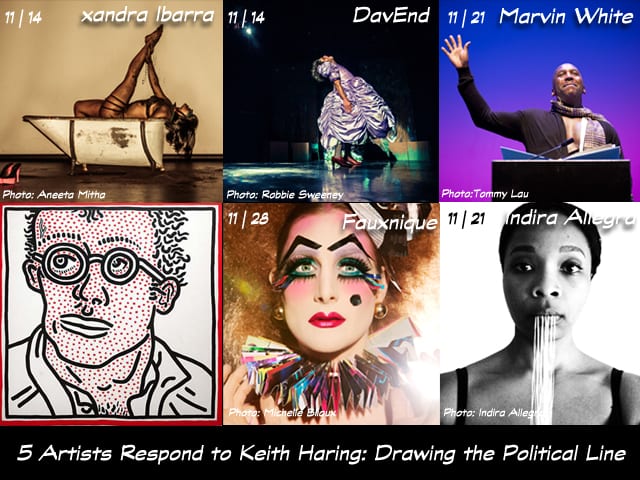 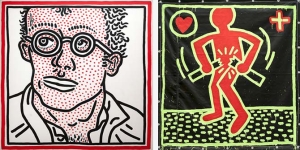 Keith Haring: The Political Line has its US premiere at the de Young and is the first major Haring show on the West Coast in nearly two decades. Many of the works are on loan from the Keith Haring Foundation, New York, with supplemental loans from public and private collections. Several pieces have not been published or on public view since the artist’s death, in 1990.

The Political Line will feature more than 170 pieces—which includes 136 works of art by the artist and 34 pieces of archival material—including large-scale paintings on tarpaulins and canvases, sculptures, and a number of the artist’s subway drawings. The exhibition creates a narrative that explores Haring’s responses to nuclear proliferation, racial inequality, the excesses of capitalism, environmental degradation, and other issues of deep personal concern.

Haring’s work has long been a part of San Francisco’s visual culture. He created works for diverse venues in San Francisco during his lifetime, including murals for DV8, a club once located in the South of Market neighborhood, and a huge, multi-panel painting for the South of Market Childcare Center (also known as the Saint Patrick’s Daycare Center). Haring’s outdoor sculpture Untitled (Three Dancing Figures) (1989), located at Third and Howard Streets, is a prominent feature of Moscone Convention Center, and his triptych altarpiece The Life of Christ (1990) is installed in the AIDS Chapel at Grace Cathedral.

Friday Nights at the de Young

Friday Nights at the de Young: 5 Artists Respond to the Keith Haring Exhibition.

As a party of the de Young’s Friday Nights Series, 5 Bay Area Artists were invited to create works that respond to the Keith Haring exhibition. DavEnd, Xandra Ibarra, Indira Allegra, Marvin White and Fauxnique/Monique Jenkinson will performing LIVE in the galleries on sequential Friday nights during November. The Artists Respond program was developed by the Keith Haring Community Advisory Committee members Rudy Lemcke and Ramekon O’Arwisters. 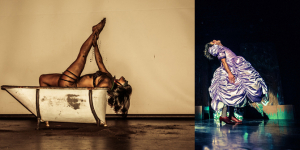 Friday Nights at the de Young: Taking it to the Streets. November 21. 6pm 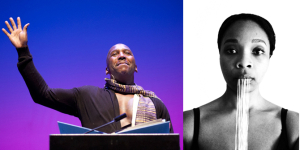 Friday Nights at the de Young: The Legacy of Youth. November 28th. 6pm

Features artist Fauxnique/Monique Jenkinson and a guided tour our the exhibition.
Photos: Keith Haring Painting and Fauxnique by Michelle Blioux 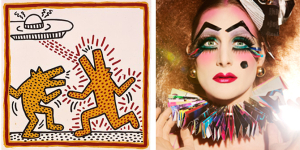