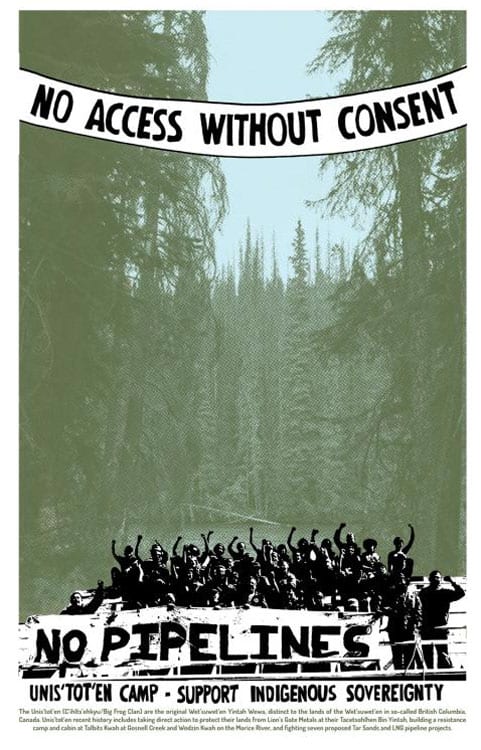 Image by Jesse Purcell in collaboration with The Unis’tot’en.

Jesse Purcell is an artist and designer based in Toronto. He is a member of Justseeds Artists’ Cooperative and the founder of Repetitive Press, a screen printing and design studio with a focus on producing visual materials in support of movements for social and environmental justice.

The Unis’tot’en (C’ihlts’ehkyu/Big Frog Clan) are the original Wet’suwet’en Yintah Wewa, distinct to the lands of the Wet’suwet’en in so-called British Columbia, Canada. Unis’tot’en recent history includes taking direct action to protect their lands from Lion’s Gate Metals at their Tacetsohlhen Bin Yintah, building a resistance camp and cabin at Talbits Kwah at Gosnell Creek and Wedzin Kwah on the Morice River, and fighting seven proposed Tar Sands and LNG pipeline projects.