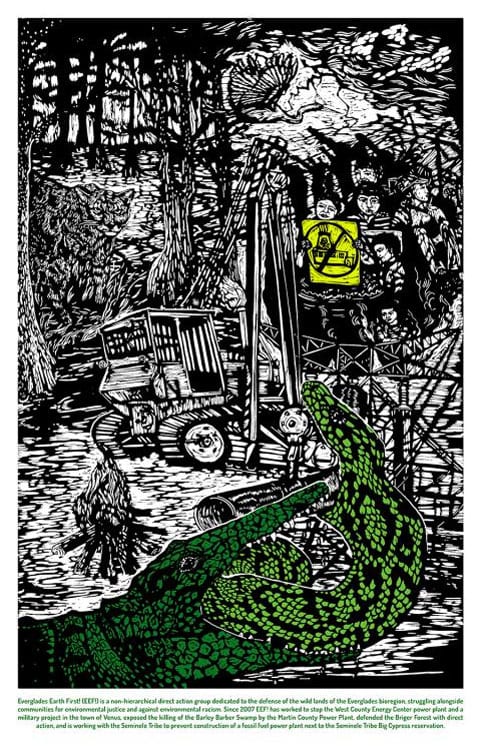 image by Thea Gahr, in collaboration with Everglades Earth First!

Everglades Earth First! (EEF!) is a non-hierarchical direct action group dedicated to the defense of the wild lands of the Everglades bioregion, struggling alongside communities for environmental justice and against environmental racism.