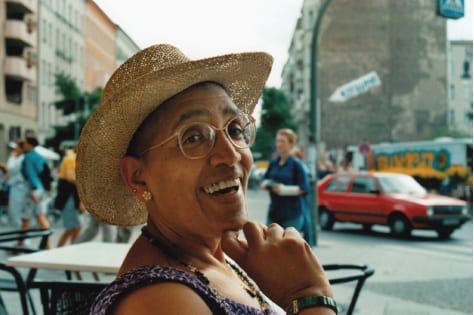 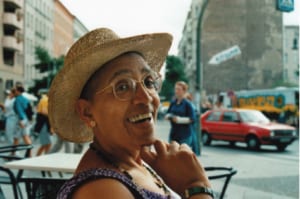 Join us for a screening of Audre Lorde – The Berlin Years 1984 -1992 on the occasion of Audre Lorde’s 80th birthday! Director and producer Dagmar Schultz has shown us the private Audre Lorde as well as the poet and the pragmatic activist, always engaging, always seeking out the truth. The film explores an untold chapter of Lorde’s life, a period in which she helped ignite the Afro-German Movement and made lasting contributions to the German political and cultural scene before and after the fall of the Berlin Wall. Lorde encouraged Black German women to write and publish as a way of asserting their identities, rights and culture in a society that isolated and silenced them, while she challenged white German women to acknowledge and constructively use their white privilege. With testimony from Lorde’s colleagues, students and friends, this film documents Lorde’s lasting legacy.

Dagmar Schultz first met Lorde at the Women’s World Conference in Copenhagen in 1980. She arranged for Lorde to be invited as a Guest Professor at the John F. Kennedy Institute of North American Studies at the Free University of Berlin in 1984. As director of publishing house Orlanda Frauenverlag Schultz edited Macht und Sinnlichkeit: selected texts by Audre Lorde and Adrienne Rich. Orlanda published further works by Audre Lorde including a bilingual edition of 42 poems Lorde selected during her last summer in Berlin (Die Quelle unserer Macht). Dagmar has also established an Audre Lorde Archive at the Free University of Berlin.

The Grove
Scroll to top