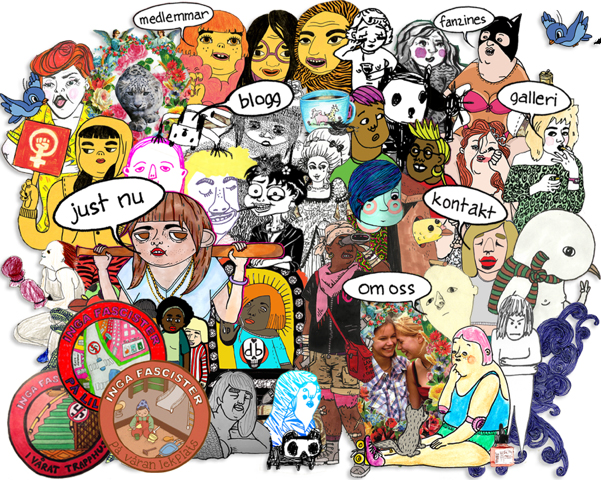 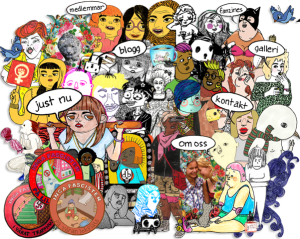 Come join Laydeez Do Comics for an evening with visiting Swedish feminist comics creators! Artists from the collective Dotterbolaget are visiting San Francisco and this is our chance to meet them in person! We will meet from 6 to 7:30 PM on Sunday, August 31, at the Cartoon Art Museum for a presentation, discussion, and time to nosh and chat.

Dotterbolaget is a feminist comics collective which was started in Malmö in Spring 2005. Here’s two of their zines: Chicks Eat Comics and Vald.

In recent years, women have in increasing numbers become visible as comic creators on the Swedish comics scene; Dotterbolaget is part of this positive development. Despite this, however, the comic scene is still characterised by patriarchal structures. A majority of publishers, editors, critics and teachers on comic courses are still men. This has consequences for both male and female comic writers. Dotterbolaget is a social arena for female comic writers, as well as a professional network where the members, instead of competing for jobs, cooperate and support each other. The group also publishes a zine and participates in exhibitions and arranging workshops in comic drawing.

Along Racial Lines
Scroll to top