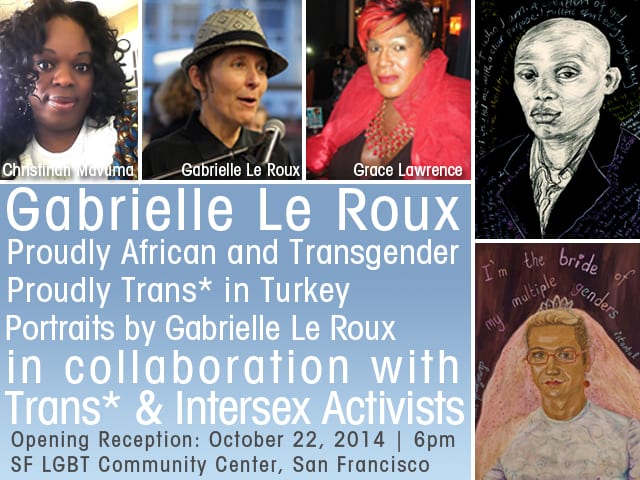 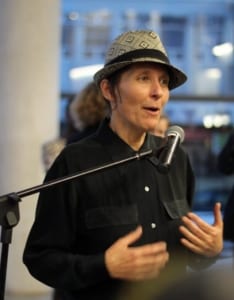 At the opening reception, Le Roux will discuss her journey and process of co-creating this series of portraits of trans* and intersex activists from Zimbabwe, Uganda, Kenya, South Africa, Namibia, Burundi, and Botswana. Le Roux will talk about the shared intention and combination of politics, creativity and interpersonal narrative used in the creation of this body of work.
Joining Gabrielle for the opening event will be Christinah Mavuma, a trans activist from Botswana who was one of the participants in the first gathering of African trans activists —an event that inspired Gabrielle’s series of portraits.
Special quest Grace Lawrence, Liberia trans activist, who is known for her work for Trans Gender Justice, will lead a discussion with the artist and audience.
This event is sponsored by the San Francisco State University’s Department of Sociology and Sexuality Studies, the Queer Cultural Center, the San Francisco Arts Commission and California Council for the Arts.