Queer cisgender women and queer transgender women are allies, friends, support systems, lovers, and partners to each other. Trans and cis women are allies to each other every day — from activism that includes everything from Take Back the Night to Camp Trans; to supporting each other in having “othered” bodies in a world that is obsessed with idealized body types; to loving, having sex, and building family with each other in a world that wants us to disappear.

Girl Talk is an annual spoken word show fostering and promoting dialogue about these relationships. Trans and cis women will read about their relationships of all kinds – sexual and romantic, chosen and blood family, friendships, support networks, activist alliances. Join us for a night of stories about sex, bodies, feminism, activism, challenging exclusion in masculine-centric dyke spaces, dating and breaking up, finding each other, and finding love and family. 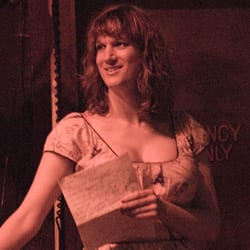 Charlie Anders hosts and organizes the award-winning Writers With Drinks reading series in San Francisco, which was namechecked in Armistead Maupin’s latest Tales of the City novel. She’s had stories in Best Lesbian Erotica 2010, Sex For America: Politically Inspired Erotica, Best Science Fiction and Fantasy 2009 and 2011, and Tor.com. She co-founded other magazine: the magazine for people who defy categories, and currently blogs at io9. She won the 2010 Emperor Norton Award for “extraordinary invention and creativity unhindered by the constraints of paltry reason.” 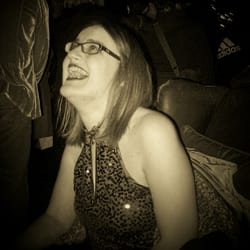 Dominika Bednarska is a postdoctoral fellow at U.C. Berkeley, where she completed her PhD in English and Disability Studies.  Her writing has appeared in Wordgathering, The Bellevue Literary Review, Nobody Passes: Rejecting the Rules of Gender and Conformity, The Culture of Efficiency: Technology in Everyday Life, What I Want From You: An Anthology of East Bay Lesbian Poets, Ghosting Atoms, and Cripping Femme. She is currently working on expanding and revising her solo show, My Body Love Story, that will be performed this spring and summer. For more information, go to dominikabednarskaspeaks.blogspot.com or become a fan on Facebook. 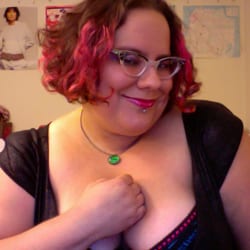 Gina de Vries founded and co-curates “Girl Talk” with Elena Rose and Julia Serano. She’s thrilled that the show is still going strong after 4 years. Gina has taught Sex Workers’ Writing Workshop since 2008, and you can find her work anthologized all over, from the San Francisco Bay Guardian to Coming & Crying. A graduate of Hampshire College, Gina is currently pursuing her Master of Fine Arts in Fiction Writing and Master’s in English at San Francisco State University. The Record, her experimental fiction novel about sex, adolescence, music, San Francisco, and growing up queer, should be hitting bookstores in 2013. Find out a whole lot more at ginadevries.com. 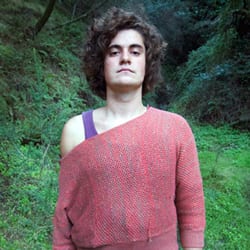 DavEnd is a tenderhearted, genderqueer, costume designing, accordion wielding songwriter, performing artist and designer based in San Francisco. Ms. End has released two studio albums (How To Hold Your Own Hand, Fruits Commonly Mistaken For Vegetables) and for the past 5 years, has been touring extensively in the U.S., performing at queer teen centers, festivals, colleges, theatres and backyards. DavEnd’s current project, Fabulous Artistic Guys Get Overtly Traumatized Sometimes: The Musical!,brings together the worlds of music and radical performance art in a theatrical extravaganza, exploring the effects of heterosexism and street harassment on the development of queer identity. 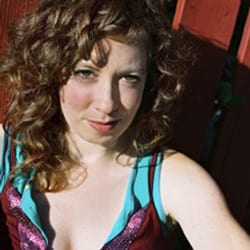 Thea Hillman is a mother, writer, and performer. Her book of poetry and fiction “Depending on the Light,” was published in 2001. Her Lambda award-winning memoir, “Intersex: For Lack of a Better Word” came out in 2008 and is taught at universities around the country. 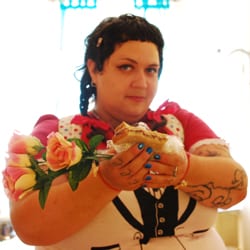 Nomy Lamm is a writer, musician, performance artist and voice teacher.   Her band, nomy lamm & THE WHOLE WIDE WORLD, is a flexible platform for collaboration with everyone and everything, including other musicians, artists, poets, puppeteers, spectators, and the moon.  She performs regularly with Sins Invalid, creating musical dreamworld performance art about disability, sexuality and social justice.  She is currently working on her MFA thesis, a collection of short stories called “515 Clues,” and writes an advice column for Make/Shift magazine called “Dear Nomy.” 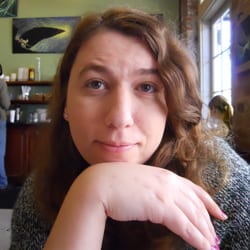 Emily Manuel is a Greek-Australian becoming-Jewish writer, blogger, editor, sometime academic, musician, partner, mother to four cats, and beekeeper.  She found a bee and she kept it – that’s the first rule of beekeeping.  She is editor-in-chief at Global Comment magazine, and her work has also appeared at Questioning Transphobia, Tiger Beatdown, Billboard magazine, Bitch magazine, and many others.  She has a PhD in English from Murdoch University in Australia gathering dust in the corner. 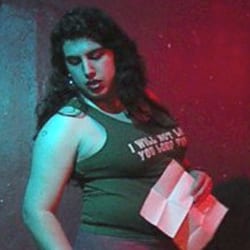 Elena Rose, a Filipina-Ashkenazic mixed-class trans dyke mestiza, rode stories out of rural Oregon and hasn’t stopped making words since.  In her second year co-curating “Girl Talk” and fourth as a performer, she writes online as “Little Light,” travels the country as a preacher and poet, and has dedicated herself to the work of radical love, queer theology, and justice for those who live at the edges.  Her work has turned up everywhere from college classrooms to bathroom mirrors to protest marches, in magazines including Aorta and Make/Shift, and on the acclaimed spoken-word album It Is Better to Speak!  Rose is currently finishing her first book, Mountain of Myrrh, forthcoming from Dinah Press, and attends seminary in Northern California, where she resides with her wife and a small but well-loved pomegranate tree. 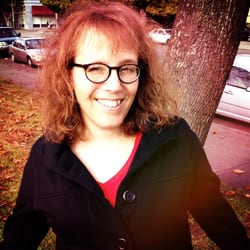 Julia Serano is an Oakland, California-based writer, performer and activist. She is the author of Whipping Girl: A Transsexual Woman on Sexism and the Scapegoating of Femininity, a collection of personal essays that reveal how misogyny frames popular assumptions about femininity and shapes many of the myths and misconceptions people have about transsexual women. Julia’s other writings have appeared in anthologies (including Gender Outlaws: The Next Generation, Word Warriors: 30 Leaders in the Women’s Spoken Word Movement and Yes Means Yes: Visions of Female Sexual Power and A World Without Rape), in feminist, queer, pop culture and literary magazines and websites (such as Bitch, AlterNet.org, Out, Feministing.com, and make/shift), and have been used as teaching materials in gender studies, queer studies, psychology and human sexuality courses in colleges across North America.  juliaserano.com. 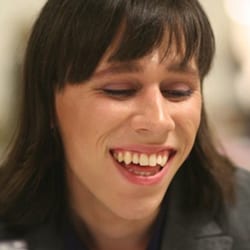 Jos Truitt is a Boston native and recent transplant to San Francisco. She joined the team at Feministing.com in July 2009 and became an Editor in August 2011. Jos attended Hampshire College where she coordinated the school’s annual national reproductive justice conference. After college she worked in the reproductive health, rights and justice movements in Washington, DC. Jos has spoken and trained at numerous national conferences and college campuses about trans issues, reproductive justice, blogging, feminism, and grassroots organizing. Jos is currently pursuing an MFA in Printmaking at San Francisco Art Institute. 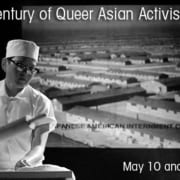 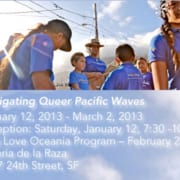 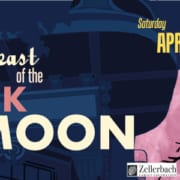 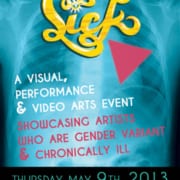 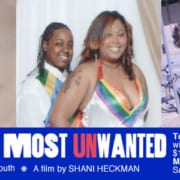