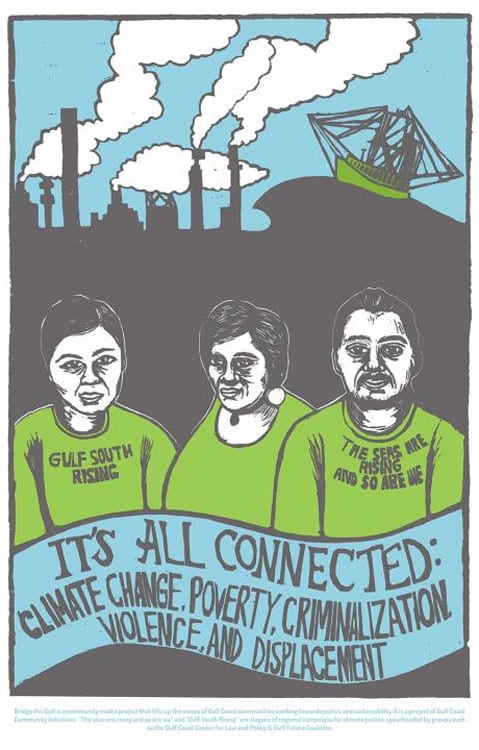 Image by Meredith Stern in collaboration with Bridge the Gulf.

Meredith Stern’s multifaceted practice includes printmaking, ‘zine publishing and socially engaged creative production. Meredith is a member of the Justseeds Artists’ Cooperative and has collaborated on several large-scale art installations at the national and international levels. Her work is part of the permanent collection of Book Arts at the MOMA, The Library Of Congress, and in Universities and Libraries around North America.

Bridge the Gulf is a community media project that lifts up the voices of Gulf Coast communities working towards justice and sustainability.