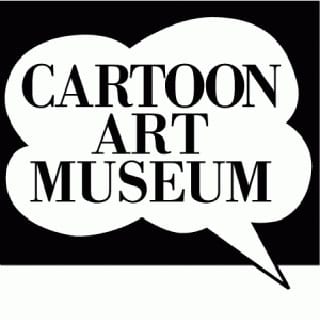 Tickets: Museum admission $8 general or $6 student and are available at the door and in advance from the Queer Cultural Center.

Be part of the first annual Queer Comics Expo at the Cartoon Art Museum!

Join the Cartoon Art Museum for a celebration of Queer Culture in Comics! Draw, meet artists, put on your best comic drag, mingle with Queens, watch demonstrations, join conversations, and learn about LGBTQ representation in comic books. All while drawing for truth, justice & the queerest possible way!

The Cartoon Art Museum is just a block away from the Metreon, Yerba Buena Center for the Arts and Contemporary Jewish Museum. Visit us on Mission St. between 3rd St. and New Montgomery St. 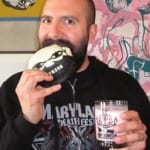 Ed Luce – http://www.wuvableoaf.com -Ed Luce is the creator of Wuvable Oaf, an ever-expanding line of comics, shirts, toys, records and other schwag.  He has contributed work to the infamous Henry & Glenn Forever & Ever comic series.  Other highlights include pieces in Fantagraphic’s No Straight Lines, Maximum RockNRoll and BEAR Magazine. He is also the editor of Oafanthology, a collection of Wuvable Oaf comics by other creators, including Johnny Ryan, Junko Mizuno, Gengoroh Tagame and Tom Neely.  For more, check out wuvableoaf.com. 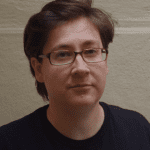 Jett Atwood – http://www.tg-studios.com – Jett has been drawing since the age of 6. A graduate of Sheridan College’s classical animation program, Jett’s work has been seen in a wide variety of projects, from video games to tv shows to independent films. She was responsible for creating the animation for the popular lesbian film, “And Then Came Lola.”

Her first 24 hour comic “Puzzles” was included in the Eisner nominated “2005 24 Hour Comics Anthology.” She is also the creator of “Battle On!”, the wildly popular Xena comic strip which ran during the hey day of the show, “Frakking Toasters,” a Battle Star Galactica themed strip and “Red Sparrow,” which followed the exploits of a D list superhero.  In 2013, she and her writing partner published “iPlates: Pure Book of Mormon Awesomeness” and is now currently hard at work on Volume 2.  She works as a freelance animator and storyboard artist in the Bay Area where she lives with her partner Lisa and her cat Beowulf. 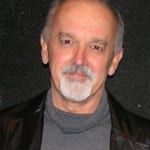 Rudy Lemcke is a new media artist. He holds a degree in Philosophy from the University of Louvain, Belgium and a degree in Web Design and Technology from San Francisco State Multimedia Studies Program.

His artwork has been exhibited internationally in galleries and museums such as the Whitney Museum of American Art, the DeYoung Museum, the Berkeley Art Museum and recently at the Vargas Museum in Manila. His video work has been screened in New York, Paris, Mexico City and regionally as part of the San Francisco International LGBT Film Festival, Frameline and the GLBT History Museum.

His recent graphic novel Orpheus was produced with the support of an Individual Artist Commission by the San Francisco Arts Commission. 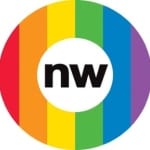 Our commitment to quality has paid off; the first release from Northwest Press—Jon Macy’s Teleny and Camille—won the Lambda Literary Award for Gay Erotica in 2011. Justin Hall’s Glamazonia: The Uncanny Super-Tranny was also nominated for best Transgender Fiction. 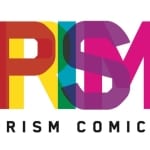 Prism Comics – http://prismcomics.org – Prism Comics is a nonprofit organization that supports lesbian, gay, bisexual and transgender (LGBT) comics, creators, and readers. Prism Comics was incorporated in April 2003 in the state of Georgia and received its 501(c) 3 charitable status shortly thereafter.

Prism Comics awards a $1000 grant each September to a comics creator who is publishing a work of interest to an LGBT audience and publishes the annual resource guide, Prism Comics: Your LGBT Guide to Comics. We hope to acquaint readers with a range of creators and good stories that they can both relate to and that reflect their own experiences. We hope that more readers will sample the work of LGBT creators when they’re spending their money on comics and, as a result, demonstrate to more publishers that these books are truly worthwhile. We also hope to knit together a large LGBT comics community so that creators can feel more comfortable coming out of the comics closet and standing up as proud participants in an industry we all care about.