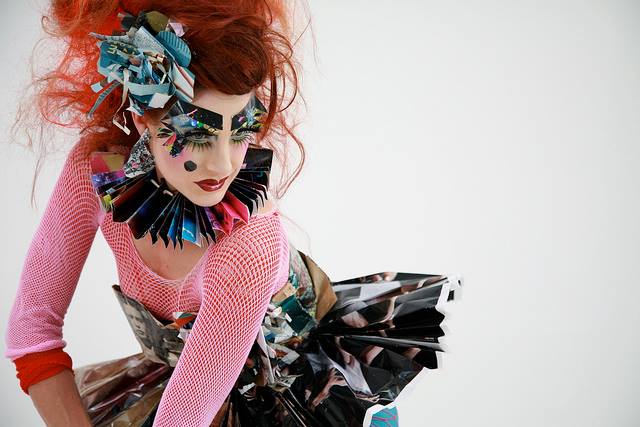 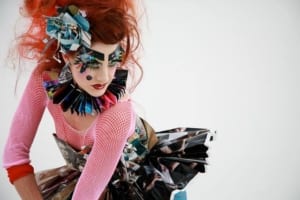 RADAR invites you to listen to the stars in the moonlight
Hosted by the Luggage Store Gallery at the Tenderloin National Forest
511 Ellis St (near Leavenworth)
Saturday July 12, 8-10pm

FEATURING The Moon and The Stars:

Sarah Fran Wisby is the author of the heart’s progress and VIVA LOSS. She writes poetry, fiction, pornography, plays, and status updates, preferring to deepen and subvert genre by way of the hybrid form. She lives in San Francisco and works in the food trenches, but is about to live out of her car for three months on tour. Check out more pictures of her wearing fur and read her woefully outdated blog at www.sarahfranwisby.com.

Tom Cho’s collection of fictions, Look Who’s Morphing, was published to acclaim in Australia and was shortlisted for various literary awards, including the Commonwealth Writers’ Prize for Best First Book. Studied in Australia, USA, Switzerland, UK, Canada and elsewhere, Look Who’s Morphing was recently released for North America and Europe by Arsenal Pulp Press. Tom also has 70 publications of fiction pieces in literary journals and
anthologies, and has received various arts grants and artist residencies. He is currently writing a novel about the meaning of life. Visit his website at tomcho.com

DavEnd is a tender-hearted, accordion-wielding songwriter, performing artist and costume designer based in San Francisco. For the past 8 years, Ms End has toured the US extensively, released 2 studio albums, wrote and produced her original musical, “Fabulous Artistic Guys Get Overtly Traumatized Sometimes: The Musical!”, and is currently working on a new show based entirely around large, sculptural costumes.

Daniel LeVesque is a burned-out hairhopper and the author of the novel “Hairdresser on Fire” (Manic D Press 2013). His work has been published in the anthology Chills, Pills, Thrills, and Heartache: Adventures in the First Person (Alyson 2004), as well as in countless magazines and online formats. He is an occasional contributor to Punk Globe Magazine. Hairdresser on Fire is his first novel and he has been touring it nationally. A frequent offender at the RADAR Reading Series and a fellow at the RADAR Lab in 2011, Daniel has been a touring member of Sister Spit and a repeat feature at the Porchlight Storytelling Series in San Francisco. A Leo with Aquarius rising, he lives in Oakland, California.

Monique Jenkinson – FAUXNIQUE – is a multifaceted artist whose work places itself in the gaps between dance, theater, drag and performance art. She has created and performed internationally and locally at ODC Theater, CounterPULSE, Yerba Buena Center for the Arts, the de Young Museum, and Trannyshack in San Francisco; the New Museum, Judson Church, Danspace Project, Howl Festival and the legendary Stonewall in New York; the Met Theatre in Los Angeles; the New Orleans Fringe Festival; the Coachella Festival; and in Reykjavik, Amsterdam, Edinburgh and London. Monique’s drag queen alter ego, Fauxnique, a prolific fixture on the experimental performance scene, made history as the first woman to win San Francisco’s infamous Miss Trannyshack Pageant and was named ‘Best Drag Act’ (2009) in the San Francisco Bay Guardian’s Best of the Bay Readers’ Poll. She also appears in the documentary Filthy Gorgeous: the Trannyshack Story and the April/May ’08 issue of Bust magazine.

Minor White: Manifestations of the Spirit
Scroll to top