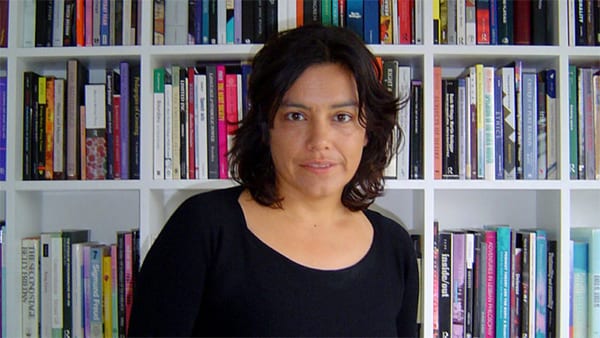 Join us for a talk with renowned scholar Sara Ahmed, whose work lives at the intersections of feminist, queer, postcolonial, and critical race theory.

This lecture explores the queerness of use as well as uses of queer. The lecture begins with a reflection on the gap between the intended function of an object and how an object is used as a gap with a queer potential. The lecture does not simply affirm that potential, but offers an account of how institutional worlds are built to enable some uses (and users) more than others. To bring out the queerness of use thus requires a world-dismantling effort. The lecture reflects on how dismantling is framed as damage and considers the relationship between the creativity of queer use, violence and survival.

Sponsored by the Center for the Study of Sexual Culture with additional support from UC Berkeley’s College of Environmental Design, the California College of the Arts and the Queer Cultural Center.

Sara Ahmed is an independent scholar and writer. Her work is shaped by a close engagement with feminist and queer of color scholarship and activism. She has recently completed a book What’s the Use? On the Uses of Use and has begun working on an empirical research project on complaint. Her publications include Living a Feminist Life (2017), Willful Subjects (2014), On Being Included (2012), The Promise of Happiness (2010), Queer Phenomenology (2006), The Cultural Politics of Emotion (2014, 2004), Strange Encounters (2000) and Differences that Matter (1998).

The Center for the Study of Sexual Culture

The Center for the Study of Sexual Culture was founded in 2001 to support research and critical conversations concerning sexuality, sexual culture, and their mutually determining relationship to institutions, social practices and norms, and modes of representation. We understand sexuality to essentially inform diverse fields of social life, such as the state, the economy, civil society, family forms, social identity, and the cultural modes of representation. We draw from a broad field of scholarship in which sexuality is found to participate in discussions as far-reaching as: reproductive control and rights, heredity, marriage, nationalism, welfare systems, property, adoption, animal ethnographies, colonial imaginaries and administrations, performance, language norms, gendered ways and styles, disability politics and culture, visual cultures, materialities, and more. (website)