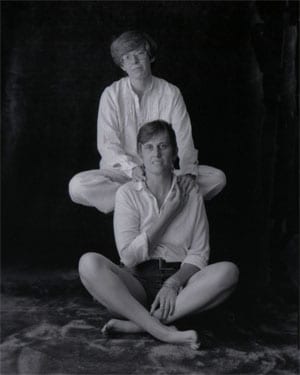 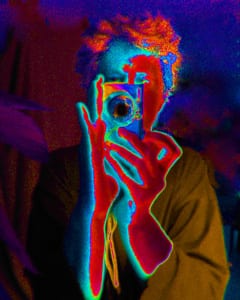 According to Completely Queer: The Gay and Lesbian Encyclopedia, Tee A. Corinne “is one of the most visible and accessible lesbian artists in the world.” Her 1975 Cunt Coloring Book continues to outrage conservatives of every stripe. Three of her books, including Intimacies: Photographs by Tee Corinne, have been Lambda Literary  Award Finalists.

Writing in Uncommon Heroes, Paula Neves notes that Tee Corinne’s “graphic depictions of women of all shapes, sizes, beauties and physical abilities have departed from both fashionable standards of sexual correctness and from the Playboy Mentality.”

Scars, Stoma, Ostomy Bag, Portacath: Picturing Cancer In Our Lives takes as its subject her dying lover’s body during the last year of the lover’s life. Once again, Corinne turns her artist’s eye on a subject often missing in  traditional art arenas.

More information about her work can be found in Nothing But The Girl: The Blatant Lesbian Image (Cassell, 1996). Her papers reside in the Special Collections of the University of Oregon: http://libweb.uoregon.edu/speccoll/.

1. QCC’s on-line exhibition. In June of 2006, Lenore Chinn (former president of the Board of Directors of the Queer Cultural Center) and members of the College Art Association’s Queer Caucus were sent CDs of images by their friend Tee A. Corinne. The images on the disk were from of a series of photographs called, “Scars, Stoma, Ostomy Bag, Portacath: Picturing Cancer In Our Lives.” Lenore brought the existence of this remarkable body of work to Qcc’s attention, and realizing its importance, we quickly sought permission from the artist to reproduce a selection of the photographs as an on-line exhibition.

We would like to thank Tee A. Corinne for her beautiful work and life. We would also like to thank: Jean Sirius, Laurie Toby Edison, Lenore Chinn, Mic Sweney, Rudy Lemcke, and Pam Peniston, for their involvement in getting this project on-line. 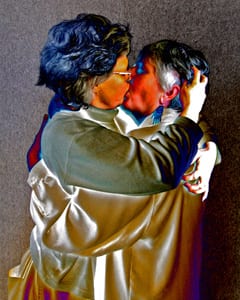 With Tee’s subsequent passing in August of 2006, QCC decided to bring these photographs together with her stirring lecture on lesbian self-portraiture – a tracing of the vibrant history and different modes of expression – and in a sense surround her with her peers. This exhibition was presented at SomArts Cultural Center in San Francisco in June of 2007 as: “Tee Corinne – Self-portraiture in the Lesbian Community & Picturing Cancer in our Lives.” 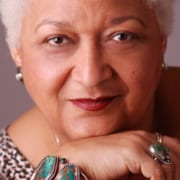 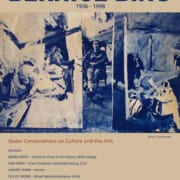 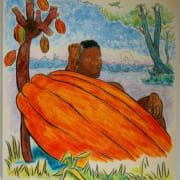 Tee Corinne: Picturing Cancer in Our Lives
Scroll to top