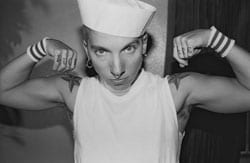 Swordfish Productions & The Queer Cultural Center will host a Public Forum, Performance and Film on Drag King culture on Sunday June 13th at SOMARTS.  Focusing on the issues of Art, Sex, Gender & Race, Bay Area Drag Kings and Queer Art Historians will discuss the effects of Drag King culture as a catalyst for the re-defintion of sex and gender in genetically born females and the ramifications on our communtiy.

The award-winning short documentary film: Strap ‘Em Down! The World of Drag Kings by Ann P. Meredith will also be shown. 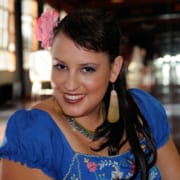 FOLLOW US!
Spouses For Life Q COMEDY 2004
Scroll to top