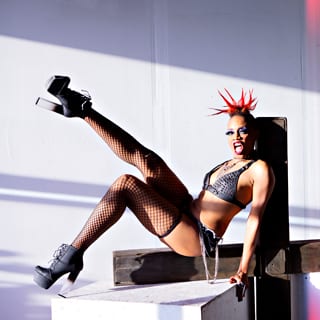 Watch out world! Vixen Noir, SupaStar, is in the building! And, she is taking CD Release Parties to a whole nother level! Celebrating the release of her Debut EP, DANGEROUS, Vixen delivers the songs from the EP in an explosive one-woman theatrical BODY of work drizzled in burlesque-tease, androgynous swag, provocative word-slinging and hard-hitting truth. This ‘Liquid Fire’ legacy grabs you by the hands, balls, hair, boobs, or whatever BODY part she can, and takes you down the DANGEROUS (good & bad) roads she’s traversed to become the Artist and woman she is today. And who better to have as guest SupaStars on the bill? Two of the queerest, most theatrical Bay Area bands on the come-up: electro-pop duo, GAYmous; and musical powerhouse duo GEM TOP. With DJ Trinity keeping it real! Your host for the evening Kaila Love, who features on Vixen’s debut single, Dangerous! For all Vixen connections: VixenNoir.com 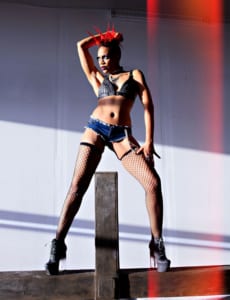 Vixen Noir is a rising SupaStar singer, songwriter, recording artist and performance artist. With her in-your-face, kickass, raw talent and sexy-as-hell style, she burst onto the music scene with her debut single, Dangerous, in 2013 to rave reviews! Now she is about to drop her follow-up Debut EP, DANGEROUS, this summer 2014! Says Vixen, “Each song on DANGEROUS, represents parts of my journey home to my true, divine passion: music; and the “Dangerous” (good and bad) roads I traversed to get here.” Vixen describes her music as “alternative dance pop soul.” Her musical influences include Grace Jones, Madonna, Eurythmics, Nina Simone, Billie Holiday, Queen, the Police—to name a few of the many. A major influence for Vixen is Deep House! She grew up on this music and says, “I want people to be moved deep down in their hearts, their spirits, their bodies by my music, the way House music moves me. So there will always be some element of House, however small or subtle, in my music.” Vixen’s performances are bold and unapologetic and inspire others to revel in their own power. She integrates her extensive dance and theatre background to create show-stopping performances that range from sublime to raucous, raunchy to sensual, titillating to beautiful, and that are artistically compelling and visually stimulating. She is dedicated to using her artistry to build bridges across racial, social and economic divides and to inspire others to celebrate the diversity of gender and sexual expression. 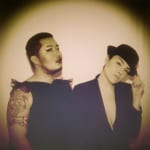 Bellows is a queer bay-area-native drag performance duo, featuring songwriter, Ms. Kyle Casey Chu on vocals, and Mr. Rachel Waterhouse on keys. Their smoldering sad-faggot murder ballad love songs have been likened to the stylings of Rufus Wainwright, Elton John and the late Freddie Mercury. They are committed to harping on their exes, publicly shaming gaycist queens and airing out only their moistest, most stinkiest laundry. facebook.com/bellowssf 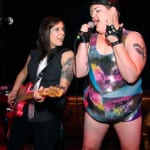 Motivated by a dare and a mutual belief in the power of the synthesizer, GAYmous started emotionally scissoring with audiences in 2012 and fans never want it to stop. Bay Area Slut Step artists, FX Boi and Pizza Cupcake heat up the stage with their interactive theatrical shows. They have shared the stage with the likes of Double Duchess and Daddies Plastik. Choreo breakdowns and tiny shiny costumes compliment a queer electro-pop sound that is the child of Prince and all his lovers’ bands, Gravy Train!!!, and the sound of the kinky sex your neighbors have upstairs. facebook.com/gaymousband 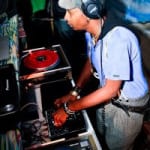 DJ Trinity began spinning vinyl in 2001 by playing around with friends trading off two songs each. Those early experiences taught her about the importance of flow and transition, as well as creativity and flexibility in the moment. Learning to beat match opened her up to an entirely different way of hearing music, using the whole body to “hear” and count beats. A bass junkie since birth, Trinity’s first and forever love is Drum & Bass. However, she expertly weaves all genres of music, working hard to engage her audience in an experience that touches their body, mind, and soul. Known for her smooth grooves, unique style, and passion for music, Trinity has rocked events across the country, and held residencies at some of the hottest and most innovative parties in the Bay Area. https://boidoula.wordpress.com/dj-trinity/ 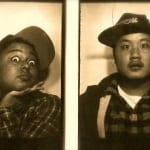 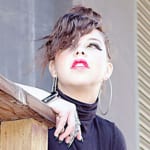 Kaila Love is a full time student at UC Berkeley majoring in political science who plans on running for the U.S. presidency in 2040! This dynamo is also a poet, rap artist, singer, songwriter and radical advocate for keeping “real” Hip Hop alive by teaching about this art form and organizing events like Hip Hop in the Park. She also teaches writing workshops to first generation college bound, low income, high school students. Kaila Love is the featured rap artist on Vixen Noir’s debut single, Dangerous.

Fresh Meat in the Gallery