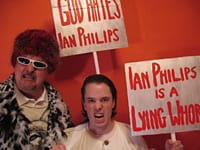 Kirk Read is the author of “How I Learned to Snap” and two upcoming books, a novel and a collection of essays. He created the multimedia show “This is the Thing” with Jeffrey Alphonsus Mooney and is the director of Army of Lovers. He’s worked at St. James Infirmary and toured twice with the Sex Workers Art Show. He grew up in Virginia.

Ed Wolf is a writer whose work has been published in numerous anthologies, including “Queer and Catholic,” “Beyond Definition” and “Rebel Yell.” He has been working full time in HIV/AIDS services since 1983, including a number of years as a grief counselor on Ward 5A at San Francisco General Hospital. He grew up in New York and Florida as the oldest in a family of ten.

Mariko Passion, Educated Whore and Urban Geisha is a performance artist | activist | educator | whore revolutionary. She sings and rhymes her experiences and reality over beats, produces auto-documentary videos. She educates the community and fights for social justice issues related to sex workers rights in LA, across the U.S and the world.This community includes current and potential clients, current, former and previous workers; the queer community, college classes, feminists, women of color, people of color, revolutionaries who think they know about us but don’t ask and more. She panels at conferences in the U.S and internationally and has been published in $pread, SF Examiner, interviewed on KPFA’s Hard Knock Radio, Shake Clear Channel’s LGBT Radio, and Radio Suzy 1. She most recently performed at the International AIDS conference Global Village stage in Mexico City, a conference that drew 20,000. She is available to create a workshop, presentation, or performance for groups.  Her songs “Decriminalize Me” personifies prostitution in an electronic influenced song that speaks of the common threads that she has with everyone else. “Keep On” speaks on the intense drive and passion of certain born to be hustlers living in a sexist world. 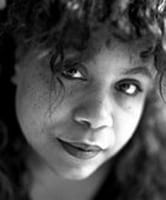 These days Ginger Virago‘s busy recreating herself, dolling out sexual education to the masses, working the frontlines of HIV prevention, or shaking her thang in dark seedy places. Recently she was featured in the pages of Leonard Nimoy’s Full Body Project a collection of photographs depicting the beauty of size diversity. 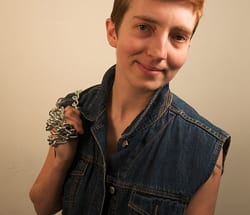 Seeley Quest is a performer, sex-selling deviant and confirmed ho-chaser who has featured at the 2002 first international Queerness and Disability Conference, the 2003 national True Spirit Conference, the San Francisco Center’s opening week gala Some Kind of Queer, the 2003 Trannyfest, the 2002 Bay Area Ladyfest, the ’05, ’06, ’08 and ’09 SF Anarchist Cafes, the 2007 SF Sex Worker Film and Arts Festival, Sins Invalid 2007 and 2008, SF Bay Guardian ‘Best of the Bay’ event Writers With Drinks, 848 Community Space and Counterpulse, in residency at the Jon Sims Center, in the ‘Trans As Fuck’ shows sie also co-instigated, the 2008 National Queer Arts Festival in ‘TAF’ and ‘Marginal Bodies’, L.A.’s Trans/Giving, on tour with the Tranny Roadshow in ’05, ’06 and ’09, and elsewhere. Sie also proposed and co-facilitated the 2004 Homo a Go Go and 2004 Bay Area Ladyfest’s disability workshops, and is honored to work with this pro-ho artful education project.