In Kareem Khubchandani’s Lessons In Drag, Professor Lawhore Vagistan, a drag queen attempting to make it on the Bollywood Screen, educates her classroom about the day’s topic – Fillum. By combining ethnographic interviews, queer South Asian fiction, Bollywood-inspired comedic drag sequences, and improvised audience interaction, Kareem stages the many ways in which film becomes a tool of survival for marginal subjects.

Anuj Vaidya’s Bad Girl With a Heart of Gold finds the artist in conversation with his own film of the same name. The performance explores the genealogy of the Bollywood vamp – from her origins in the Jewish stars of early Indian cinema to the iconic roles of the anglo-Indian actress Helen in the 60s/70s. The experimental narrative weaves many of her signature roles together to pose the question: Can Helen escape her perpetual death by Bollywood? 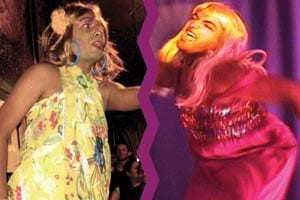 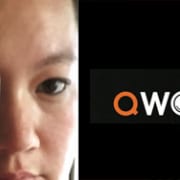 FOLLOW US!
Shafted: The Blaqxploitation Project Stories of Queer Diaspora
Scroll to top