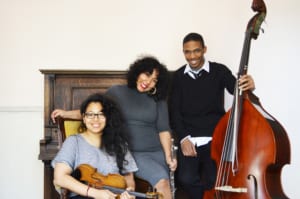 Drawing Lineage, Building Legacy is an intergenerational community chamber music project featuring queer and trans of color classical musicians illuminating our shared lineage and creating collective legacy in classical music. The performance will engage audiences in a soundscape of queer past and future through works by queer composers and composers of color.

From chronicles of civil war to queer kitsch, this concert program features a curated collage of contemporary and canonical works that center the creative voices of queer and trans people of color in classical music. In doing so, we create alternative narratives that shatter one-dimensional myths about the roles, contributions, and creative capacity of historically marginalized groups. Drawing Lineage, Building Legacy bridges individuals from multiple sectors within the classical music industry, bringing together performers, composers, educators and arts activists to generate historical narratives and queer futures that reflect our distinct experiences, priorities, and collective artistic vision. 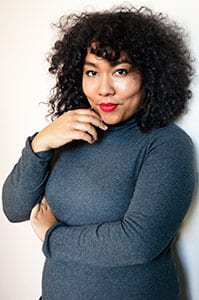 Sarah Cargill is a Bay Area flutist, teaching artist and youth worker aiming to implement socially relevant and culturally accessible avenues to classical music training and live performance within working-class and queer communities of color. She is a fierce advocate for queer people of color visibility and leadership in classical music and believes in the power of artistic resistance to create social change. Her past teachers include Mary Stolper, Amy Likar, Stacey Pelinka, and Maria Tamburrino. She has performed in master classes led by Carol Wincenc, Robert Stallman, Liisa Ruoho, Martha Aarons and Molly Barth. An avid orchestral flutist, Sarah was actively involved in various orchestral ensembles in the Bay Area including the UC Berkeley Symphony Orchestra and the Bay Area Rainbow Symphony. Sarah’s recent solo and chamber performances and collaborative projects with queer of color community artists aim to challenge traditional performance practices and unpack the politics of race, gender, class, queerness and colonial mentality in classical music. Sarah graduated from The University of California, Berkeley with a B.A. in Music and Gender and Women’s Studies. She currently serves as a member of the Board of Directors for Bay Area Girls Rock Camp in Oakland, CA. 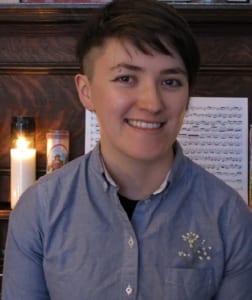 Ami Nashimoto is a prominent member of the Bay Area music scene, playing with numerous ensembles and bands including The Holloway String Quartet, Mission Baroque, All My Pretty Ones, as well as playing in numerous pit orchestras. She uses her multi-instrumental abilities to incorporate cello, piano, sitar, tabla, accordion, and ukulele into her projects. She studied chamber music under coaches including the Alexander String Quartet, Martina Trumpp, and Yuval Yaron; cello under Carol Rice, Geoffrey Rutkowski, Mario DeSecondi, and Sandy Wilson; and played in master classes taught by such artists as the Juilliard String Quartet, Toby Appel, and David Requiro. She studied at the Ruth Asawa School of the Arts, UCSB, SFSU, and most recently at the Musikhochschule Trossingen in Germany. 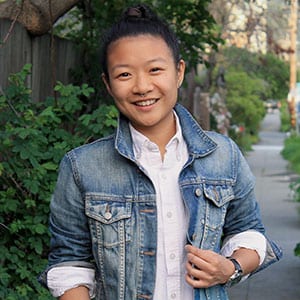 Airin Chen is a violinist born and raised in the Bay Area. They have been in Berkeley Youth Orchestra, Oakland Youth Orchestra, Young People’s Symphony Orchestra and various chamber groups throughout their youth. They are excited to be a part of Drawing Lineage, Building Legacy as it is as much music as societal resistance. Airin just graduated from UC Berkeley in May 2016 and is on the pursuit of queering music, fashion, and healthcare. 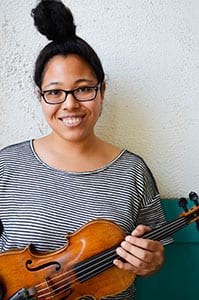 Lydia Eyssallenne strives for community and its greater growth through art and music.  Lydia has studied at San Francisco Conservatory of Music, where she received formal training in classical music, and has studied African drumming at City College of San Francisco.  She is a guest artist with Americana Orchestra, a member of Midtown Social, and Afoutayi Dance & Drum Co. 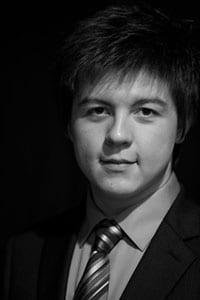 Niko Umar Durr (b. 1995) is a composer and performer of many different genres of music, mainly classical. He has played with Young People’s Symphony Orchestra, based in Berkeley, California, following them on two tours to Australia/New Zealand and Alaska, respectively. He has also performed with the orchestra at Davies Symphony Hall in San Francisco for the Bay Area Youth Orchestra Festival. In addition to his classical performances, Mr. Durr has also performed with smaller ensembles at Yoshi’s, a live music venue/restaurant in Oakland, California. 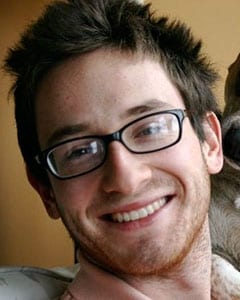 Nate Ben-Horin is a pianist, singer and composer. He recently graduated from UC Berkeley, where he won the Music Department’s inaugural Austin F. William Prize in piano performance. He was also president of the Undergraduate Composers Club at UC Berkeley, and sang in Marika Kuzma’s Grammy-winning Chamber Chorus. He currently teaches and performs in the Bay Area. 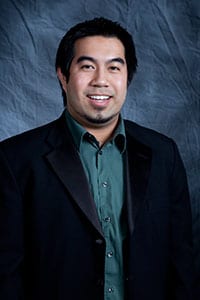 Al Bona has played the clarinet since age 10. He was a member of the C.B.D.A. All-State Honor Band throughout high school and performed in the Rose Parade in Pasadena, the Midwest Clinic, the Edinburgh Easter Festival, and in Carnegie Hall during that time. At UC Davis, he performed in various chamber ensembles, and played in the UC Davis Symphony Orchestra as principal clarinetist. He graduated from the University of California, Davis with a Bachelor of Science in Exercise Biology and a Bachelor of Arts in Clarinet Performance. After graduating, he played briefly with the University of California Berkeley Orchestra. 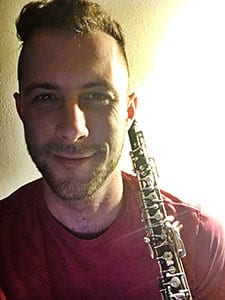 Christopher Wirick has played the oboe for over a decade is currently the principal oboist of the UC Berkeley Symphony, where he has been an orchestra member for six seasons. He has previously toured internationally as principal oboist and solo English horn with respectively the UC Berkeley symphony, The San Francisco Symphony Youth Orchestra and the American Philharmonic. In 2010, he transferred to UC Berkeley to study Mathematics and Cognitive Science, finishing in 2013 with a double degree. Chris is constantly inspired and in wonderment of great artists and musicians, and his biggest influences include his oboe teachers Jonathan Fischer, Russ DeLuna, Pam Smith and Daniel Celidore, as well as his musical idols Marc Lifschey, Martha Argerich, Claudio Abbado, and Leontyne Price. Chris is from Sonoma, CA. 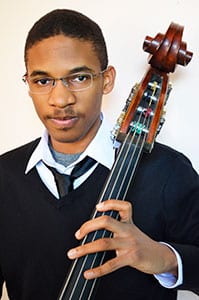 Joshua Potolo is a bassist at the Ruth Asawa School of the Arts (RASOTA) high school orchestra and has been playing Contrabass for 7 years. He has participated in the San Francisco Golden-Gate Philharmonic Youth Orchestra and is a recent graduate of RASOTA High School. Joshua currently lives in San Francisco, CA and continues to pursue areas of study in music composition and physics. He is currently making plans for college. 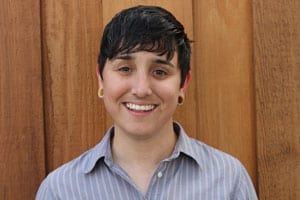 Sarah Mobarekeh moved to the Bay Area in 2011 and has been actively playing music in San Francisco and Oakland since their arrival.  Sarah was born in Sarasota, Florida and grew up in a household that encouraged learning music from an early age.  Sarah started playing trumpet in 4th grade and took on the French horn in 6th grade.  Their musical voyage picked up steam as they entered the West Coast Symphony’s youth philharmonic program.  Continuing their musical career, Sarah attended Florida State University for performance music.  Since moving to California Sarah has started a career in engineering, taught trumpet to young musicians and played in the band Bones of a Feather. 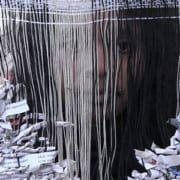