Just how free can we get? How do we get there? FREE explores the ways Two Spirit, trans* and queer people of color have fought for justice on our own terms throughout history. We’ll time travel, visiting with ancestors and future descendants to explore our freedom dreams. Come to a ritual space of conversation and transformation to imagine our beautiful futures. Featuring breathtaking new collaborative performance work by Qwo-Li Driskill and Natro, Cherry Galette, Juba Kalamka and Joshua Merchant, Leah Lakshmi Piepzna-Samarasinha, Fabian Romero and Micha Cardenas, Manish Vaidya, and Anna Martine Whitehead, and video art by Adrienne Maree Brown, Alexis Pauline Gumbs and Julia Roxanne Wallace, and Vanessa Huang, with a sneak preview of the new film MAJOR!, introduced by Miss Major Griffin-Gracy.  ASL interpreted, wheelchair and chemically accessible.

FUNDERS/SPONSORS
Mangos With Chili is a fiscally sponsored project of CounterPulse, and is generously supported by the Horizons Foundation and our grassroots family of supporters. 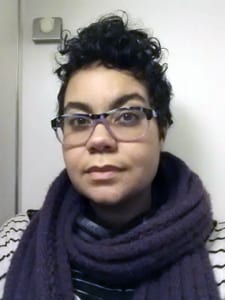 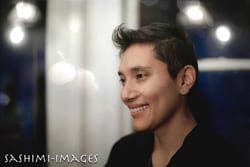 Fabian Romero is a Queer Chicano poet, performance artist and community organizer. They co-founded and participated in several writing and performance groups including Hijas de Su Madre, Las Mamalogues and Mixed Messages: Stories by People of Color. They strive to write sincere poetry and stories that stem from my experiences as an Economic Refugee, speaking two languages, Queerness, gender-queerness, brown skin, time as a migrant worker and childhood in poverty. Romero was born in Michoacán, Mexico and came to North America when they were seven years old. Since 2007 they have performed throughout North America. Romero is pursuing my BA at Evergreen State College with a focus in writing, social justice and education. Currently they are the Co-Director of Education at Bent Writing Institute in Seattle, WA and a Brown Boi. http://fabianromero.tumblr.com/ 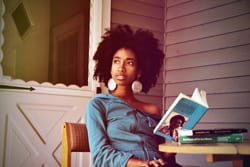 Alexis Pauline Gumbs is a queer black troublemaker, a black feminist love evangelist, a prayer poet priestess and has a PhD in English, African and African-American Studies and Women and Gender Studies from Duke University. Alexis is the founder of Brilliance Remastered, a service to help visionary underrepresented graduate students stay connected to purpose, passion and community, co-founder of the Mobile Homecoming Project, a national experiential archive amplifying generations of Black LGBTQ Brilliance, and the community school Eternal Summer of the Black Feminist Mind. Alexis was named one of UTNE Reader’s 50 Visionaries Transforming the World in 2009, was awarded a Too Sexy for 501-C3 trophy in 2011 and is one of the Advocate’s top 40 under 40 features in 2012.

Julia Roxanne Wallace is the co-creator of the MobileHomecoming project, the designer of a series of technology trainings specifically designed for elders, is a member of the digital alchemy crew and led trainings on how to use livestream during the Shawty got Skillz to Share session at AMC 2009. Julia has degrees in Multimedia Computer Science and Divinity. She is currently in film school. 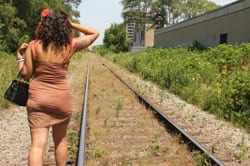 2012 Lambda Literary Award Winner and 2011 Pushcart Prize nominee Leah Lakshmi Piepzna-Samarasinha is a queer disabled Sri Lankan writer, teacher and cultural worker. The author of Consensual Genocide and Love Cake and co-editor of The Revolution Starts At Home: Confronting Intimate Violence in Activist Communities (South End, 2011), her work has appeared in the anthologies Persistence: Still Butch and Femme, Yes Means Yes, Visible: A Femmethology, Homelands, Colonize This, We Don’t Need Another Wave, Bitchfest, Without a Net, Dangerous Families, Brazen Femme, Femme and A Girl’s Guide to Taking Over The World. Photo: Jah Grey

She co-founded Mangos With Chili, the national queer and trans people of color performance organization, is a lead artist with Sins Invalid and teaches with June Jordan’s Poetry for the People. In 2010 she was named one of the Feminist Press’ “40 Feminists Under 40 Who Are Shaping the Future.” Her one woman show, Grown Woman Show, has toured nationally, including performances at the National Queer Arts Festival, Swarthmore College, Yale University, Reed College and McGill University. She has taught, performed and lectured across the country, including appearances at Columbia, Oberlin, Texas A&M, Sarah Lawrence, Swarthmore, UC Berkeley, USC, and the University of Toronto. She co-founded Toronto’s Asian Arts Freedom School. 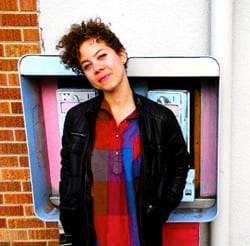 Since uncannily repeating her grandmother’s gesture of emerging from the Virginia woods, Anna Martine has preoccupied herself by writing zines, playing in bands, curating performances, instigating street actions, and flailing about. She has presented at Yerba Buena Center for the Arts (San Francisco); LA Contemporary Exhibits (LACE); Abrons Art Center and The Bronx Museum (NY); galleri bob in Gothenburg, Sweden; and various
backyards across North America. She has collaborated on projects led by Jefferson Pinder (Juke, 2007); Violeta Luna and Guillermo Gomez-Pena (Corpo/Ilicito, 2009); and Keith Hennessy (Turbulence, 2011-2013), to name names. She now lives in Los Angeles, where she is experimenting with free fall. To learn more visit Anna Martine online
at annamartine.com. 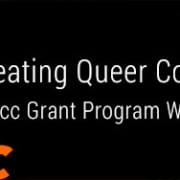 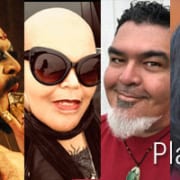 FOLLOW US!
Stories of Queer DiasporaStill Here
Scroll to top