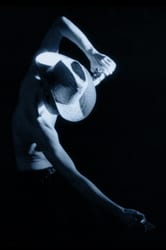 Michelle Ito is a Japanese-American lesbian rebel, singer, actor, writer, storyteller, card player and comedian who opens minds and transforms hearts throughout the Bay and across the nation.

Jose Navarrete and Debby Kajiyama blew the roof off ODC Theater at Fresh Meat 2002 with their electrically-charged tango duets…they return this year sharper and steamier than ever.

Jaycub Perez is a Pacific Islander Tranny-Boi hip hop artist, folk-punk musician and poet known for his edgy lyrics and reflections on gender, race, and religion.

Marcus Rene Van is a local hip-hop legend who uses hip-the-word (hip-hop, theater and spoken word) to communicate sharp observations on race, class, and other elephants in the room.

JenRO is a fiercely-talented young female rapper who is breaking the silence of queers in hip hop.

Shawna Virago and The Deadly Nightshade Family are rock ‘n roll provocateurs who deftly tackle issues like police abuse, transphobia, and the myth of democracy with ingenuity, precision, wit and true-to-rock glamour. Shawna Virago is a Commissioned Artist of the 2003 NQAF.

The Sisterz of the Underground is a collective of female hip hop expressionists and breakdancers — making history and carving space for women in hip hop, right here in the Bay.

STEAMROLLER Dance Company creates physically explosive work that responds to the collision of race, gender, and sexuality. Athletic, irreverent, and precise, STEAMROLLER is an audience favorite and a leader in Bay Area queer performance.