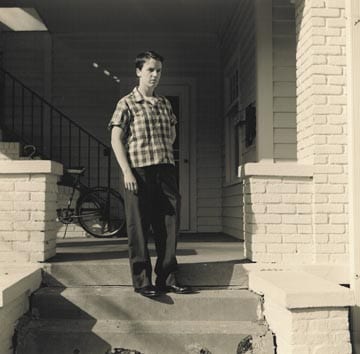 “The fiction of our invisibility remains influential.” Neil Bartlett

A photograph is literally a trace, a sign, a symbol or evidence of something that was, something that existed somewhere – however fleeting that existence might have been. Identity is literally a trace, a linguistic sign or symbolic imprint, evidence via naming and association of what one is. I like to make visual this riddle, this rhetoric mirror that tells us that a photograph is a sign of identity and that identity is assigned by photographs.

The ongoing and relatively consistent thread to all of my work is an interest in personal and political disappearance and the desire to re-perform marginal histories and marginal bodies. In this sense my artistic production has as much to do with the photograph as an object and subject of theoretical inquiry as it does with biographical narrative, community histories, domestic archives and theatrical performance. Roland Barthes has suggested that photography as a practice is born out of the theater perhaps more than it is born out it’s predecessors in the visual arts. I not only agree with this suggestion I embrace it and make work that reflects that symbiotic relationship.

My photographs are copies. Not copies made in the vain of appropriation, but rather through looking at the original as if it were a performance and that this performance, or script, can be re-interpreted, re-performed and re-staged much like a play. I am particularly interested in the discarded, lost and broken photographic image and photographic subject. I am equally drawn to the photographic subject that is often relegated to outsider status, people and memories that are left forgotten or written out of history. For example the following are subjects of some of my previous works in photography: the posed and painted “lesbians” that grace the cover of pre-stonewall pulp novels, adolescent girl characters from popular horror films, my own welfare and working class parents, the potentially discarded female photographer/artist that predates the intervention of feminist critique, the lover/muse/teacher of someone else – someone deemed more important, the legions of queer youth that stand the chance of disappearing before they are afforded the opportunity to fully appear and become and finally femme identified dykes who consistently find themselves in the margins of (and draped on the arms of) discourses and representations of gender. 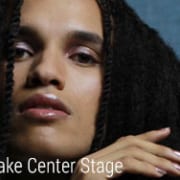