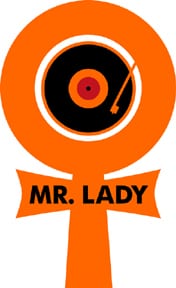 A FESTIVAL 1st! A one day music showcase of some of the nation’s most talented Queer Bands, All in one day, All in one place, All not to be missed! An event for all ages, it will also feature some of SF’S finest projectionists flashing the walls of this gallery all night! Local projectionists include Killer Banshee Studios & Point Blank! Curated by Tammy Rae Carland and Sini Anderson. Bring your ID. Photo

Tartufi
“Rousing and danceable, Tartufi is like the best of the Cars and Cheap Trick, roughed up and dumped in a garage,” Lynn Rapoport, SF Bay Guardian, 2002. Tartufi’s line-up comprises of Simone Grudzen (vocals, guitar, keyboards, bass) Lynne Angel (vocals, bass, guitar), and Chris Ohnesorge (drums, vocals), of the defunct NYC-new wave band Crowns on 45. Pam Jost left Tartufi for Korea in Fall 2002, at which time Julianna Bright of The Quails filled in for a stint on drums. In February 2003, Chris completed the Tartufi triangle on drums. Tartufi heralds from the queer fantastic streets of San Francisco. SF Bay Guardian voted Tartufi one of the Top 10 local live rock shows in 2001.

Veda Hille started playing piano when she was 6 and by 1994 she released her first cd, and has released an album roughly every 18 months since then. She released her 7th album, Field Study, in April of 2001. Veda plays piano and tenor guitar, and dabbles in banjo, accordion, and pro-tools. She is currently collaborating with sonic artist Christof Migone on an experimental record called Escape Songs and has recently begun writing and directing short films and puppet shows. In May of 2002 she celebrated 10 years as a full time performing artist with two concerts at the Vancouver East Cultural Centre with her Skilled and Devoted Band. These concerts were taped for a live cd, slated for release at the Vancouver Folk Music Festival in July, where she also premiered a new 40 minute piece commissioned by the festival for their 25th anniversary. Future projects include a revamped multi-media performance of the Emily Carr piece, a composer’s residency in the Yukon, a live score for a silent film, and of course, touring.

Sini Anderson is a Performance Poet, Producer, and Director living in San Francisco. Since 1994 Anderson has been the Co-founder and Artistic Director of Sister Spit and Sister Spits Ramblin Road Show. She has performed nationally and internationally for the last decade, in such venues as New York’s PS. 122, Seattle’s Bumbershoot Art Festival, Lollapollza’s music Festival, The Michigan Women’s Music Festival, Vancouver BC’s Rock for Choice, and on San Francisco Pride’s Main Stage. In 2000 the San Francisco Arts Commission awarded Sini an individual artist grant for her multi-media spoken word show; she has been a featured artist in the National Queer Arts Festival for the past four years. Other organizations supporting her work include: The Horizons Foundation, Theatre Bay Area’s Cash Program, Grants for the Arts SF, and the California Arts Council, Grants for the Arts San Francisco, Open Meadows, The Women’s Foundation, and the Astraea foundation. Sini is the Chief Curator and The Co-Artistic Director for the National Queer Arts Festival, and a Producer of Nectar, the women’s stage at San Francisco’s Pride. She is the Co-Chair of the board of directors for the Harvey Milk Institute, and is on the board of directors for the Queer Cultural Center in SF. Sini Anderson is in the process of forming a new non-profit, queer performance, and literary organization to be announced late spring of 2003! You can find her work in the award- winning anthology The Outlaw Bible of American Poetry and on any of the four Sister Spit CDs; she is releasing her second solo CD in the Summer of 2003 on Mr. Lady Records. Her new work is all based in Multi-Media form. Projected video, still Slides, and live sound scores. She collaborates with artists Silas Howard, Point Blank, and Killer Banshee Studios.

Shawna Virago and The Deadly Nightshade Family are rock ‘n roll provocateurs who deftly tackle issues like police abuse, transphobia, and the myth of democracy with ingenuity, precision, wit and true-to-rock glamour. Shawna Virago is a Commissioned Artist of the 2003 NQAF.

The Sisterz of the Underground is a collective of female hip hop expressionists and breakdancers — making history and carving space for women in hip hop, right here in the Bay.

FOLLOW US!
FRESH MEAT 2003 Desire and Creation
Scroll to top