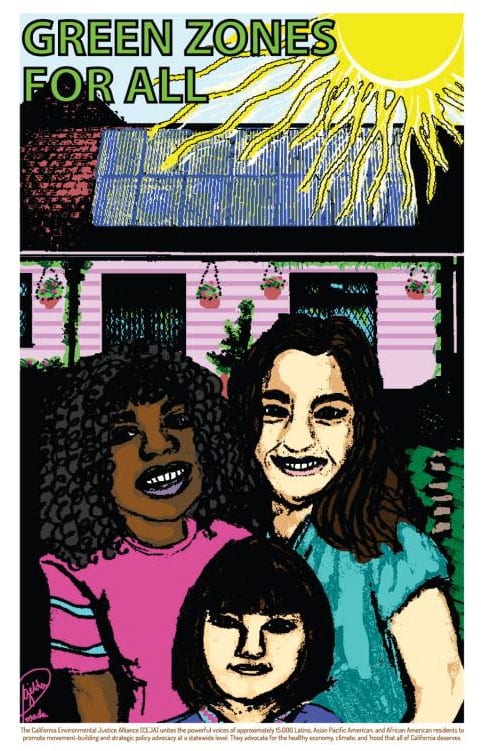 Image by Gilda Posada in collaboration with the California Environmental Justice Alliance.

Artist statement: “I see art as a way to bring things to life. If people see themselves in the image, they can become more aware, or question things more, as the beginning of taking action. It’s made me much more aware of both how much the presence of people of color are important to the [environmental] movement, but also how much more we need to be present and visible.”

Gilda Posada’s interests and research are based on the methodologies, framework and practice of Chicana/o Art. She seeks to understand the Chicana/o Art production through an art historical lens and the curating effects of how the culture’s understanding and formulation were shaped.

The California Environmental Justice Alliance (CEJA) unites the powerful voices of approximately 15,000 Latino, Asian Pacific American, and African American residents to promote movement-building and strategic policy advocacy at a statewide level. They advocate for the healthy economy, climate, and ‘hood that all of California deserves.

There has been a problem with your Instagram Feed.
Roger Peet