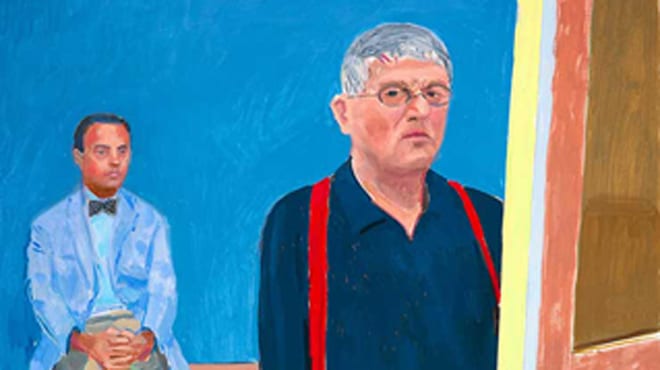 David Hockney: A Bigger Exhibition (October 26, 2013-January 20, 2014) marks the return of the celebrated British artist to California with an exhibition assembled exclusively for the de Young. Expansive in scope and monumental in scale, this show is the first comprehensive survey of his 21st-century work and represents one of the most prolific decades of his career. Renowned for his use of traditional media as well as evolving technologies, Hockney has selected monumental paintings, Photoshop portraits, digital films that track the changing seasons, vivid landscapes created using the iPad, as well as never-before-exhibited charcoal drawings and paintings completed in 2013.

Large-scale, multi-canvas oil paintings and digital movies shot with multiple cameras, some requiring as many as 18 monitors for their display, portray Hockney’s beloved England. His unique perspectives of California, Iceland, and Norway are also presented, including iPad drawings of Yosemite. The portraits, central to Hockney’s practice since his youth, depict friends, colleagues, and family members, and provide a glimpse of the artist’s personal and intimate relationships with his sitters. This first comprehensive showing of Hockney’s diverse output since 2002 includes a new series documenting the arrival of spring in 2013 and reveals the artist at the peak of his creative powers.