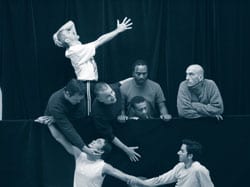 Out/Rage is a multi-disciplinary performance collective of gay and bisexual men, of diverse nationalities and ethnicities, engaging in theatrical dialogue and artistic inquiry into issues of race and racism within the gay male community. These 8 men, whose ages span 4 decades and among whom are speakers of Spanish, Dutch, Hebrew, English, Chinese, and French, bring such artistic experiences as poet/storyteller, dancer/choreographer, drag queen, DJ, and puppeteer, to their collaboration. Melting the Wall both holds a space for Out/Rage to risk and grow together around the wounding of racism, and offers an entrée for the audience to participate in the risk and growth; it both challenges performance conventions, and invites opportunity for healing; and includes a community dialogue after the show. Melting the Wall was developed through an AIRspace residency this spring at the Jon Sims Center, who chose it as a “Best Of” for the Queer Arts Festival.

About What Color Is Your FAG?, the group’s sold-out first theatrical piece in May of 2003, the Bay Area Reporter said “Their thoughtful, graceful, fun approach to a controversial topic could serve as a model for others . . . Out/Rage captivated a very diverse audience . . . with their novel approach to discussing racism. This ensemble of poets, dancers, activists, and queer theorists zeroed in on the specific and very tricky issue of racism in the gay/bi male community.” Out/Rage is committed to cultivating racially diverse shared spaces for honest dialogue, to wake us up further to the nuances of racism and its relationship to our gay/bisexual experiences. Theatre, as Out/Rage’s primary mode of internal exploration and public expression, enables us to reach out to each other and our audiences within an accepted space of creativity and truth-sharing. An evening with Out/Rage is thought provoking, interactive, and always OUTRAGEOUS! 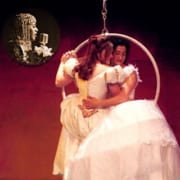 Love Is Queer! An American Songbook 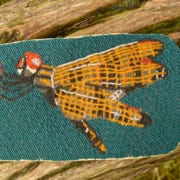 FOLLOW US!
M.U.V.E. Spouses For Life
Scroll to top