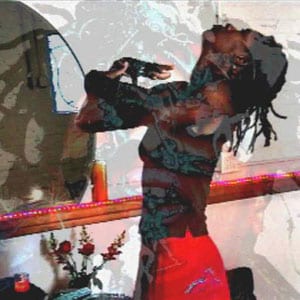 For more information and a full line up of performers visit: www.queerrebels.com and www.facebook.com/QRProductions

Queer Rebels presents….the 5th Queer Harlem show. From Langston’s dreams deferred to the Empress of the Blues, we celebrate the Queer Harlem lives and legacies that have come before us. Featuring live music, performance, film/video, and a few anniversary surprises! 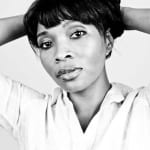 Indira Allegra is a poet and interdisciplinary artist whose work explores intimacy, text, trauma, desire and queerness through performance, video works and handwoven textiles. A 2012 Lambda Literary Fellow and Voices at VONA Alum, she has contributed works to 25 for 25: An Anthology of Works by 25 Outstanding Contemporary LGTB Authors, Yellow Medicine Review: A Journal of Indigenous Literature, Art and Thought, Sovereign Erotics: A Collection of Two Spirit Literature, Konch Magazine and make/shift Magazine among others. In 2013, she was interviewed by BBC Radio 4 for Poetry of Gold and Angels, a segment on poetry in the San Francisco Bay Area. Indira’s experimental videopoems Blue Covers and Weep Willow: The Blues for Lady Day have screened at film festivals such as MIX NYC, Perlen Hannover LGBT Festival, Visible Verse Festival and Outfest’s Fusion. In the Bay Area, Indira’s textile works have shown at the Alter Space Gallery, Oliver Art Center and College Avenue Gallery. She is currently completing her first collection of poems entitled Indigo Season. indiraallegra.com 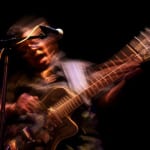 KB Boyce is a Two-Spirit musician whose adventures have brought hir from teenage punk band appearances at CBGBs in NY, to B-grade horror movies in LA, and on to solo performance in queer San Francisco. As TuffNStuff, s/he composes and performs music that pays homage to African-American and Indigenous legacies of resistance through art. S/he conjures the spirit of cross-dressing Blues performers – reflecting the history, creativity, and aesthetics of the ancestors. KB is the Co-Founder and Co-Director of Queer Rebel Productions. www.kingtuffnstuff.com

Fredrick Douglas Kakinami Cloyd was born in Japan shortly after the U.S. Occupation officially ended. His African-American/Cherokee father was an occupation soldier in Korea and Japan while Fredrick’s mother—a Japanese/Chinese/Austro-Hungarian girl of the war-ruins was from an elite nationalist family in Japan. Transnational racisms and sexisms during the rise of U.S. and Japanese global stature presents a foundation through which Fredrick weaves his stories of memory and family history. 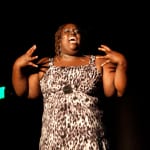 Jezebel Delilah X is a queer, Black, femme performance artist, writer, filmmaker, and teacher. She is co-host of the East Bay Open Mic, Culture Fuck, a member of the story-telling performance troupe, Griot Noir, and one of the founding members of Deviant Type Press. She has been published in The Womynist, is a featured writer for Black Girl Dangerous, and has written/directed/produced two films that have screened in the Queer Women Of Color Film Festival. She uses a combination of performative memoir, theatrical poetry, and feminist storytelling to combat capitalism and patriarchy and advance her politix of radical love, socioeconomic justice, anti-racism, and community empowerment. She holds a Masters Degree in Creative Writing from Mills College, where she focused on Young Adult Fiction and Memoir Writing.

Joshua Merchant is a writer, activist, and native of East Oakland. Combining a masterful eye for detail, startling vulnerability, and unflinching courage, Joshua explores queer issues, black identity, and the complexities of their intersection. In 2011, he won the title of Youth Speaks champion and represented the Bay Area at Brave New Voices. Later that year, he became the Berkeley Slam’s youngest Individual World Poetry Slam (IWPS) representative. He continues to work with Youth Speaks, as well as “I Go,” a non-profit youth poetry organization, and has performed at the Davis Symphony Hall, the Warfield, and venues across the country. Joshua is one of the great young voices of slam. www.joshuamerchant.tumblr.com 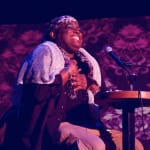 Lambert Moss hails from New York, New York where he drew inspiration from his time in musical theater and from some of the fiercest drag queens ever. He is now happy to call San Francisco his adopted home. In San Francisco he has performed at CounterPULSE in “Precious Drop” with the Jaara Dance Project and sung back up at The Rrazz Room for a wide range of acts including Justin Bond. You can see Lambert on select Friday nights at “SOME THING” belting it out and making his drag mom David GLAMAMORE proud. 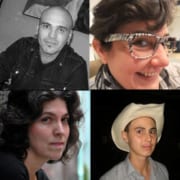 The Mayor of Folsom Street | June 6
Scroll to top