Reno’s one-woman show Rebel Without A Pause is an unrestrained reflection on the events of September 11 from the point of view of a New Yorker. At 8:45 am that day, the crash of the first plane awakened Reno, who lives only eight blocks away from Ground Zero.

The material that she was working on the night before had kept her up all night. She was going to gripe about the gentrification of TriBeCa, the mayoral race, the difficulties of being a non-conformist, and about Christian fundamentalism. But the attacks on Sept. 11th changed all that. Her show chronicles the events after the attack.

Reno is a steam of consciousness style solo comedic performer whose evening-length performances have had several runs Off-Broadway and at regional venues around the country. Reno adapted her show Reno in Rage and Rehab into an ACE Award nominated HBO comedy hour. Other shows include Reno Once Removed; Citizen Reno, a four-episode pilot for Bravo; and Reno Finds a Her Mom, a feature-length film produced for HBO. Her non-solo acting credits include Tony Kushner’s A Bright Room Called Day and Rosie O’Donnell’s Kids Are Funny show on HBO. She has also appeared in several motion pictures, including Quiz Show, Twenty Four Hour Women, and Fear of Fiction. 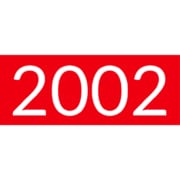 FOLLOW US!
If Not UsGENERATION NOW
Scroll to top