Remembering Tede Mathews is a literary event honoring the life and legacy of the beloved Bay Area poet, performer, and activist, featuring readings and recollections from people who knew him, including a number of writers who were part of the Bay-Area queer radical poetry scene of the 1980s and 1990s. The event will also include rare archival footage of Tede as well as newly commissioned work by younger queer artists who carry forward his art and politics.

The event is part of Queer Are You Going, Queer Have You Been, a curatorial project organized by historian Greg Youmans that is dedicated to the creation of public events, accompanied by limited-edition publications, that explore the life and art of vital but lesser-known figures from the queer past. The project launches this year with events around Tede Matthews and pioneering lesbian poet Elsa Gidlow.

June 6
Remembering Tede Matthews
Queer Are You Going, Queer Have You Been
MCCLA, 7:30pm
$8–$20 sliding scale

Remembering Tede Mathews is made possible by generous support from the Queer Cultural Center, Rainbow Grocery Cooperative, and the Sisters of Perpetual Indulgence. The event is co-sponsored by the GLBT Historical Society and Modern Times Bookstore. 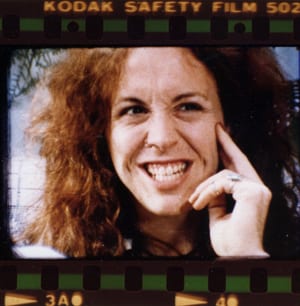 Tede Matthews (1951–93) is perhaps best known today as the curly redhead who breaks down gender roles and stereotypes in the 1977 documentary Word Is Out: Stories of Some of Our Lives. His life, art, and activism bridged many communities. He performed with the radical theater group Angels of Light, was a collective member of Modern Times bookstore, and was a founding member of the queer anti-war group LAGAI. He was also a self-identified socialist feminist and an AIDS activist. Tede was particularly passionate about his work in solidarity with anti-imperialist struggles in Central and South America. He organized projects in support of the people’s movement in Chile in the 1970s and the Sandinistas in Nicaragua in the 1980s. He was also a poet and organizer of countless literary events around San Francisco. Tede died of AIDS in 1993. 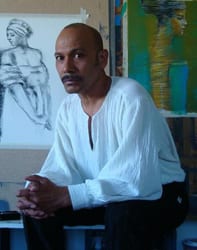 Otto Aguilar is a Nicaraguan artist and writer. He studied four years at the Escuela Nacional de Bellas Artes in Nicaragua and continued his education at the Instituto Superior de Arte Surikov, Moscow, and the International Gathering of Young Artists, Trinidad, Cuba. He later became the director of the Fine Arts School in Managua. Aguilar currently resides and paints in Berkeley, California. 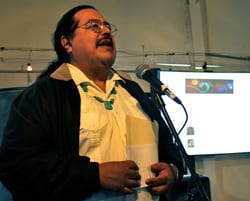 Francisco X. Alarcón is an award-winning Chicano poet and educator. He was born in Los Angeles in 1954 and is the author of twelve volumes of poetry, including From the Other Side of Night: Selected and New Poems (University of Arizona Press 2002), Snake Poems: An Aztec Invocation (Chronicle Books 1992), Sonetos a la locura y otras penas / Sonnets to Madness and Other Misfortunes (Creative Arts Book Company 2001), and De amor oscuro / Of Dark Love (Moving Parts Press 1991, and 2001). His latest books are Ce•Uno•One: Poems for the New Sun/Poemas para el Nuevo Sol (Swan Scythe Press 2010) and, for children, Animal Poems of the Iguazú/Animalario del Iguazú (Children’s Book Press 2008), which was selected as a Notable Book for a Global Society by the International Reading Association, and as an Américas Awards Commended Title by the Consortium of Latin American Studies Programs. His previous bilingual book titled Poems to Dream Together/Poiemas para sonar juntos (Lee & Low Books 2005) was awarded the 2006 Jane Addams Honor Book Award. He teaches at the University of California, Davis, where he diurects the Spanish for Native Speakers Porgram. He is the creator of the Facebook page POETS RESPONDING TO SB 1070 that you can visit at: http://www.facebook.com/pages/Poets-Responding-to-SB-1070/117494558268757?ref=ts

Charles Barragan is a Human Resources Consultant for the University of California.  He was first published in the groundbreaking anthology Bi Any Other Name – Bisexual People Speak Out and was a regular contributor to the San Francisco Chronicle’s “Two Cents” column. A resident of San Francisco all his adult life, his passions include all things book-related, writing, progressive politics, a good meal, and those in his inner circle.  Charles was Tede Matthews’s partner for the last decade of Tede’s life and benefited greatly from the relationship. 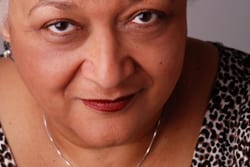 Jewelle Gomez is the author of seven books, including the double Lambda Award-winning lesbian vampire novel, The Gilda Stories, which has been in print for more than 20 years. Tede was part of the book’s launch in San Francisco and they became book comrades immediately. Gomez’s newest project is a play about James Baldwin, Waiting for Giovanni, which premiered at New Conservatory Theatre Centre in 2011. 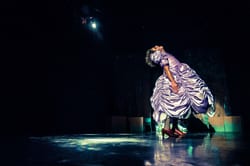 DavEnd is a tender hearted, genderqueer, accordion-wielding songwriter, performing artist, and designer based in San Francisco. DavEnd has released two studio albums (How To Hold Your Own Hand and Fruits Commonly Mistaken For Vegetables) and for the past 6 years has been touring extensively in the U.S., performing at queer teen centers, theatres, festivals, colleges, and backyards. Between tours, DavEnd designs costumes, and most recently has been producing an original musical, costume designing and dancing in production numbers for songwriter Kimya Dawson, appearing in Taylor Mac’s epic 5 hour play The Lily’s Revenge, and touring the country with Sister Spit. DavEnd’s current project, Fabulous Artistic Guys Get Overtly Traumatized Sometimes: The Musical!, brings together the worlds of music and radical performance art in a theatrical extravaganza, exploring the effects of heterosexism and street harassment on the development of queer identity. DavEnd Photo: Robbie Sweeny. 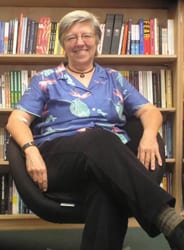 Ruth Mahaney has taught women’s studies at Santa Rosa Junior College, Sonoma State University, and San Francisco State University, and currently teaches queer studies at City College of San Francisco. In 1978 she participated in the successful fight against Proposition 6, aka the Briggs Initiative, which, had it passed, would have banned gays and lesbians from teaching in California public schools. Mahaney was on the board of the GLBT Historical Society for twenty years, and she has been part of the Modern Times Bookstore Collective since 1981. She and Tede were at many demonstrations together and worked with each other at the bookstore until his death. Canyon Sam is a longtime activist, award-winning author, and nationally acclaimed performance artist. A third-generation San Franciscan, she spent a year in Tibet and China in the mid 1980s, out of which sprung the inspiration for her creative nonfiction book Sky Train: Tibetan Women On the Edge of History, winner of the PEN American Center Open Book Award.  In the 1970s and early 1980s, Sam was active in the lesbian/gay and Asian American arts communities: co-founding the groundbreaking ensemble Unbound Feet, organizing early meetings of Asian American lesbians, and serving as the first Asian American main-stage emcee in the history of the SF Pride Parade in 1982 before nearly a million people. Her new book project is a compilation of writings published in the 1980s-90s about her life experience as an out Asian American lesbian feminist.

Graciela Trevisan is a writer, translator, and teacher. For many years she taught Latin American Literature, Gender Studies, and Film at the New College of California and other venues. As a writer she has published poetry and short stories in Argentina (her country of origin) and in the US, and has participated in many poetry readings in Southern and Northern California. She “formally” met Tede at a poetry reading at the San Francisco Women’s Building back in December 1985, and Tede asked her to have a reading at Modern Times Bookstore. She did in April 1986, in a poetry/music collaboration with two Bay Area singers. Tede used to call her “poeta” and she is forever thankful to him for that name. As a translator, Graciela has translated literary and academic texts from English into Spanish. One of her longest projects was the translation into Spanish of the book edited by Rosa-Linda Fregoso and Cynthia Bejarano, Terrorizing Women: Feminicide in the Americas (Duke University Press, 2010), which in Spanish is titled Feminicidio in América Latina and published by UNAM Press in Mexico. Graciela is currently in charge of the Spanish-language book section at Modern Times Bookstore, which Tede designed and started back in 1991. 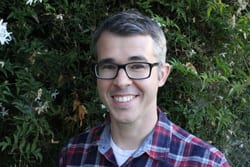 Greg Youmans is a historian, writer, and videomaker. He earned his PhD from the History of Consciousness program at UC Santa Cruz and is currently a Scholar in Residence of the Beatrice Bain Research Group in critical feminist studies at UC Berkeley. With Chris Vargas, he makes the video series Falling in Love…with Chris and Greg, which has screened at a number of film festivals and art venues, including SF Camerawork, MIX NYC, the Yerba Buena Center for the Arts, and the Tate Modern. In 2011, Youmans published a book about the groundbreaking 1977 documentary Word Is Out: Stories of Some of Our Lives, which was made in the Bay Area by the Mariposa Film Group and features Tede as one of its stand-out interview subjects. Youmans is now at work on his second book, which is about Tede’s life, poetry, and activism as they intersect with larger currents of Bay-Area culture and politics from the mid-1970s to the early 1990s. 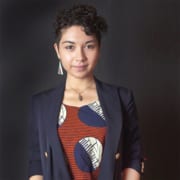 FOLLOW US!
I AM A MANDear Mammaries
Scroll to top