During her lifetime, Gertrude Stein’s gay followers and fans were inspired by the openness with which she lived as a lesbian and by the way her work coupled homoeroticism with modernist aesthetics. Her writing evokes same-sex desire poetically–and because it resists making sense in any fixed or categorical way, it has attracted subsequent devotees for whom queer theory and postmodernism are foundational. Queer artists today appreciate Stein’s literary strategies (the deconstructive use of repetition, appropriation, quotation, the elevation of the mundane), and use them, as she did, to transform the normative, conventional, and commonplace into something quite extraordinary–and implicitly sexy.

Drawing upon a wealth of rarely seen artistic and archival materials, Seeing Gertrude Stein: Five Stories illuminates Stein’s life and pivotal role in art during the 20th century. Focusing on Stein’s life from the end of World War I through World War II, the exhibition explores her evolving public personae, lifestyle, relationships, landmark 1934-35 tour of the United States, and life in France during WWII.

Through a portrayal of Stein’s contributions in her writings, patronage, and lifestyle, the exhibition provides an intimate look at Stein’s complex relationship to her identity, culture, and history. Seeing Gertrude Stein also explores the ways in which Stein’s life and writings have impressed themselves upon the American artistic imagination and inspired generations of writers, artists, musicians, and performers.

Tirza True Latimer is Associate Professor and Chair of the Graduate Program in Visual and Critical Studies at California College of the Arts, San Francisco, and has published work from a lesbian feminist perspective on a range of topics in the fields of visual culture, sexual culture, and criticism. She is coeditor, with Whitney Chadwick, of the anthology The Modern Woman Revisited: Paris between the Wars (Rutgers University Press, 2003) and the author of Women Together / Women Apart: Portraits of Lesbian Paris (Rutgers University Press, 2005). Her contributions to exhibition catalogues include essays in Don’t Kiss Me: The Art of Claude Cahun and Marcel Moore (Tate, London, 2006) and Claude Cahun (Jeu de Paume, Paris, 2011). She is associate guest curator, with Wanda Corn, of Seeing Gertrude Stein: Five Stories, organized by the Contemporary Jewish Museum, S.F., and the National Portrait Gallery, Washington D.C. 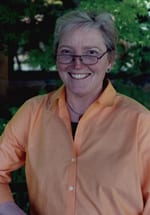 Terry Castle, the writer and critic described by the late Susan Sontag as “the most expressive, most enlightening literary critic at large today,” has taught at Stanford University since 1983. Her scholarly interests include eighteenth-century British fiction, the Gothic novel, Jane Austen, the First World War, English art and culture of the 1920s and 1930s, autobiography and biography, and gay and lesbian writing. She has published eight books on diverse subjects, including Masquerade and Civilization (1986), The Apparitional Lesbian (1993), and the prize-winning collection, The Literature of Lesbianism: A Historical Anthology from Ariosto to Stonewall (2003). She is also a well-known essayist and has written frequently for the London Review of Books, Atlantic, New Republic, Times Literary Supplement, New York Times Book Review, and other periodicals. Her latest book, The Professor and Other Writings was published by HarperCollins in January 2010. In 1997 she was named Walter A. Haas Professor in the Humanities at Stanford.

In her spare time, she is a visual artist, music and book collector, and miniature dachshund enthusiast.