TechnoTihuacan not only pushes for visibility of marginalized Latinx narratives but prioritizes intersectionality when representing our community. TechnoTihuacan uses DJing, mixing, and remixing to sew together these often-fractured narratives of Latinx life into a cohesive, large-scale video mural edited together live on stage in front of the audience by video artist Rob Fatal and DJ Bianca Oblivion using 4 turntables, 2 DJ mixers, projection mapping software, and Video DJ technology. 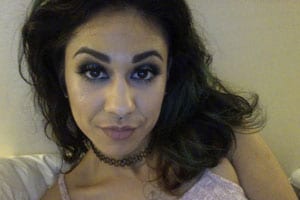 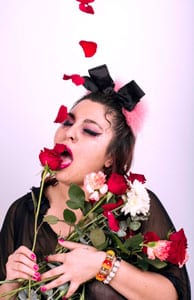 San Cha is a vocal priestess, a force of nature to be reckoned with, a Femme Xicanx Goddess who captivates audiences with their blend of Mexican Folk Music, Cumbia and Punk. Belting out ‘Gospel Ranchera Punk’ while twirling around the stage, San Cha will you leave you inspired, healed and transformed. 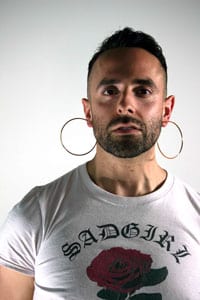 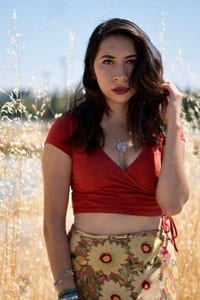 Elizabeth Gomez is a Mexican filmmaker and poet based in Sacramento who focuses her art on feminism, mysticism and her Mexican culture. Her Films and writings unapologetically display her vision of womanhood. Gomez’s work has been displayed at Sacramento State’s Senior Showcase and the Gold Lion Gallery. 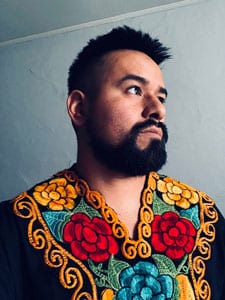 Alex Hernandez is a first generation Mexican American artist. He received his BFA (2007) in Painting and Drawing from Rocky Mountain College of Art &amp; Design in Denver, CO and his MFA (2012) at California College of the Arts in San Francisco, CA in Studio Art. His current work ranges in mixed media with an emphasis in textiles. His work has been exhibited in Los Angeles, Brooklyn, Chicago, Denver, Baltimore all the way to Ontario, Canada. He recently finished an artist residency at the Elsewhere Museum in Greensboro, NC where he created art installations for their permanent collection. He is currently based in San Francisco but travels to Oaxaca, Mexico Often. 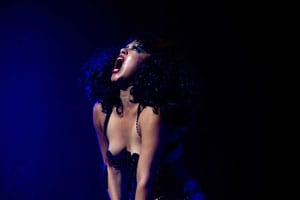 La Chica Boom / Xandra Ibarra is an Oakland-based performance artist who sometimes works under the alias of La Chica Boom. Ibarra uses hyperbolized modes of racialization and sexualization to test the boundaries between her own body and coloniality, compulsory whiteness, and Mexicanidad. Her practice integrates performance, sex acts, and burlesque with video, photography, and objects. 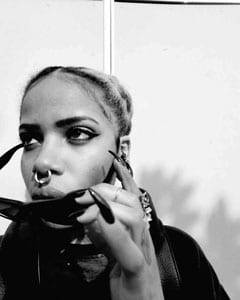 Lesser Gods Art was birthed from the void and drenched in bright sin. Created by Jessica Creepshow, a queer, salty rudeboy, born and raised in Oakland, she draws inspiration from mysticism, religious fuckery and absolute wickedness. Hi mom! 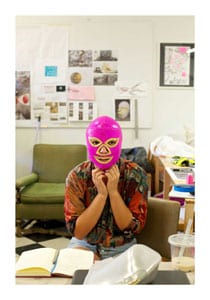 Aida Lizalde is a Mexican artist based in northern California, Lizalde explores identity and place as an immigrant through the use of the body and symbolic objects to create tension between intimacy, privacy, and the political. Her work examines issues of nationalism, assimilation, and social inequality. 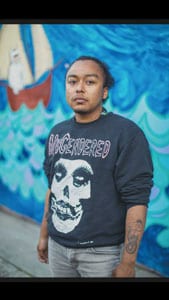 Mason J. is a Black, Latinx, and Indigenous San Francisco Local. As an Intersex, Two Spirit, and Genderqueer Artist/Educator, their multidisciplinary work blends an unlikely pairing of grit, sensualism, tenderness and social commentary with influences that range from listening to The Meters in the frozen food aisle to Tammuz poetry. 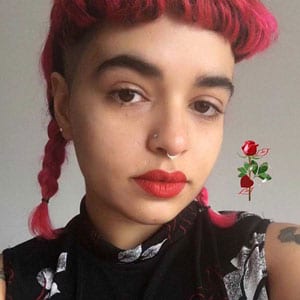 Paula Pinho Martins Nacif is a Brazilian­-Portuguese gURL, #artist currently living in London, UK. In 2018 she is thinking about #InfiltratingWithLove, #sparklygifs, #cutestuff, scamming against Eurocentrism and xenophobic practices, and #WeaponsAgainstMassDestruction. She obtained a BFA from the School of the Art Institute of Chicago in 2016, and currently attends the MFA program at Goldsmiths, University of London. 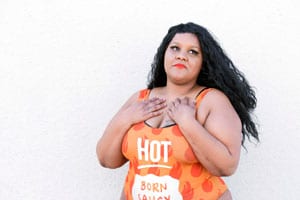 Cinnamon Maxxine is a Bay Area Born and raised, pissed off bitter black femme and they’re tired of feeling sorry for it. They’ve been a performer, artist, and hustler for 10 years and often tie in mental health with their art and various hustles. 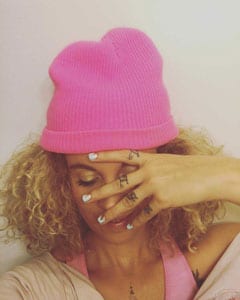 Amaryllis Dejesus Moleski is an artist who uses culturally “classed” materials to create 2-D and performative work that explores how we might be programming our future in relationship to systems of marginalization.

She is concerned specifically with the futuristic femme myth as it applies to queer and of color communities. DeJesus-Moleski has been featured in numerous arts publications including HyperAllergic and the Huffington Post. She has received awards and honors in the areas of visual art including the ArtLA Student Artist of the Year, All College Honors, and is an Alumni of the AICAD New York studio residency program. She has worked with organizations, museums, and galleries such as MOCADA, Betti Ono, The Brown Boi Project, Strong Families, Third Root Health Center, and the Estria Foundation among others. DeJesus-Moleski has exhibited work in New York, LA, New Mexico, and the Bay Area. A recent graduate of the Individualized program at CCA, DeJesus-Moleski aims to practice the integration of multiple art forms as a way to make myth and tell the truth. 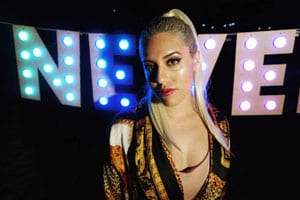 Bianca Oblivion has continuously worked to create spaces for femme/non-binary, queer, and POC artists in the Los Angeles nightlife scene. She throws a monthly club night Culosangeles with partner Francesca Harding, and together they have built its identity around the representation of Latinx, Afro-latinx and Caribbean culture. Through Club Aerobics–her label, DJ collective and NTS radio show–she strives to bridge the EDM and underground worlds while highlighting underrepresented communities; her playlists and guest DJs are carefully curated to showcase sounds from across the global club spectrum. 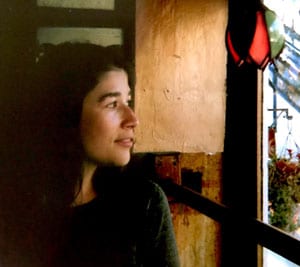 Ana Rivas is a Queer Mexican-American Filmmaker and Artist based in the bay area. She explores queer identity, gender roles, abelism, and sexuality in her work. 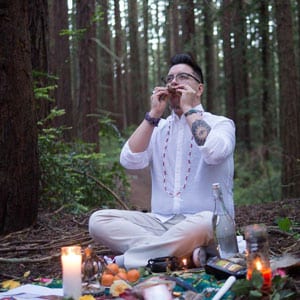 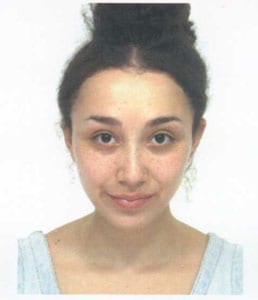 Sula Fay Bermudez-Silverman was born in New York City in 1993 and raised in Los Angeles, CA. She earned her BA in Studio Art from Bard College in 2015 and studied at Central Saint Martin’s School of Art and Design in London. Upon graduating, she was an honorary artist in residence at Project Row Houses in Houston, Texas. She is currently pursuing an MFA in Sculpture from the Yale School of Art. 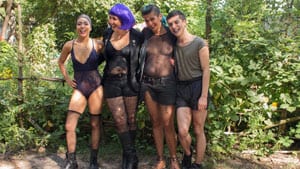 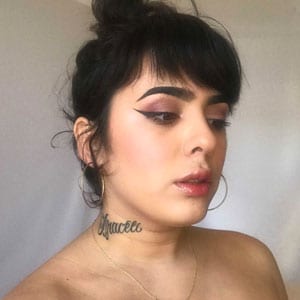 Xitlalli Sixta Tarin is an interdisciplinary trans mestiza Xicana artist working primarily with video, installation, performance, and new media. They were born in San Antonio, Texas and are a SAIC BFA candidate. Their work has been exhibited and screened at ArtSpace Mexico, Dfbrl8r gallery, and 368 Ponce Gallery. 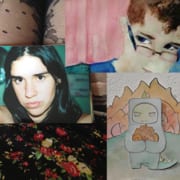 The State of Black Bodies
Scroll to top