Admission is FREE! SOMArts is offering free admission in hopes that if you can afford to donate, you will support the artists onstage when the hat passes. RSVP on EventBrite to guarantee a seat.

On the first Tuesday of each month The News, presented by SOMArts Cultural Center, features new, queer work by Bay Area artists. The News is a monthly cabaret evening that spotlights 10-minute or less performance pieces, experiments, and works in progress by pre-selected solo artists, groups, or troupes.

The nature of The News is to give artists access to critical space for risk-taking in performance. In addition to artists selected by a guest curator, a “wild card” performer or two appears in each line-up at The News. “Wild cards” are artists who may not have been selected by the guest curators, but join in the evening to share new work. Artists interested in performing as a “wild card” at The News can find more information here.

Kevin Seaman is an artist, curator and consultant with 11 years experience working with Bay Area arts communities. He was named one of SF Weekly’s 16 Artists To Watch in 2016 and is currently an Association for Performing Arts Presenters’ Leadership Fellow. Kevin has been commissioned by RADAR Productions and THEOFFCENTER, and has received grants from Endeavor Foundation for the Arts and San Francisco Arts Commission. He has performed/exhibited at artistic venues including Brava, CounterPULSE, de Young Musuem, The LAB, Intersection for the Arts and Victoria Theater (FRAMELINE35); as well as nightlife venues like The Oasis, The Stud, El Rio and The Edge. Kevin formerly worked with San Francisco Foundation’s Art & Culture program and has reviewed applications for San Francisco Arts Commission, City of Berkeley and Endeavor Foundation for the Arts. He has led artist-focused workshops for the National Queer Arts Festival, Intersection for the Arts, Center for Cultural Innovation and San Francisco Friends of Chamber Music, and brought Bay Area queer arts to the attention of national funders by co-facilitating Queering the Arts: Aesthetics and Economies at the Grantmakers in the Arts annual 2012 conference. Kevin currently heads the Queer Cultural Center’s artist development and technical services program.

The Singing Bois is a queer pop quartet based in Oakland. Part boy band, part Rat Pack, they create spaces for masculine-of-center and POC musicians within new and classic styles such as R&B, soul, rock, jazz, and Latin genres. Twisting gender expectations, they blend musical precision, playful staging, and sexy swagger. Known for their unique interpretations of songs by everyone from Sam Cooke to Selena, The Singing Bois make audible a range of masculinities and tell queer, butch, and trans stories through song.

Arnetta Smith received her M.A in Ethnic Studies with an emphasis in Black queer media from SFSU where she is a current Lecturer in Women and Gender Studies. A Midwestern, queer Black female passionate about social justice and equality, her extensive work history includes media and music production, event planning and fundraising, and marketing and promotion. Arnetta’s concern with the invisibility of queer females and trans people of color in media, research and the arts drove her to create King Productions, a queer performance production company uplifting the voices of queer performers of color. Arnetta has served as the Performance Chair for the biennial Butch Voices conference in Oakland and has partnered with Nynah Films to create the web series “Dyke Central.” She has worked with the Queer Women of Color Media Arts Project, Berkeley City College and currently produces content with her new media company Mi[C]heck Media & Productions. 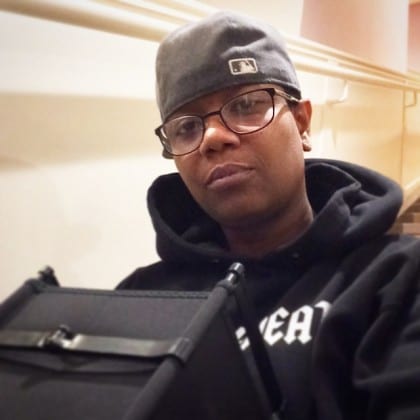 Chauncey K. Robinson is a 2015 graduate of San Francisco State University, where she took an emphasis in Theatre Arts.  In the Fall of 2015 she directed the staged reading of “I’m Here, I’m Queer, and I’m Hungry” for the Fringe Goes Long Festival by SFSU that premiered at PianoFight in the Bay area. Chauncey is currently on the editorial board for the international online news publication People’s World, where she is also serves as a journalist for the daily news source. She believes that art and creativity, in any capacity, should help to reflect the world around us, and be one of the tools to help bring about progressive change. Born and raised in Newark, New Jersey, she has a strong belief in people power. She seeks to make sure that topics that affect working class people, peoples of color, and women are constantly in the spotlight and part of the discussion. Chauncey has a love for writing, directing, content creation, and overall great art that pushes people to think and grow. Her most current play is “Warped Love Stories” which first premiered in a shortened version at the Fringe Festival in San Francisco in 2015, along with being co-producer of the multi-media play SEEDS, which will premiere in San Francisco this June. 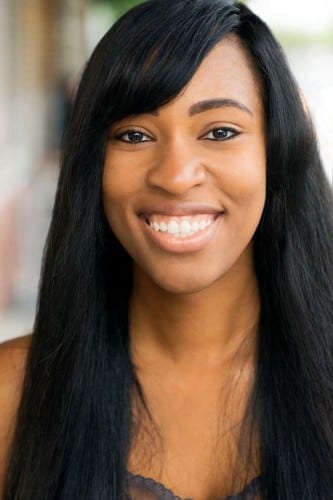 Miko Thomas (aka Landa Lakes) grew up in the tribal lands of the Chickasaw Nation in south central Oklahoma and is heavily influenced by the laungauge, songs, stories and artwork passed down through generations of Chickasaw people. He was involved with the 1970s American Indian Movement and participated in the American Indian Student Association, the Gay and Lesbian Alliance and ACT UP in the 1980s. A Navy veteran, Thomas moved to San Francisco in the early 1990s and immediately became involved with LGBT and Native communities. Thomas is the Co-Chair of the Bay Area American Indian Two-Spirits social and political group and was on the committee to plan the first ever Two-Spirit Powwow, attracting thousands of people from across the country. Landa Lakes is the matriarch of the fun, diverse and creative House of Glitter (HoGz) and has served as San Francisco Ducal Court’s Grand Duchess. 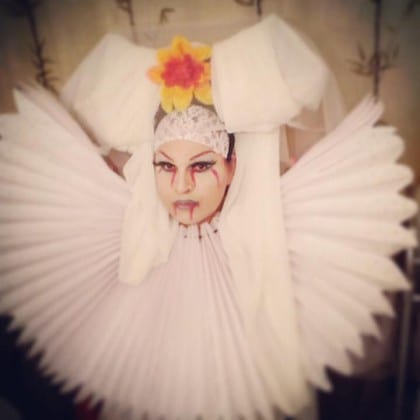 Sarah Cargill is a Bay Area flutist, teaching artist and youth worker aiming to implement socially relevant, culturally competent and economically accessible avenues to classical music training and live performance within working-class and queer communities of color. She is a fierce advocate for queer people of color visibility and leadership in classical music and believes in the power of artistic resistance to create social change. Her past teachers include Mary Stolper, Amy Likar, Stacey Pelinka, and Maria Tamburrino. She has performed in master classes led by Carol Wincenc, Robert Stallman, Liisa Ruoho, Martha Aarons and Molly Barth. An avid orchestral flutist, Sarah was actively involved in various orchestral ensembles in the Bay Area including the UC Berkeley Symphony Orchestra and the Bay Area Rainbow Symphony. Sarah’s recent solo and chamber performances and collaborative projects with queer of color community artists aim to challenge traditional performance practices and unpack the politics of race, gender, class, queerness and colonial mentality in classical music. Sarah graduated from The University of California, Berkeley with a B.A. in Music and Gender and Women’s Studies. She currently serves as a member of the Board of Directors for Bay Area Girls Rock Camp in Oakland, CA. 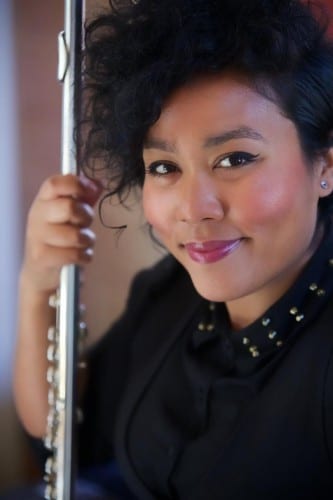 Teri Stockton is a 56-year-old queer aging woman of mixed ethnicity. A survivor of repressive homophobia and ultraconservative politics from her roots in the San Joaquin Valley agriculture belt, she is a multidisciplinary performer, actor, storyteller, visual artist, creative writer, educator and mental patient. Expanding from traditional acting and storytelling to self-revelatory creative non-fiction and personal narrative solo performance, her performance history covers several decades and leaning heavily toward ensemble productions in classic, experimental and community-based collaborative genres. Stockton utilizes writing as a creative and cathartic outlet and performs at open mics to regnite her performance practice. She currently creates and presents interdisciplinary arts workshops focused on personal expression and memory care for adults. 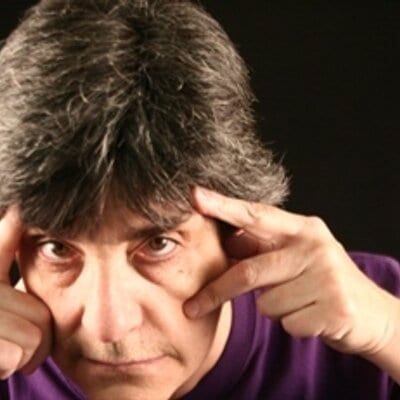 Celeste Chan is a queer artist, activist, writer, and filmmaker, schooled by DIY and immigrant parents from Malaysia and the Bronx, NY. Her films feature oral history interviews, cellophane, blow-up unicrons, a pearl-clutching fashion fetishist, lipstick as armor, sap, images of disintegration, and direct animation. Her recent writing can be found in AWAY, cream city review’s genrequeer folio, and the Glitter & Grit Anthology. In addition to her own creative practice, Chan curates and creates platforms to amplify fellow artists. Alongside KB Boyce, she co-directs Queer Rebels, a queer and trans people of color arts project. She’s a contributing editor to Foglifter, a new literary journal of queer form & content. Chan is thrilled to launch new projects in 2016. She is collaborating with Elliat Graney-Saucke to create ART Heart: Children of Riot Grrrl and Beyond, a feature-length experimental documentary (est. completion 2018). She’s proud to be a new student/teacher in DIY MFA Bay Area. Her multimedia solo show, Regeneration, debuts June 15 and 16 at SAFEhouse (Saving Art From Extinction). Find out more: www.celestechan.com 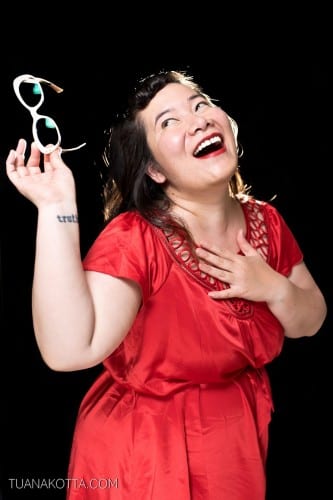 Founded in 1993, Qcc is a multiracial community-building organization that fosters the artistic, economic and cultural development of San Francisco’s LGBT community. We implement our mission by operating programs that commission and present Queer artists, that promote the development of culturally diverse Queer arts organizations and that document significant Queer arts events taking place in San Francisco. By presenting, exhibiting, screening and documenting queer artists’ work, Qcc contributes to the development of a multicultural perspective on the Lesbian Gay Bisexual Transgender experience.

QCC began operating  “Creating Queer Community” in 2000 by awarding 5 small commissions ranging from $500 to $1500.  Since then, QCC has commissioned approximately 120 LGBT artists to create new works that authentically express our community’s diverse experiences. The vast majority of these commissions have been awarded to culturally-specific and gender-specific individual artists whose work expresses the experiences of queers of color, Lesbians and Transgendered people. The commissioned work has broadened the Queer community’s understanding of the fluid nature of racial and gender identities and has provided many insights into what people of different races, gender identities and ages actually think.