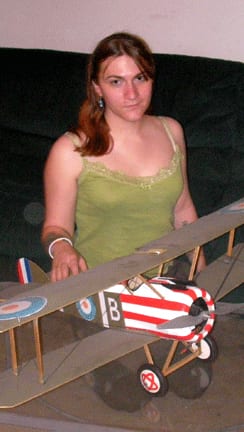 Mila  Ponder began transition around April of 2006 and went full time at the end of January 2007. She started transitioning at her job as a network technician but left after pursuing her passions in the non-profit sector. She currently works as the Operations Manager at the TLC, where she either Operates the Management or Manages some sort of Operations. She continues to develope her skills in art, especially sequential art, computer animation, sculpting, and painting. She also enjoys Philip K Dick novels, the film Logan’s Run, Dr. Who, and anything on the discovery channel. She married the girl of her dreams in May of 2008. 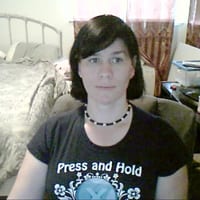 Jayna Ponder was born on a remote island of Amazon women. Jayna began transitioning around June of 2006. She went full time at the end of January 2007 and transitioned on her job as Lead Artist for a video game developer. She has worked on numerous video games, film, and taught 3d and game development courses at the college level. She currently works as an independent art contractor in Northern California. She completed her M.F.A. in Computer Animation in 2008 and is a commited LGBT activist and educator. She enjoys art, dancing, video games, comic books, exercise, and bike riding. She is a huge Justice League and DC animated universe fanatic… collecting artwork and maquettes.

Yoseñio V. Lewis is a dark skinned Latino female to male transsexual who has been an activist since 1973. A health educator, speaker, writer, performer, trainer, facilitator and spiritual hugger, Yoseñio is a member of the Board of Directors of The Woodhull Sexual Freedom Foundation and of Tenderloin Health (in San Francisco). He was most recently on the Board of Directors of the National Gay and Lesbian Task Force (NGLTF). Yoseñio is also a co-founder of Big Boys’ Ink™ Productions, a theatrical writing and performing company. Yoseñio is also a co-founder of “The TransAms”, a barbershop quartet composed of transsexual men. Yoseñio has been a subject of several documentaries, including Christopher Lee’s “Trappings of Transhood” and the television channel A&E’s “Transgender Revolution.”

Renata J. Razza documents the human experience from the space between mainstream identities. Renata’s push-pull affair with writing began in a home full of word lovers. Having used words to get money and love, Renata now focuses on using words to bridge the chasms that divide us and to lean into insights on the depth of living. Renata writes from the intersection of genderqueer and racequeer identities and is also practicing the art of living. 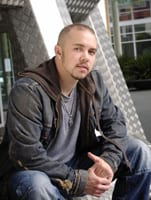 Joshua Klipp is a transgender singer and hip hop dancer.  In 2008 he hit the Billboard Charts with his song “L1FE”, hosted LOGO’s “New Now Next” debuting a music video featuring a transgender love story, and lit up Pride festivals from Stockholm to San Francisco .  In 2006, Josh made music history as the first transman to release a song featuring both his pre and post-transition vocals, “Little Girl”.  That song garnered national attention on “The Tyra Banks Show”, and was used in Season 4 of Showtime’s “The L Word”.  Josh is currently working on his second full post-transition album with his openly gay producer Kristopher Cloud.  He is also artistic director of freeplay dance crew – a company he founded 10 years ago and was featured in 2007’s National Queer Arts Festival.  For more info on Joshua Klipp visit www.myspace.com/cutelittlewhiteguy 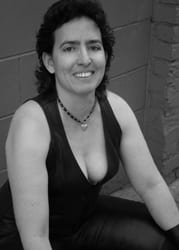 Jess Katz is a native Bay Area dweller, who returned to the homeland 4 years ago. She identifies as queer and gender-fluid, and is passionate about her various creative and kinky pursuits. She has previously read her work at events including “Going There” at the Jon Sims Center, and “Fresh Dirt: New Erotic Writing”, at the Center for Sex and Culture. Jess believes that sharing our stories is a revolutionary act. She loves writing characters who are changed by love, lust, dubious intentions and chance encounters. TransForming Community is her favorite annual reading, and she is thrilled to share the stage with these bright and uncommon luminaries of vision and heart.

FOLLOW US!
Days I Moved Through Ordinary Sounds Identity Writers
Scroll to top