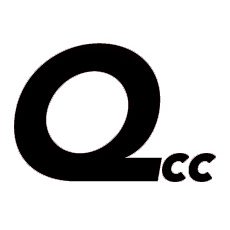 Our country is in a state of turmoil, not because we are rising up in protest. BIPOC people in the US have lived in a state of turmoil for centuries. It is nothing new for us. Now we see more extreme disparities with COVID-19 and the continued violence and terror that police perpetrate against Black people and Black communities.

We shout out Black Lives Matter!

Yet we rise up. We march in the streets, because No Justice, No Peace. We build systems of mutual aid drawing on methods from the disability justice movement. We believe power is built through collaboration and alliance building with a broad range of communities and organizations who share our belief in social justice, against anti-Blackness and against police brutality.

We want to uplift work from just some of our communities.

Resources and writing for change:

We center LGBTQ+ artistic voices and stories at QCC and acknowledge that these communities exist everywhere. It is the creative power of artists, storytellers, and visionaries that shifts culture and makes change. Join us as we say #BlackLivesMatter #ICantBreathe #NoMore #NoJusticeNoPeace.

In Solidarity,
Queer Cultural Center’s Staff and Board