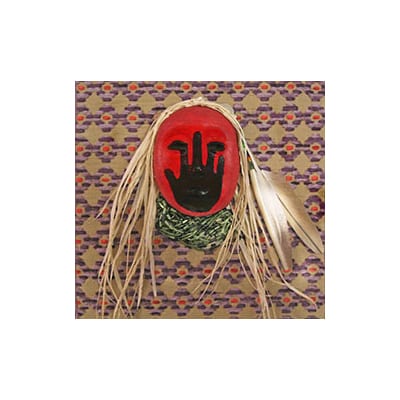 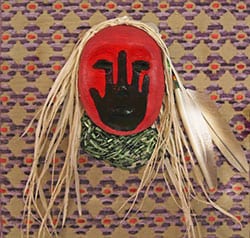 Pintishkannovt nantahaat katihmi? (What Happened to Little Mouse?), is a multidisciplinary theatrical production exploring Native American and Two-Spirit (LGBT) identity through non-verbal interpretations of Chickasaw myths utilizing traditional masks, pantomime and live music. Local drag performer and Two-Spirit artist, Landa Lakes, takes you on a journey with Little Mouse as she explores the ancient world of Southeastern Tribal origin stories. Storyteller, J Miko Thomas (Chickasaw), based these characters on nearly forgotten oral stories passed down through generations and weaves them into one adventure. Along with fellow queer artist Peter Griggs, Thomas sets the mood in this world with sounds and percussion. Choreographer Travis Santell Rowland provides movement as Little Mouse encounters colorful characters on her journey of self-discovery. Following the performance, Landa Lakes will discuss the relevance of these stories in the modern world. 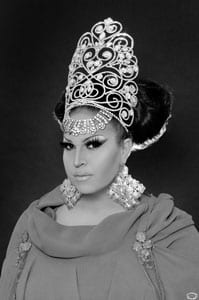 J Miko Thomas is a Chickasaw writer, musician, activist and artist. As drag persona Landa Lakes, in 2005, she founded two drag performance groups that have contributed to San Francisco’s art and cultural scene: the Two-Spirit Native American drag troupe, the Brush Arbor Gurlz, and the creative and campy House of Glitter. Landa uses art to combine contemporary ideas with Native history and traditional stories to convey the shared experiences and understanding of human nature outside the colonialized Christian perspective. Some of her notable honors are: the New York Fresh Fruit Festival Performance Award, KQED LGBT Local Hero Award and was publically elected as Grand Duchess 36 of the Grand Ducal Council of San Francisco, a non-profit organization. Thomas served as Co-Chair to the Bay Area American Indian Two-Spirits (BAAIT-S) and is on the Board of the BAAIT-S Two-Spirit Powwow. Landa is grateful for the opportunity to weave traditional stories into the colorful performance of Pintiskvnno. 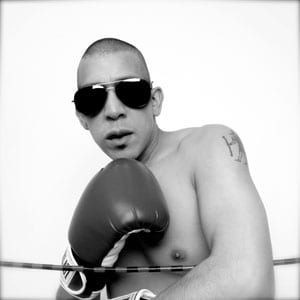 Peter Griggs’ work includes collaborations with Boathouse Productions, EmSpace Dance theater, and most recently with Shotgun Players’ Eurydice with the Erika Chong Shuch Performance Project. He is founder of the Burning Monk Collective which has produced two (and now three) of his original works Subrosa and Killer Queen, which premiered at Mama Calizo’s Voice Factory in early 2010. In 2011, another run of Killer Queen was produced as a site-specific work in SF and in LA, and received a GLAAD nomination for outstanding Los Angeles Theatre. Peter is so honored to be part of this new and inventive production of Pintiskvnno. 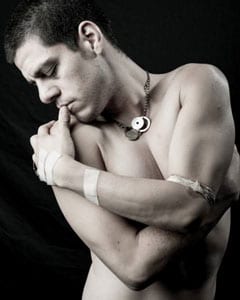 Luis Paul Canales work includes being the subject of the photo book Cured? which follows his performance in San Francisco under the performance name Strobe in variance drag venues. Strobe’s other works include Showboys SF and small Bay Area productions. His performance style and movement has made him unique from many other nightlife artists. Strobe studied dance at San Jose State University and is excited to be playing the lead character of Pintiskvnno (Little Mouse). 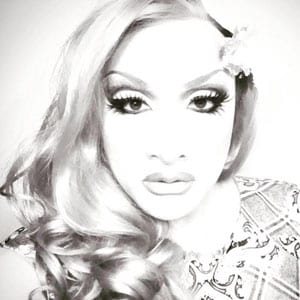 Miso Hornay has been performing on the San Francisco drag scene since 2005. Miso is an active member of the Brush Arbor Gurlz and the House of Glitter. She has created concepts and performed in larger drag productions at venues such as DNA Lounge and Oasis and the De Young Museum. Miso is honored to be a contributor on the Little Mouse project. 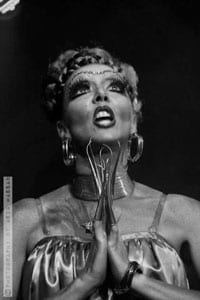 Lindsey Tucker has been performing since 2012 under the name of Frida K-Hole in San Francisco. She found drag through the rooms of recovery and got her start at The Mascara Show hosted by her drag mother U-Phoria Glitter. Frida reigned as Miss Castro Country Club where she produced and hosted a recovery based drag show that raised needed funds for the clean and sober community space The Castro Country Club. Her other works include performances at Trannyshack, Mother and hosting SF Pride’s clean and sober space stage as well as being a runner up in Miss Trannyshack Star Search. Frida K-Hole is in the House of Glitter and the House of Mascara. 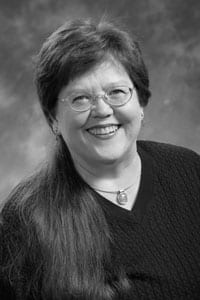 Shar Suki is a mixed-blood hand drummer musician, that is proud of her Native and European roots. It is reflected in her performance style. She is originally from Oklahoma but has been a fixture in San Francisco Powwows for many years. She is a member of the Bay Area American Indian Two-Spirit Drum Group and recently took part in the Two-Spirit Powwow Hand Drum Circle held at Fort Mason in February 2016. Shar is delighted to be in this production of storytelling, which she holds near and dear to her heart coming from the Woodland Native culture. 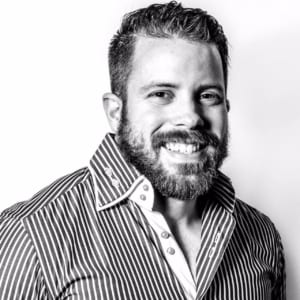 Andrew Slade is an artist, musician and performer. A graduate of the University of Iowa for musical performance and the Art Institute of California, Andrew has called San Francisco home for the last nine years. He is an accomplished musician and began performing under the name of Chaka Corn in 2015 and reigned as Miss Trannyshack Star Search. Chaka’s unique approach to video game themed drag performances has earned him a spot in the SF drag scene and is a member of the House of Glitter. Photo Credit Jose Guzman Colon 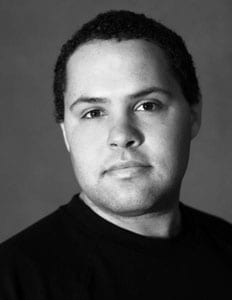 Travis Santell Rowland (Qween) is an interdisciplinary performing artist, choreographer, and arts educator. He holds BA degrees in both Drama (Popular Theatre) and Dance (Performance & Choreography) from San Francisco State University. Choreographic credits include his roles as Collaborating Choreographer for The Tempest (2012) and Assistant Movement Director for A Midsummer Night’s Dream (2014) at California Shakespeare Theater, Every 17 Minutes the Crowd Goes Crazy (2013) at A.C.T.’s Young Conservatory, Dogeaters (2016) at Magic Theatre, Ada and the Memory Engine (2015) and The Red Virgin (2013) at Central Works Theater, and Admeto (2013) at San Francisco Conservatory of Music. Mr. Rowland was also Director & Choreographer for both the 2013 & 2014 Miss Trannyshack Star Search winners and 2nd runners-up at DNA Lounge, as well as setting movement and direction for a plethora of nightlife and drag performance works for various artists in the Bay Area. In September 2015 Qween won Club SOME THING’s 5th annual drag competition at De Young Museum. She is the current reigning Miss Tiara Sensation and a member of the House of Glitter. Travis can currently be seen in Colossal directed by Jon Tracy at San Francisco Playhouse March 19th to April 30th. Facebook.com/travismoves 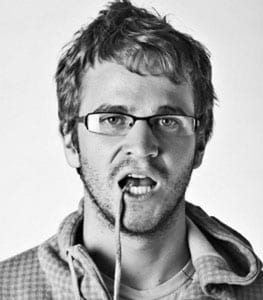 Evan Johnson is an actor, playwright and physical theatre artist living in San Francisco, CA. His performance work incorporates character and personage as well as story and text experiments, movement, improvisation and masks. Evan is a proud graduate of The Dell’Arte International School of Physical Theatre in Blue Lake, CA (2006). He co-founded The IT Speaks Project with Jamie Van Camp in 2006 and The 11.11 Art Group with Ernesto Sopprani in 2010. Evan presented his original play for one actor, DON’T FEEL: The Death of Dahmer (with 11.11 Art Group) at Mama Calizo’s Factory in 2010, as a DIY Resident Artist. The IT Speaks Project presented an interactive comedic showcase entitled The Hello Show! in 2007 and 2008 and shared their signature brand of physical comedy with Studio 81 Drama students at El Dorado High School.

The Musical Prostitute
Scroll to top