Performance poet Sini Anderson will be premiering six new spoken word pieces at this year’s festival in collaboration with local sound artist Kadet Kuhne and photographer Sara Seinburg. Traditionally, poetry has been kept within the walls of the page, and spoken word has been kept on the stage. In this performance, the artist will bring the audience closer to her process of creation. By incorporating a live sound score and large projected images, the artist will allow the audience to experience a wider range of imagination. Sini will be bringing to the stage with her some of the sounds and visuals that make up her writings and transform them into what is performance poetry. Issues such as class, art, education, religion, and over abundance of wealth in our country and city will be just some of the topics that Sini will explore. She has also invited two of her biggest inspirations to perform with her on this night-New York poet and novelist Eileen Myles and local hero, novelist, and genius Kris Kovick. Eileen Myles will read from her novel Cool for You and her upcoming book of poems, Skies. This performance was made possible by a generous grant from San Francisco Art Commission. 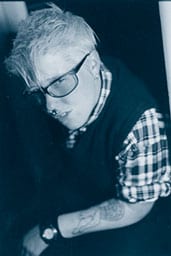 Sini Anderson
Sini Anderson moved to San Francisco from Chicago when she was twenty-four and became involved in the city’s spoken word community. In 1994 she cofounded Sister Spit with Michelle Tea and began staging open mike nights in San Francisco bars. These events encouraged lesbians and other women to perform their works in a supportive environment and created a lesbian audience for spoken word. She has been performing her work across America for the past for the past ten years in such venues as New York’s P.S.122, The Michigan Wimmin’s Music Festival, Lollapalooza Music Festival, and Seattle’s Bumpershoot Art Festival. She does not write her material to be read, but rather to be heard in live performance. Anderson was awarded a 1999 grant from Theater Bay Area’s CASH program and will stage an evening of her original work during the 2000 National Queer Arts Festival. Most recently she has been published in the Outlaw Bible of American Poetry (Thundermouth Press 1999). 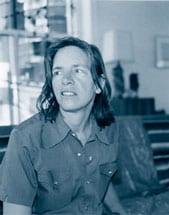 Eileen Myles
Eileen Myles has been reading and performing her work locally, nationally, and internationally since 1974. Eileen Myles is a poet who lives in New York and Provincetown. Her new novel Cool for You (Soft Skull Press) is the latest chapter in her brave and punk ballad of female experience. In 1997 Eileen toured with Sister Spit’s 1997 Ramblin’ Road Show, and can be heard on their first CD on Mercury’s Mouth Almighty label. Her poems are also on Welcome to Villa Villakula. Myles’ collection of stories Chelsea Girls (1994) is a cult classic and there are dog-eared copies of it in bedrooms and bathrooms all across America. Her most recent books of poems are School of Fish (1997) which won a Lammy, Maxfield Parrish (1995) and Not Me (1991). In 1995, with Liz Kotz, she edited The New Fuck You/adventures in Lesbian Reading (Semiotext(e), 1995) which also received a Lambda Book Award. Eileen Myles was artistic director of St. Mark’s Poetry Project from 1984-86. In 1992 she conducted an openly female write-in campaign for President of the United States. Currently, she writes about art and literature in Art in America, The Village Voice, The Nation, The Stranger, Nest, Civilization, and numerous other publications. Eileen Myles was one of the major influences behind the creation of Sister Spit’s all-girl literary revolution. 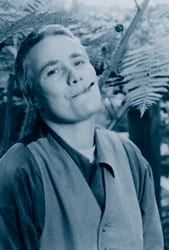 Kris Kovick
Kris Kovick is a cartoonist and a storyteller. She has written several books, including What I Love About Lesbian Politics is Arguing with People I Agree With (mercifully out of print). She has contributed to queer anthologies, among them Women Are From Paris, Men Are From Detroit; Weenie Toons; and most recently, Dyke Baggage. Her work appears in Funny Times, Bay Times, High Times, Animal Times, and Bikini Quarterly. She produces spoken word evenings at the Jon Sims Center for Performing Arts, and she also serves as the pooper scooper in Precita Park. She is currently dying of breast cancer, and smoking pot like a rastafarian! She will be reading from new work, America’s