FEATURING PERFORMANCES BY:
(all artists perform every night) 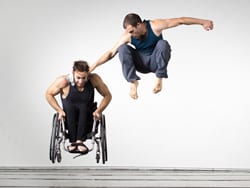 AXIS Dance Company – Prepare to leave all your preconceptions at the door. AXIS Dance Company, one of the world’s most acclaimed and innovative ensembles of performers with and without disabilities, will change the way you think about dance and the possibilities of the human body forever.   Founded in 1987, AXIS has become a jewel of the contemporary dance scene and the disability community. AXIS has paved the way for a powerful contemporary dance form – physically integrated dance – performing in over seventy-five cities nationwide, as well as in Europe and Siberia. Under the Artistic Direction of Judith Smith, the Company’s list of collaborators reads like a Who’s Who of contemporary dance – Bill T. Jones, Stephen Petronio, Joe Goode, Joanna Haigood, Victoria Marks, Ann Carlson, Margaret Jenkins, Sonya Delwaide, Alex Ketley, David Dorfman, Shinichi Iova-Koga, Meredith Monk, Fred Frith, and Joan Jeanrenaud. AXIS has received seven Isadora Duncan Dance Awards and an additional nine nominations. www.axisdance.org Photo by DavidDeSilva

The Barbary Coast Cloggers were founded in San Francisco to bring the rowdiness and unique spirit of North America’s indigenous dance form, called clogging or American step dancing, out of the Appalachian Mountains all the way to the West Coast. Performing since 1981, the company’s innovative performance style is an exciting synergy of traditional American dance imbued with originality, flare, and a certain creativity that is characteristically Californian. The San Francisco Chronicle says, “They are the snappiest ensemble dancing and seem to have leaped out of ‘Seven Brides for Seven Brothers.’” The Barbary Coast Cloggers have toured in the United States and Canada, including performances at the New Orleans and Vancouver World’s Fairs, C.L.O.G. Nationals in Nashville and San Diego, and extensively throughout California under the auspices of the California Arts Council Touring and Presenting Program. The company has a long history with the Harvest Festival, performing up to 50 times a year in as many as seven venues in California, Oregon, and Nevada.  www.barbarycoast.org Photo by RJ Muna 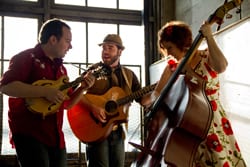 Coyote Grace – If you want a lesson in organic chemistry, take notes and watch the sparks fly between the Left Coast downhome duo known as Coyote Grace. The Coyote is Joe Stevens on guitar & banjo, a transman native to northern California; the Grace is Ingrid Elizabeth on upright bass & cajon, a sassy femme originally hailing from the hills of southeastern Ohio. Coyote Grace has captured the eye and the heart of live audiences nationwide with their tight harmonies, poignant songwriting, and gyrating stage presence. In addition to headlining their own national tours, Coyote Grace has shared the stage with modern folk legends, including extensive touring with Indigo Girls, Girlyman, and Melissa Ferrick.  With their five albums and wanderlust galore, they are passionate activists who have proudly made a living being an open book – even about controversial topics such as transition, sexuality, grief, and addiction.  With a vintage style and a timeless grace, they are here to spread the gospel to any eyes, ears, and hearts that might happen stop on that unsuspecting street corner… and listen.  www.coyotegrace.com 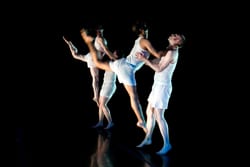 Sean Dorsey Dance – Sean Dorsey is an award-winning choreographer, dancer and writer and the founder and Artistic Director of the Fresh Meat Productions. Recognized as the U.S.’ first out transgender modern dance choreographer, Dorsey has won audiences and accolades from San Francisco to New York with his powerful dance-theater. Dorsey was named “San Francisco’s Best Dance Company” (SF Weekly) and was named one of the nation’s “Top 25 to Watch” by Dance Magazine. He has been awarded two Isadora Duncan Dance Awards and the Goldie Award for Performance.

Dorsey is currently touring his show The Secret History Of Love to 20 cities across the US. He is also creating a new concert, The Missing Generation and The Source Of Joy, which investigates the contemporary impact of the loss of much of an entire generation of transgender and gay people to AIDS in the 1908s. www.seandorseydance.com Photo by Lydia Daniller 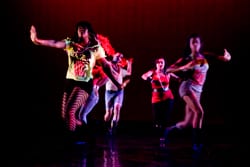 Allan Frias / Mind Over Matter A leading force of the Bay Area hip-hop scene, Frias is known as a charismatic teacher, riveting performer, and a nationally-acclaimed choreographer.  In 1993 he founded San Francisco’s elite hip hop ensemble, Mind Over Matter (M.O.M.).  M.O.M. has performed in countless festivals, theaters, showcases and clubs throughout California. Frias appeared on Fox’s “So You Think You Can Dance,” earning a place in the top 12.  Teaching hip-hop in the heart of San Francisco at Dance Mission Theater since 1997, Frias’ unique choreography and polished stage presence merges styles felt from the streets, and the Latin and Afro-centric vibes felt in the mission. Frias also directs and choreographs for the performance program of the Golden State Warriors. Frias, who looks more like a football player than your average dancer, shows that body type does not make a dancer. His size and personality lend power to his teaching, stage presence and choreography. 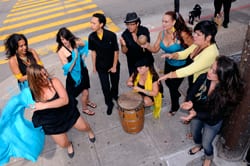 Las Bomberas de la Bahia was founded in November 2007, under the direction of Denise Solis and Sarazeta Ragazzi, and is one of only a handful of all-women’s Bomba ensembles to exist internationally. The group is composed of San Francisco Bay Area artists, educators, and activists dedicated to expanding the tradition of this living cultural form by highlighting the important role women play in supporting our communities while continuing the legacy of resistance that was born in the sugarcane plantations of Puerto Rico by enslaved persons. Las Bomberas de la Bahia perform nationally for educational institutions, cultural centers, and cultural festivals and in two commissioned original works. Don’t miss the infectious Boricua music of Las Bomberas de la Bahia!! www.facebook.com/bomberadelabahia 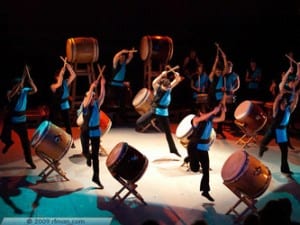 Maikaze Daiko (Dancing Wind Taiko) was founded with the mission to preserve and promote the rich, cultural and artistic heritage of the modern folk art form of taiko, known as kumi-daiko. Maikaze Daiko focuses on work that incorporates elements of world music, contemporary choreography, and interdisciplinary imagination as a medium to express the universal human condition as it relates to its environment, community and the future while being rooted in cultural traditions. Maikaze Daiko believes that the power of the taiko drum can bring together people of diverse backgrounds, ethnicities, ages, and perspectives. That power unites them in a community embodied in performances that connect the rhythms of the body with the soul and the spirit of the heart. 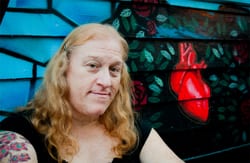 Humorist Dana Morrigan was conceived in a short story by a latent genderqueer English professor in 1991 and was born at the San Francisco Queer Open Mic in 2008. Before becoming a queer performer, she published scholarly articles on James Joyce and Samuel Beckett, wrote award-winning fiction, and was a Head Writer at Bloomingdale’s. Dana is proud to have been featured in the inspirational documentary Lemonade, and to have appeared naked on the cover of SSEX BBOX magazine. She performs at events ranging from the Transgender Leadership Summit to the San Francisco Transgender Film Festival, and posts absurd and uplifting aphorisms on Twitter under the screen name IdentityTBD. www.danamorrigan.com 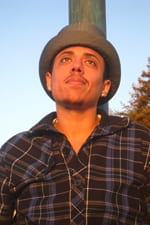 Amir Rabiyah lives in Oakland, California. He received his BA in Women’s Studies from Portland State University and his MFA in Writing and Consciousness from the New College of California.  He was a finalist in the 2008 Joy Harjo Poetry Contest sponsored by Cutthroat Magazine and the Enizagam 2012 Literary Award. His work has been featured in Mizna, Tea Party Magazine, the Kearny Street Workshop’s anthology: I Saw My Ex at a Party, 580 Split, Left Turn Magazine, Gender Outlaws: The Next Generation, Collective Brightness: LGBTIQ Poets on Faith, Religion and Spirituality, the Asian American Literary Review and more. Amir participated in the Men’s Story Project at UC Berkeley, a performance and dialogue performance project which explores social ideas about masculinity. In 2012, he received a award to be an artist in residence at the Kimmel Harding Nelson Center for the Arts in Nebraska City. www.amirrabiyah.com 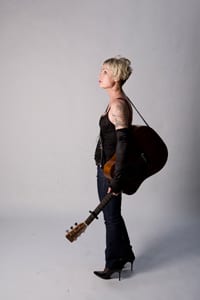