Strange Bedfellows is a visual art exhibition exploring collaborative practice in historical and contemporary and queer art.  This interactive panel discussion, moderated by curator, Amy Cancelmo, brings together several of the exhibiting artists to discuss issues of collaboration. Participating artists will discuss the impetus for collaborative practice, personal and/or political desire, “familial” connections, empathy, intersubjective identity, and collaboration as a radical concept. The exhibition features media such as video, photography, performance, sculpture, sound, textiles, and painting to raise questions of authorship, exploitation, community, and self-identity. The accompanying full color catalogue features an essay by the curator highlighting strategies of collaborative queer artistic practice in the exhibited works, and an investigation of the evolution of collaborative practice from the modern to contemporary era. Don’t miss the opportunity to visit the exhibition, pick up a catalogue, and interact with some of the most influential Bay Area queer artists directly. 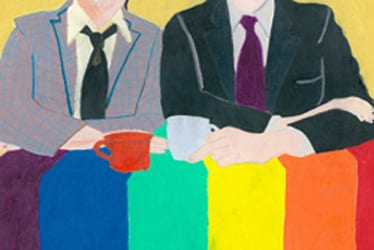 Funded by Qcc and the Endeavor Foundation 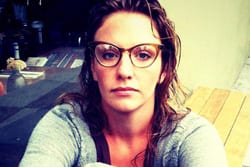 Amy Cancelmo received her MA in Queer Art History from San Francisco State University in 2011 and a BFA in painting from Syracuse University in 2004. Her current creative pursuits focus on curatorial practice, research & writing. Her most recent project “Strange Bedfellows,” is a nationally traveling exhibition and catalogue exploring collaborative practice in queer art making. The project is fiscally sponsored by the Queer Cultural Center and will be presented first at Root Division, as part of the National Queer Arts Festival in June of 2013. It will then travel to the Samek Art Gallery at Bucknell University in Lewisburg Pennsylvania (Fall of 2013) and the College Art Association Conference, in Chicago (Feb 2014) as the sponsored exhibition of the Queer Caucus for the Art.

Amy is currently employed at the Exhibitions & Events Coordinator for Root Division, where she oversees twelve exhibitions, and works with over 500 artists annually.  She has been curating solo and group exhibitions of Root Division artists and affiliates at offsite venues such as ODC Theater and the Spare Change Artist’s Space since 2011. As a curator Amy is interested in presenting work that addresses current social issues and creates opportunities for dialogue, learning and critical engagement by all participants. 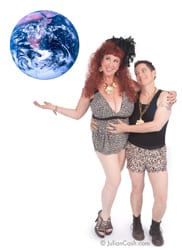 Elizabeth M. Stephens is interdisciplinary artist, activist and educator who has explored themes of sexuality, gender, queerness, and feminism through art for over 20 years. Her current passion is SexEcology: the art of exploring the Earth as a lover. This work is designed to create the desire in others to love, cherish and honor the earth as they would their own lover, instead of expecting the earth to take care of them as one might expect from one’s mother. SexEcology combines Stephens’ interest in sexuality and ecology in order to help stop environmental degradation and bring about environmental healing and pleasure. Some of her other works include the bronze sculptural installation, The Academic/Porn Star Panty Collection; the road trip performance piece Wish You Were Here; the video installation, Kiss, as well as her ongoing collaboration with Annie Sprinkle in the Love Art Laboratory. She has exhibited and performed in museums, galleries and festivals around the world. For more information about Elizabeth’s other work see http://www.elizabethstephens.org/ 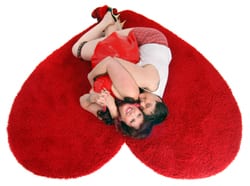 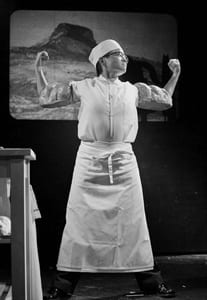 Tina Takemoto is an artist and associate professor of visual studies at California College of the Arts in San Francisco. Her work examines issues of race, queer identity, memory, and grief. Her current project explores the LGBT experience of the Japanese American incarceration camps during World War II. She has presented artwork and performances internationally and has received grants funded by Art Matters, James Irvine Foundation, and San Francisco Arts Commission.

Takemoto’s articles appear in Afterimage, Art Journal, Performance Research, Radical Teacher, Theatre Survey, Women and Performance, and the anthology Thinking Through the Skin. Takemoto is a board member of the Queer Cultural Center and co-founder of Queer Conversations on Culture and the Arts. On occasion, she makes guerilla appearances as Michael Jackson and Bjork-Geisha.

E.G. Crichton uses a range of art strategies to explore social issues, history, and site-specific subject matter.  She often works within community settings and collaborates across disciplines with performers, writers, scientists and composers, to name a few. Her work has been exhibited in art institutions and as public installations in Europe, Asia, Australia and across the U.S.  She is a professor in the Art Department at UCSC and the first Artist-in-Residence for the GLBT Historical Society. 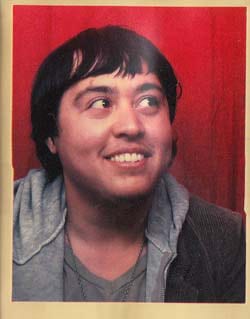 Chris Vargas is a film & video maker whose areas of interest include queer/transgender history, tabloid biography, and radical politics. In 2011, he earned his MFA in Art Practice from the University of California, Berkeley, where he currently teaches digital video production. His solo video work includes Have You Ever Seen a Transsexual Before? (2010) and Libéraceon (2011). With Eric Stanley he is the co-director of the movie Homotopia (2006), as well as its forthcoming feature-length sequel, Criminal Queers (2012). www.chrisevargas.com 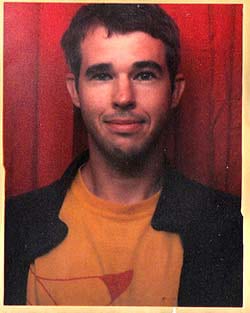 Greg Youmans is a film scholar as well as a videomaker. He earned his Ph.D. from the History of Consciousness program at the University of California, Santa Cruz, and from 2012-13 he is a Scholar in Residence of the Beatrice Bain Research Group at UC Berkeley. His research explores the social and political role of queer filmmaking in the 1970s. In 2011, Arsenal Pulp Press published his book on the pioneering, Bay-Area documentary Word Is Out: Stories of Some of Our Lives (dir. Mariposa Film Group, 1977). He is now at work on his second book, “Thank You Anita!”: Gay and Lesbian Filmmaking in the 1970s. www.gregyoumans.com 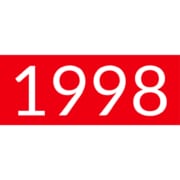 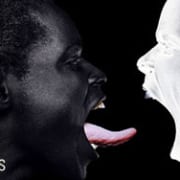