The Harvey Milk Institute and the Queer Cultural Center are pleased to co-present the following films which are part of the 1998 Frameline San Francisco International Lesbian & Gay Film Festival. The festival will be taking place Thursday, June 18–Sunday, June 28 at the Castro, Victoria & Roxie Theatres. Check out their website at: www.frameline.org.

Rosa von Praunheim’s documentary begins with 19th century gay personalities—including Oscar Wilde, sexologist Dr. Magnus Hirschfeld, and lawyer Karl Heinrich Hossli—and ends in our very own City by the Bay. Along the way, von Praunheim takes on the immense task of chronicling a mostly Western-European gay history. Using historical reenactments as well as interviews with German historians and citizens, the film details some of the atrocities inflicted on gays through the ages for what was formerly “the love that dare not speak its name.” We’ve come a long way from the days of Nazi concentration camps and blackmailing. For von Praunheim there’s no clearer picture of that change than present day San Francisco. He portrays the city over the rainbow as the nexus of a broader queer sensibility, a place where our identities have moved well beyond closed doors and into city hall. Von Praunheim captures bear love at the annual Folsom Street Fair, lesbian parents speaking out at a local PTA meeting, and drag queens campaigning for Presidential office. In Rosa’s eyes, the future could not be brighter. 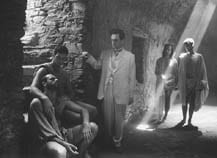 Cavafy
Iannis Smaragdis, director 1996 Greece/France 85 min. 35 mm.
Friday June 19, 5 pm Castro Theater
Sunday, June 21, 2 pm Castro Theater
Winner of Greece’s National Film Award for Best Feature in 1997, Cavafy chronicles the life of C. P. Cavafy, one of modern Greece’s greatest poets, whose intensely homoerotic imagery heavily influenced painter David Hockney and author Lawrence Durell’s “Alexandria Quartet.” Cavafy’s “Ithaca” was Jackie O’s favorite poem and was read by JFK, Jr. at her funeral. Narrating this film from his deathbed, Cavafy recalls the events that shaped his life until the Arab uprising forced them to flee to Constantinople. There, as a young man, Cavafy discovered the city’s erotic night life and gained a new awareness of his own sexuality. Returning to Alexandria as an adult, Cavafy worked by day to earn a living but led an altogether different life at night. He wrote eloquently of his nocturnal experiences, extolling the virtues of the beautiful young men he admired. With a lush score by Vangelis and rich visual images from director Iannis Smaragdis, this lyrical film will stay with you long after it has ended. 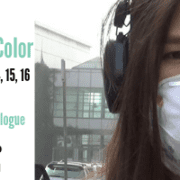 There has been a problem with your Instagram Feed.
Joe Goode – Deeply There