This is What I Want (TIWIW) is an annual live art festival about desire, intent on redefining the relationship between intimacy and performance.   This year, in it’s third iteration, TIWIW looks at the intimacy of desire through the lens of economy.  Can the reformulation of desire provide a fresh lens through which to consider the economy? Desire has already been envisioned beyond conventional heterosexuality, but can capitalist economies be reformulated by the queering of desire?

Performance (two separate bills): Tuesday through Friday, June 26th – 29th, 8pm Slow Sex Symposium and This is What YOU Want Participatory Experiential is set for Sat. June 30, 8pm, and will be housed at CenterForSexAndCulture at 1349 Mission St SF, CA 94103

Four parts performance, two parts symposia and one part audience participatory experiential, TIWIW 2012 promises to break notions of desire in half, combining wants in relation to concepts of transactional value, it emerges with projects that sit squarely in the very margins between sweet transcendence and reckless confusion–just like our blessedly complicated sexualities and our so often utterly simple wants.

This is What I Want 2012 is produced by THEOFFCENTER under Artistic Director Tessa Wills, with Production assistance by Racheal Ditcher and executive production support by Ernesto Sopprani (THEOFFCENTER)

This is What I want is presented as an offering of the National Queers Arts Festival in Collaboration with SOMArts Cultural Center, Center for Sex and Culture, Queer Cultural Center and THEOFFCENTER.

Dav End (San Francisco) – DavEnd is a tender-hearted, genderqueer, costume designing, accordion weilding songwriter, performing artist and designer based in San Francisco. Ms. End has released two studio albums (How To Hold Your Own Hand, Fruits Commonly Mistaken For Vegetables) and for the past 6 years, has been touring extensively in the U.S., performing at queer teen centers, festivals, colleges, theatres and backyards. Between tours, Ms. End designs costumes, and most recently has been working on writing and producing a new musical, costume designing and dancing in production numbers for songwriter Kimya Dawson, and appearing in Taylor Mac’s epic 5 hour play, The Lily’s Revenge. DavEnd’s current project,Fabulous Artistic Guys Get Overtly Traumatized Sometimes: The Musical!,brings together the worlds of music and radical performance art in a theatrical extravaganza, exploring the effects of heterosexism and street harassment on the development of queer identity.

Carley Hague.(London) – A performance artist, dancer, stylist and designer based in London. Carley works often as a solo artist doing strange and challenging performances in nightclubs, galleries and theatres. She has also co-managed large group projects at English Festivals (Glastonbury, Latitude, Secret Garden) and done regular slots at Copenhagen ‘Grotesque Burlesque’ events. Carley have performed regularly with three bands as part of their stage shows. Alongside this she design stage outfits for artists such as Jessie J, Paloma Faith, Skunk Anansie, Bat for Lashes and numerous other artists, performers and dancers well recognised in the UK.

Mabel Negrete (Los Angeles) – Mabel Negrete is a performance-research based artist and activist, whose work is constantly challenging how we define our bodies in relation to the intangible and menacing qualities of our built environment. She is currently living in Philadelphia and conducting a series of artistic research with the Counter Narrative Society to understand the historical institutions of social control that give birth to social, spatial and modern democratic concepts of justice, incarceration and penitence. She holds a Master of Science in Art, Culture and Technology from the Massachusetts Institute of Technology and a BFA from the San Francisco Art Institute. She is also a recipient of several recognitions including MIT Presidential Award 2009 and MIT Architecture Department Fellowship 2009-2011, Zellerbach Family Foundation & W.A. Gerbode Foundation 2006, and Osher Memorial Merit Scholarship – San Francisco Art Institute 2003-2006. Her work has been presented in a variety of public spaces and cultural institutions: Alcatraz Island, CA; Boston City Hall, MA; Massachusetts Institute of Technology, MA; Art Of This gallery, MI; De Young Museum, CA; The Intersection for the Arts, CA; Galleria de la Raza, CA; Primo Piano LivinGallery, Lecce Italy; Southern Exposure, CA; New College of California, CA; San Francisco World Affairs Counsel, CA; and the USF-University of San Francisco, CA.

Mica Sigourney (San Francisco) – Mica Sigourney- As student of theater and performance for 25 years, Sigourney has specialized in physical theater, improvisation and site specific performance. 6 years ago he fled the proscenium stage and traditional venues and refocused his energies on go-go performance installations and the populace stages of the nightlife. 2 years ago he created drag persona VivvyAnne ForeverMORE! and since has performed on stages and festivals in San Francisco, L.A. New York, and London, and in the deYoung, the New Museum (nyc) and Yerba Buena Center for the arts.  Sigourney also produces the WORK MORE! series, a twice a year drag production featuring nightlife performers presented in a “real” theater context, where their processes are exposed, and their boundaries pushed. As a writer his work has been featured as part of the Radar Reading series alongside San Francisco’s Poet Laureate.

Nick Duran Los Angeles) – Nick Duran is a native of southern California. He began his dance studies at the Idyllwild Arts Academy and holds a MFA in Dance from the University of Illinois at Urbana-Champaign and a BFA in Dance from New York University’s Tisch School of the Arts. Duran has worked with Brian Brooks, Seán Curran, Neil Greenberg, Fiona Marcotty, Victoria Marks, Mark Morris, Dušan Týnek, and Johannes Wieland, and as choreographic assistant to Sara Hook, Jennifer Monson, and Tere O’Connor. His choreography has been presented by Dance Theatre Workshop, MGM Grand, 3rd Ward Brooklyn Creative, DanceNow/NYC, Movement Research at the Judson Church, Krannert Center for the Performing Arts, the Roy and Edna Disney Cal Arts Theatre (REDCAT), and Pieter Performance Art Space Dance. He has taught at the Open Look Festival in St. Petersburg, Russia, the Yard on Martha’s Vineyard, New York University, University of Illinois at Urbana-Champaign, California State University, Long Beach, and presently at Pomona College and in the UCLA Department of World Arts and Cultures/Dance.

Jmy James Kidd,(Los Angeles) (b. 1979, San Francisco) works out of her studio in Los Angeles, Pieter. She has danced for Stanley Love Performance Group, luciana achugar, Nancy Meehan, Sarah Michelson, Neil Greenberg, Walter Dundervill, The Mel Wong Dance Company and apprenticed with the Merce Cunningham Dance Company. She has made work with Elizabeth Ward, Amy Granat and Eleanor Hullihan. She is part of the trio MGM Grand, which has been presented by Museum of Contemporary Art Detroit, Creative Time at Miami Art Basel, The Kitchen, Massachusetts Institute of Technology Theater Department, Pacific Northwest College of Art, Highways and PaceWildenstien as well as many private homes, galleries, gardens and garages. They are represented by Callicoon Fine Arts. Her solo work has been presented at LACE, La Live Arts, Joshua Tree Art Tours and Pieter. She is 2012 CHIME Southern California recipient, mentee to Julie Tolentino. She makes dancer-wear and dance costumes under the label James Kidd and designed for John Jasperse, Melanie Rios, Rebecca Bruno, Dawn Kasper, Sarah Michelson, Neil Greenberg, Anna Sperber and Ben Asriel. In NYC she started AUNTS, a performance platform and CLASSCLASSCLASS, an organization in support of emerging dance teachers

Rafael Esparza (Los Angeles) – Rafael Esparza is a mutli-disciplinary artist living and working out of Los Angeles. Using predominantly performance as his current line of inquiry he interacts with installations to investigate moments in time inaccessible to him. Rafa uses his work, a site, as a means to re-identity (with) pre-existing and non-existent myths related to historical and cultural representations of the body. He recently earned his B.A. in Art at UCLA’s School of Art and Architecture, and has performed and exhibited his work in various galleries and public sites throughout L.A. such as REDCAT, Los Angelels Contemporary Exhibitions, and UCLA’s New Wight Gallery.

Sara Kraft (San Francisco) -SARA KRAFT is an interdisciplinary artist, performer, director, writer, songwriter/vocalist, producer and educator who creates original work drawing from a broad background in the live arts, performance, film/video, music, installation and site specific work. Deemed by American Theatre Magazine as “a  doyenne of San Francisco’s avant-garde theatre scene,” her award winning work has gained acclaim for its integration of live media and performance, fusing form and content in ground breaking ways and weaving disparate mediums and non-linear narratives into evening length works. She also gained acclaim for her work as part of the multimedia performance collaborative Kraft + Purver. Her work has been seen in the US and Europe at venues including YBCA, The MCA Chicago, ODC, EMPAC, the Ontological- Hysteric, HERE American Living Room Festival, and SF International Arts Festival. Her last evening length project was commissioned by YBCA, CounterPULSE, Z Space & Magic Theater New Works Initiative, and presented by YBCA in 2010.  Her work has been supported byvarious residencies, as well as grants including Zellerbach Family Foundation, the William and Flora Hewlett Foundation, SFAC IAC, and TBA CASH. TIWIW will be one of Kraft’s first public performances in the bay area after a 2 year hiatus.

Taisha Paggett (Los Angeles) – Taisha Paggett makes things and is interested in what bodies do. She believes language is tricky, thoughts are powerful, and that people are most beautiful when looking up. Her work and collaborations for the stage, gallery and public sphere have been presented locally, nationally and internationally. Her work includes individual and collaborative investigations into questions of the body, agency and the phenomenology of race. In addition to her group choreographies and solo durational pieces, she has worked collaboratively, toured with and made significant creative contributions to the projects of Meg Wolfe, Victoria Marks, David Roussève, Cid Pearlman, Cheng-Chieh Yu, Baker-Tarpaga Projects, Kelly Nipper and Rebecca Alson-Milkman. She is a past member of Ultra-red and maintains an ongoing collaborative project with visual artist Ashley Hunt, “On movement, thought and politics,” which has taken form as workshop, performance, video and mixed media installation. In 2006 she co-instigated itch dance journal. She holds an MFA from UCLA’s Department of World Arts and Cultures/Dance and is currently a member of the Dance Faculty of Columbia College in Chicago.

Symposia curated by Doran George presenting facilitated conversations on both Performing and Practicing Radical Desire, and to end an audience participatory experiential on articulating personal desires by Tessa Wills and collaborators.

About the presenting organizations:

THEOFFCENTER – THEOFFCENTER’s objective is to research Queer sensibilities as a lens for contemporary thought, art, action, and community. By providing a multi-disciplinary forum we look to question issues around gender, race, resilience, identity, engagement, and evolution. Our focus is to provide resources and provocation to emerging and established art-makers who are dedicated to the intentional negotiation of concepts, modalities and/or voices of a Queer lens. Furthermore, we seek to contextualize ourselves, our programming and our mission within contemporary realities, historical wisdom, and global intelligence.

SOMArts Cultural Center – The mission of SOMArts is to promote and nurture art on the community level, and to foster an appreciation of and respect for all cultures. Founded in 1979, SOMArts embraces the entire spectrum of arts practice and cultural identity, and it is beloved in San Francisco as a truly multicultural, community-built space where cutting-edge events and counterculture commingle with traditional art forms.

Center for Sex and Culture – The Mission of the Center for Sex & Culture is to provide judgment-free education, cultural events, a library/media archive, and other resources to audiences across the sexual and gender spectrum; and to research and disseminate factual information, framing and informing issues of public policy and public health.

Queer Cultural Center – Founded in 1993, Qcc is a multiracial community-building organization that fosters the artistic, economic and cultural development of San Francisco’s LGBT community. We implement our mission by operating programs that commission and present Queer artists, that promote the development of culturally diverse Queer arts organizations and that document significant Queer arts events taking place in San Francisco. 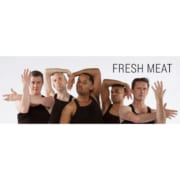 Spouses for Life – The Process

FOLLOW US!
That’s What She SaidQueer Rebels 2012
Scroll to top