Qcc will host for one night only, the voices and music of San Francisco’s amazing trans and non-binary community. In our reimagined version of Andrew Lloyd Webber’s radical rock opera, Jesus, Mary Magdalene, and the disciples are recast as a band of queer trans women, featuring Star Amerasu, Mya Byrne, and Akira Jackson.

The original JCS was an allegory for the social change of the 70s. With our all-trans recasting we hope to allude to current social change and highlight the ways in which queer and trans people have always led the fight against the status quo. Staging it with an all-trans cast in San Francisco’s activist community in 2018 questions the common way this story is told, and showcases the underrepresented trans/nb theatrical and musical professionals who are so often denied the kind of employment we absolutely deserve. 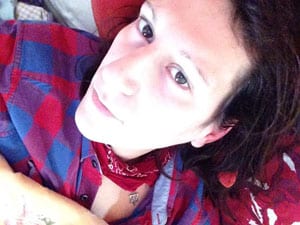 Mya Byrne is an award-winning songwriter, poet, and proud trans dyke. She’s been featured on national TV and radio, NPR, Spotify, music festivals, many queer/Pride events (most recently the 2017 SF Trans March), and has opened for many of her heroes, including Rae Spoon and Levon Helm. In addition to her solo career, she plays bass, guitar, and mandolin for others onstage and studio, including SF’s Homobiles. Her writing has been published by EOAGH, The James Franco Review, and The Advocate, among others. www.myabyrne.com @myadriene   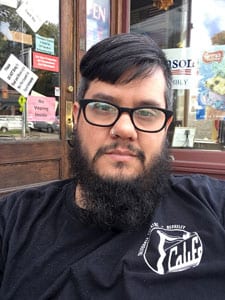 Lorin Murphy is a QTPOC filmmaker and producer. He is Bay Area born and raised, graduated from the Academy of Arts College in 2003, and has been working as a film projectionist in Berkeley since 2002. His work over the last 15 years is collage in nature and draws heavily on his experience utilizing film as a medium in and of itself. His more experimental works are made using 16mm film, bleach, ink and removal of emulsion. A live score usually accompanies films.

Lorin, along with other queer film community members, founded Periwinkle Cinema in 2011. Their first official release, The Hanky Code Movie, was received to great acclaim internationally, premiering at the 2015 National Queer Arts Festival. Over the course of seven years the Periwinkle team has worked with hundreds of queer and trans artists from the US and Canada to bring monthly screenings of avant-garde short films and features to the cities of San Francisco and Oakland. 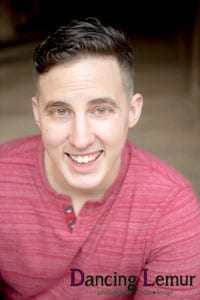 Adam Plant, M.Div is a queer trans man of faith living in North Carolina. As a 2016 graduate of Wake Forest University School of Divinity, Adam is passionate about doing advocacy work at the intersection of gender identity, sexual orientation, and faith/spirituality. He is also a professional actor and has performed with regional theaters around the state. In his free time Adam enjoys going on adventures with his dog, Obiwan Kenobi. 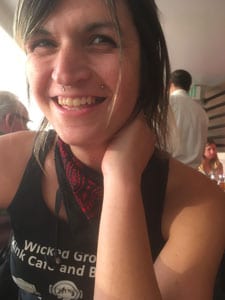 Kim Dru is an east coast Tran-Women and trans plant. She has lived in the SF Bay area since 2011 and has been moving in the faith community for the last two years where she is doing community outreach and preaching.

LGCSF was founded in 1980 by Bay Area musicians and community members, and first named the San Francisco Lesbian and Gay Men’s Community Chorus. Under the direction of conductor, singer and pianist Robin Kay, the Chorus participated in a number of historical gay and lesbian community events. Some of the highlights included the Gay Musical Celebration at Grace Cathedral in 1980, and the annual Gay Freedom Day Parade. The Chorus was a part of the nonprofit arts organization, Golden Gate Performing Arts, Inc. (GGPA), whose mission was to “support the growth and expression of performing artists in the [LGBT] community.” The Chorus helped to found the Gay and Lesbian Association of Choruses (GALA) in 1981, and was renamed the Lesbian/Gay Chorus of San Francisco in 1984. 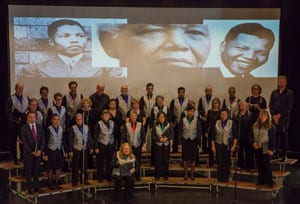 LGCSF continued to serve its community by celebrating gay and lesbian culture with performances at events such as San Francisco’s annual Pride Concerts, Gay Games II in 1986, and Joan Baez’s Christmas Concert at the Warfield in 1987. LGCSF also performed at many AIDS fundraisers throughout the late 1980s and 1990s, including “In the Memory of Friends” at the Palace of Fine Arts Theatre, and a cabaret show at the fabulous Venetian Room of the Fairmont Hotel, with Marga Gomez as emcee.

The 1990s saw many accomplishments for LGCSF. Under the direction of Pat Parr, LGCSF produced its first CD in 1994, “Together in Harmony,” and performed Carmina Burana with the Peninsula Ballet Company and full orchestra at the Palace of Fine Arts Theater in 1996. The Chorus received the Bob Cramer Award for Excellence at the Cable Car Awards in 1992, as well as several Best Concert Awards in past years. LGCSF was the first gay and lesbian group to win the San Francisco Chamber of Commerce Arts Excellence Award (1994).

LGCSF has always sought to contribute to the LGBT community by promoting the work of gay and lesbian composers and providing positive examples of LGBT culture. The Chorus produced a Lesbian and Gay Composers Concert in 1993. In 1994 the Chorus performed at the 13th Annual International Convention of Parents and Friends of Lesbians and Gays (PFLAG). It also participated in several GALA Choruses Festivals, with thousands of singers attending. In the Fall of 2002, LGCSF members travelled to Sydney, Australia for Gay Games VI, “Under New Skies.” They sang with the Gay and Lesbian Choruses of the World in the Opening Ceremonies, and in the sold-out “Sing Out” performance at the Sydney Opera House. More recently the Chorus performed at the historic Castro Theater Christmas Eve Holiday concerts in 2001 and 2002, with the San Francisco Gay Men’s Chorus (SFGMC).
Directed By   MICHAEL REILLY – 2017 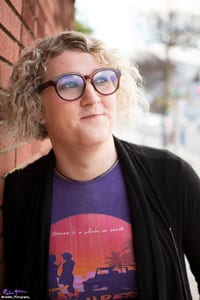 Highlighted by VICE for her “wry observational comedy, radical openness, and casually inviting demeanor,” Riley Silverman has been seen on Take My Wife, Comedy Central’s Not Safe with Nikki Glaser, and headlining 2017’s Portland Queer Comedy Festival and the All Jane Comedy Festival. Her debut comedy album, Intimate Apparel, was a #1 best seller on Amazon. Riley is the head writer for the International Waters comedy panel show podcast, was a body diversity model for the fashion brand ModCloth, and was listed as one of 100 Queer Women We Love by GO Magazine, and “10 Women Comedians Who Smash the Patriarchy” by The Culture Trip. 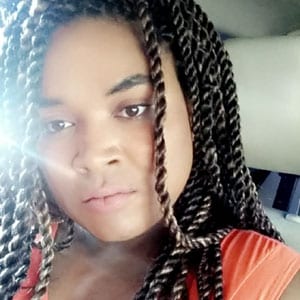 LAM#femmebear’s (LeahAnn Mitchell) new music is an experiment in soulful and rhythmic afro beats mixed with hip-hop jazz, combining and transcending genres. She’s also currently starring in “The red shades” a trans super hero rock opera, that garnered her a critic top pick right up in the opera section of the san francisco chronicle for the week of April 1st.

While currently an independent Bay Area music producer, songwriter, engineer, vocalist, and live performing artist, she has also worked with many major label talents in various capacities including Sony, Sony Red And Massenburg Entertainment. She has engineered for Grammy Award winner Le’Andria Johnson as well as Eric Dawkins of the Grammy Award winning production team, The Underdogs. Additionally, she produced and wrote with Grammy Award-winning songwriters The Jackie Boyz. She’s influenced by the works of Imogen Heap, Ellie Goulding, Kate Havnevik, Dr. Dre, Brandy, Timbaland and Salem Al Fakir. Be ready to experience the lush, eclectic sounds of LAM#femmebear. 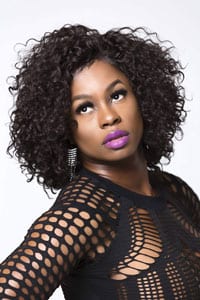 Tajah J is a Contemporary R&B, Soul, EDM, and Pop artist. Born and raised in Detroit, Michigan and currently lives in the S.F Bay Area. Her artistry embodies her life’s struggles. Tajah J is a multimedia artist, who writes, produces, and engineers her own music. She is also an activist in LGBTQ community and for people who are currently and formerly incarcerated. 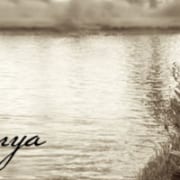 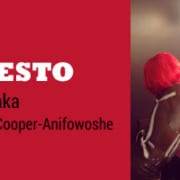