Back by popular demand, The Crackpot Crones are appearing again as part of the National Queer Arts Festival.  Celebrate Gay Pride AND Summer Solstice with Terry Baum and Carolyn Myers, two pioneer funny feminists on Thursday, June 21 at 8 pm at The Garage.  With sketch comedy and improvisation, the Crones portray their screwball vision lesbian life from 19th Century England to the glorious present in San Francisco.  It’s never the same show twice!

Terry Baum and Carolyn Myers have been delighting audiences with their wit and weirdness for a generation, if not two.  Baum, performing original material in the Bay Area since 1975, was dubbed “the Lesbian Woody Allen” by the SF Chronicle.  Myers, a master of improv from Oregon, is one of the Hamazons, Warrior Princesses of Comedy.  As long-time collaborators, they were core members of Lilith Feminist Theater (1975-1983) and created Dos Lesbos, A Play By, For and About Perverts in 1981.  Together since 2008 as the Crackpot Crones, they have performed at festivals, colleges and living rooms from New York City to New Mexico to Los Angeles.

This all-about-lesbians show brings back a Crone horror movie classic, the transformation of a proper Victorian lady into a raging bulldyke under the influence of the full moon (see photo).   The Crones will also debut brand-new Coming-out-to-Mom scenes – as if written by Ibsen, Jane Austen and Gertrude Stein. Throughout the evening, the audience will contribute suggestions for  the improvisations “Sappho Returns,” “Theresa Thesaurus,” and “How I Met My True Love.”  A Summer Solstice ritual will end the evening. 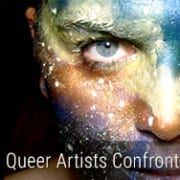 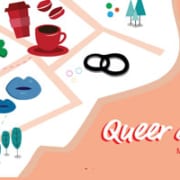 FOLLOW US!
Sex Tips for Straight ChicksMarga and The Babes
Scroll to top