Out of Apathy
Artist/Producer— Oratrix productions from Seattle! 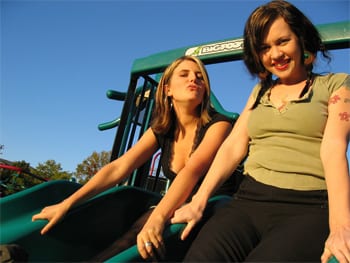 We live in a culture of war: internationally, domestically, and internally.  Amy Mahoney, Katinka Kraft, Tara Hardy, and Lane Stroud are fiercely writing themselves out of a battle of apathy born of heartbreak.  In a country that replaces schools with prison, exploits its poor and anyone it defines as ‘other,’ exalts a culture of wealth and celebrity, delivers aggression abroad, thrives on religious puritanical terrorism, the most difficult battle is the one to truly believe that you can make a difference. These poets are here to remind you that words can be a vehicle out of apathy.

FOLLOW US!
Rally the Troupes 2006 La Lunada
Scroll to top