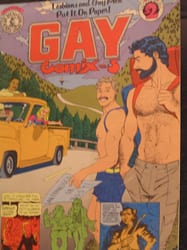 Exhibition curator Justin Hall assembles some of today’s most influential and controversial cartoonists as they explore the remarkable diversity of queer culture and the comics. No Straight Lines features everything from homicidal lesbian terrorists to superheroine drag queens, coming-out stories to political commentaries, autobiographical rants to the most extreme flights of fancy and all points in between. 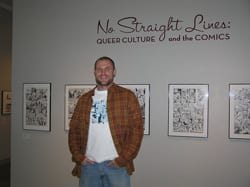 No Straight Lines also features individual spotlights on Alison Bechdel, creator of the nationally-syndicated strip Dykes to Watch Out For and Howard Cruse, creator of the series Wendel and the award-winning graphic novel Stuck Rubber Baby.

Visit the exhibition at The Cartoon Art Museum before coming to this closing reception and be sure to check out Alison Bechdel’s appearance in the festival on June 13! 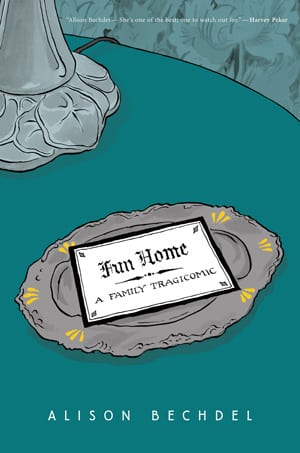 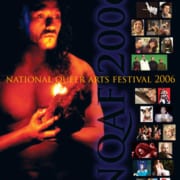 FOLLOW US!
Pick Up the Mic – PartyTrans March 2006
Scroll to top