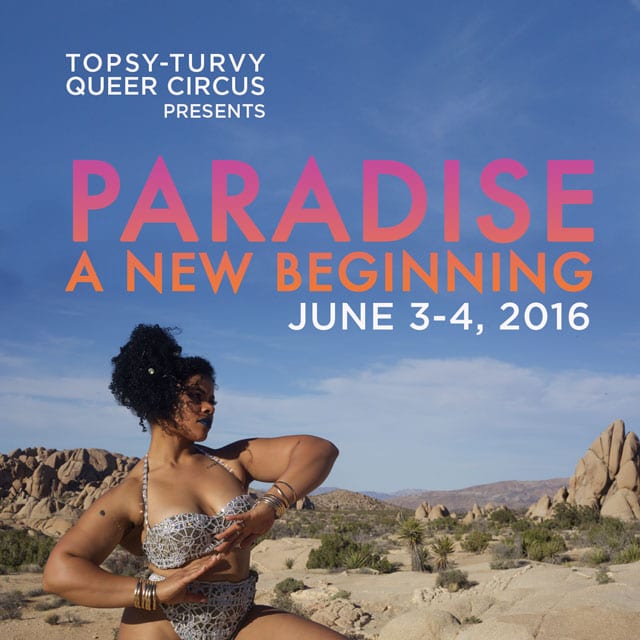 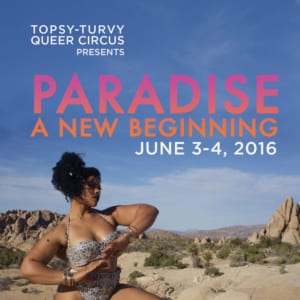 Topsy-Turvy, the Bay Area’s first queer circus, soars to new heights with its 4th annual production PARADISE. Told through stunning aerial and acrobatic performances and narrated by queen chanteuse Honey Mahogany (RuPaul’s Drag Race), PARADISE follows an angel after she falls from a pole that connects heaven to earth. This ethereal seraph must defy gravity and navigate a world of demigods and mysticism on her quest to return home. 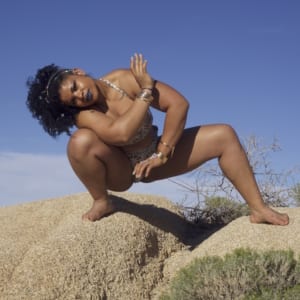 India Davis, Topsy-Turvy’s Artistic Director, Producer and Performer, is guided by themes of multi-dimensionality, spirit, and the link between legacy, timelessness and future manifestation through the body. A trained acrobat and aerialist, India combines physical feats with dance to illustrate the breadth of her inspirations. Also skilled in moving image and theater practices, Davis has been a solo and collaborative creator of many productions including a one-woman show, a full-length queer musical, and an Afro-futuristic short film, to name a few. She is a graduate of the New England Center for Circus Arts Professional Track program, and has been a two time resident at the Peñasco Theater summer residency series in New Mexico. India teaches Aerial Hoop at Kinetic Arts Center, and The Mat in Oakland, as well as wildly popular weekly private pole classes for Queer and Trans People of Color and Women of Color. She is a founding member and choreographer of Body Waves, a Black Queer acrobatic dance and multidisciplinary art collective. India lives in Oakland, CA. rubydiamondarts.com 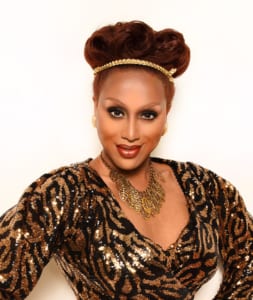 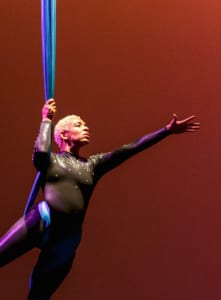 Kiebpoli “Black*Acrobat” Calnek is an actress, aerialist, and director. She is a graduate of CCNY, a member of the Lincoln Center Directors Lab, and of the Actors’ Equity Association. Her works have received generous funding and support from Elizabeth Streb, Astrea Foundation, Asian Arts Initiative, and The New York Foundation for the Arts. Kiebpoli is the proud founder and artistic director of Black*Acrobat, a social enterprise that seeks to empower fringe communities through the vertical world of aerial acrobatics with devised theatrical performances. Our shows tackle provocative dark subjects and re-imagine stories of the black diaspora. Fusing arts & activism by depicting what seems impossible, Black*Acrobat endeavors to educate, inspire, and sustain community (r)evolution. kiebpoli.com 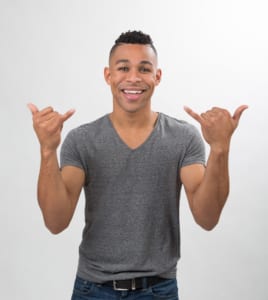 Brandon Kazen-Maddox is a professional American Sign Language (ASL) interpreterandblends the linguistics of ASL, the explosive qualities of acrobatics and the technique of various styles of dance to cultivate a new form of performance art he has named American Sign Language Acrobatic Dance, or ASLAD. Brandon has performed works of ASLAD in 2014 Bay Area Deaf as well as the Black Choreographer’s Festival through his performance company, Body.Language.Productions. 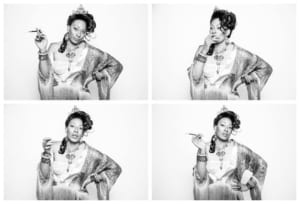 The Lady Ms. Vagina Jenkins is a performance artist, stand up comedian, designer/seamstress/milliner, writer, burlesque sensation and organizer of note. Ms. Jenkins is the Development Associate at the Queer Cultural Center and Coordinator for the National Queer Performing Arts Summit (August 18-21.2016). From her work with The National Femme Conference, to the Mondo Homo Music Festival-Atlanta and producing her own touring and local productions, she knows her way onstage and in that crucial behind-the-scenes work. 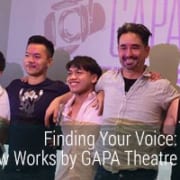 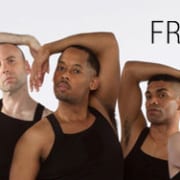 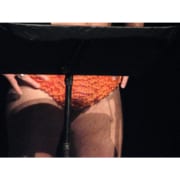 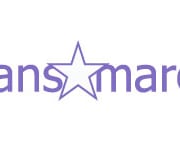 FOLLOW US!
Flexible Horizons; the body in transitBlues Arrival: Stories of The Queer Black South & Migration
Scroll to top