As we celebrate 10 years as a QTPOC Arts Organization, Queer Rebels looks towards the future and to creating the world we want and need.

Faluda Islam, drag queen/revolutionary, weaving a story of Queer Muslim Futurism – dear friend (and community treasure) the one and only Blackberri singing freedom songs connecting our futures to our past – poet, actress, and musician AhSa-Ti Nu a talent, with a voice for the ages – Dawn Rudd, better known as an abstract expressionist painter, she is coming home to an old love, live performance, sharing her healing and inspiring writing with us, because we know there is no future without healing. MORE TBA!

Queer Rebel Fest is proud to feature new art by queer and trans artist of color across generations and genres! Come celebrate 10 YEARS of Queer & Trans Art with Queer Rebels! 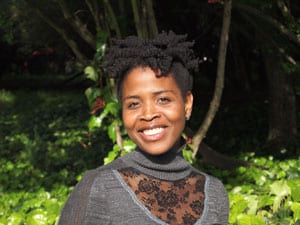 Arisa White is a Cave Canem graduate poet and the author of Black Pearl, Post Pardon, Hurrah’s Nest, A Penny Saved, and You’re the Most Beautiful Thing That Happened. Her poetry has been nominated for a 44th NAACP Image Award, the 82nd California Book Awards, the Wheatley Book Awards, and the 29th Lambda Literary Award. Her chapbook “Fish Walking” and Other Bedtime Stories for My Wife won Daniel Handler’s inaugural Per Diem Poetry Prize. She is a member of the board of directors for Nomadic Press and a recipient of grants and scholarships from the City of Oakland’s Cultural Funding Program, the Center for Cultural Innovation, Community of Writers at Squaw Valley, Poets & Writers, the Fine Arts Work Center, and Bread Loaf Writers’ Conference. She is the creator of the Beautiful Things Project, which is a series of poetic collaborations with QTPOC artists, community organizations, and businesses that spotlight the narratives and experiences of queer and trans people of color. arisawhite.com 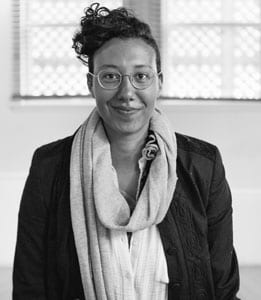 Europa Grace is trained in trauma-informed yoga. Grace received their 500-hour Ayurvedic Yoga training and 200-hour teacher training from Kripalu Center for Yoga and Health. Additional certifications in social and ecological permaculture, ICTC doula training, and the Lineage Project informs Grace’s intersectional approach to movement and wellness. As a holistic wellness coach at the Mental Health Empowerment Project, Grace combined alternative modalities such as yoga, bodywork, Reiki, creative writing, and advocacy to best support patients. Europa has been teaching in residence at the Omega Institute for the last three years. 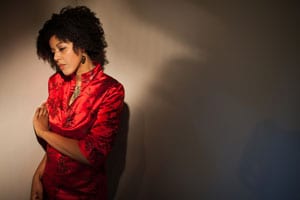 Eki Shola is a musical healer, clinical physician, songwriter, and singer. She composes music that allows listeners to relax and ease the daily stressors of life. Eki shares her gifts with other because she believes connectedness can equate to fulfillment for all. Her debut album, Final Beginning, mixes ambient piano, syncopated beats, unexpected effects, and jazz organ riffs, compelling listeners to reconnect the essence of their being with purpose and inner passion. Ekishola.com 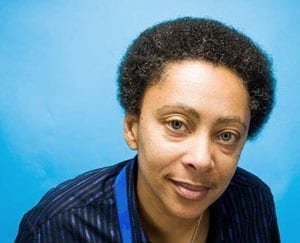 Tijanna O. Eaton is a former recidivist and homeless drug addict who has been clean and sober since 1994. She has served on the Five Keys Schools and Programs Board of Directors since 2006 and was recently elected to the board of the Queer Women of Color Media Arts Project. Tijanna was co-creator of a queer POC recovery conference in the late 90s and was the 2015-17 POC liaison to the International Ms. Leather competition. Tijanna is writing a book about her homelessness and incarceration called BOLT Cutters, a ridiculous tale of three years, twelve arrests, and impossible redemption. 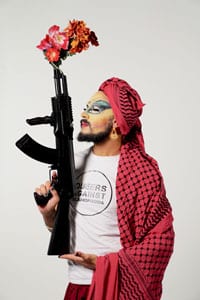 Zulfikar Ali Bhutto//Faluda Islam\\ is an artist, performer, zombie drag queen and curator of mixed Pakistani and Lebanese descent. His work explores complex identity politics formed by centuries of colonialism and exacerbated by contemporary international politics. Bhutto explores the politics of queerness, its intersections with Islam and how it exists in a constant liminal and non-aligned space. Bhutto is currently an artist in residence at SAFEHouse for the Arts, curatorial resident at SOMArts Cultural Center and is a fall artist in residence at the Headlands Center for the Arts. Bhutto is currently based in the Bay Area from where he received his MFA at the San Francisco Art Institute in the summer of 2016. Today he works as a teaching artist, community arts facilitator and part time unicorn in San Francisco. 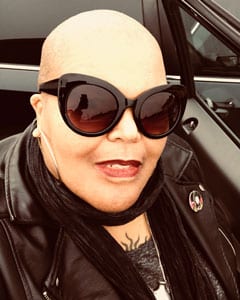 Dawn Rudd: Inspired by emotion, rhythm, nature and ritual; contemporary abstract painter, photographer and poet Dawn Rudd creates with passion and vitality creating work that both engages and transfixes her audience. Born in Connecticut, nurtured by a family of musicians, activists, writers, artists and educators, Dawn studied at UMASS/Amherst and Parsons The New School for Design in New York City before moving to the San Francisco Bay Area. Although best known as an abstract expressionist painter and collagist, Dawn is a published writer and former editor who writes with urgency and intensity. Both subtle and profound, this prolific artists’ body of work is alive, complex and arresting. 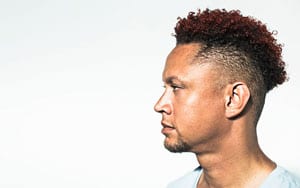 Dazié Rustin Grego-Sykes is an Oakland, California based performance artist. He’s a graduate of The Experimental Performance Institute at New College of California. It was there he learned to transform spoken word into incendiary solo plays. He has been a member of Queer Identified Objects, The Deep Dickollective and has toured with Pomo Afro Homos for the remounting of “Fierce Love.” Dazié’s most recent performance work titled “Nigga-Roo” has been performed at The Flight Deck in Oakland and The San Francisco Fringe Festival where he received the Best of Fringe Award in 2017. In Fall of 2018 Dazié will graduate with an MFA in Interdisciplinary Arts and Writing from the California Institute of Integral Studies. 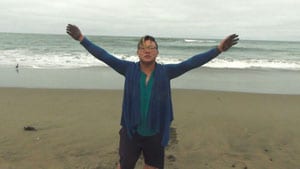 Jai Lei Yee‘s life motto is: stay vulnerable, tender, and fierce. They have published three prints and two poems through Foglifter with Queer Ancestor Projects Writes. Their works include short film My Femme Is A Reflection which has been shown at QWOCMAP and the SF Trans Film Festival. They have been part of the Queer Emerging Artist Residency and performed at Call Them In: A #DignityInProcess Artivist Dinner. They were part of TAKEOVER: Kristina Wong which showed at the Asian Art Museum as part of the Pokémon Socialist Go group. 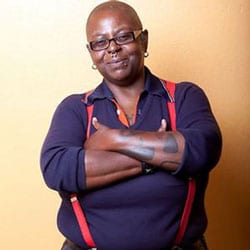 Crystal was a regular behind the scenes and in front of the camera on Electric City Queer TV for several years. Over the past few years , they co-produced the multimedia theater piece Hey, Sailor and created 3 short films: In My Blood, I Know My Soul, and In My Own Hands. In 2016 Crystal created a multimedia performance/installation at Fort Mason as part of the THIS IS WHAT I Want Festival 2016 called There is No Other, Fractured And Complete, Tell Me Something True. They have a thirst for justice and the 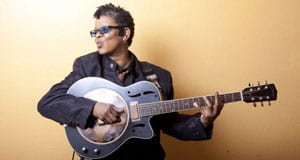 Musician and media artist KB Boyce is a Gender Non Conforming performer whose adventures have brought them from teenage punk band appearances at CBGBs in NY, to B-grade horror movies in LA, and on to solo blues performance as TuffNStuff: Drag King of the Blues in San Francisco. Boyce composes and performs music that pays homage to African-American and Indigenous legacies of resistance through art. Boyce conjures the spirit of cross-dressing Blues performers – reflecting the history, creativity, and aesthetics of the ancestors. KB Boyce is the Co-Founder and Director of Queer Rebels, a Queer People of Color arts company that connects generations – and honors our queer legacies with visionary art for the future.

For more details please visit us:
on FaceBook www.facebook.com/QRProductions/

All Ways Lead to the Mill