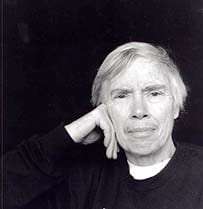 Pauline Oliveros (b. 1932) is one of the most important composers of our time. Her belief in the “sensual nature of sound, its power of release and change” has taken her and her audiences to the outermost edges of sounding, listening, and playing. As an internationally acclaimed accordionist, Oliveros explores unusual tunings and the resonant frequencies of a given space to create unforgettably gorgeous sonic landscapes. Her accordion playing is nothing short of magical: a sonic exploration of acoustic space coupled with the delights of the physical sensation of sound traveling through the body. This collaborative improvisation with Bay Area musicians India Cooke and Karolyn Van Putten (which includes a question and answer session with scholar Martha Mockus) is not to be missed. More info on Ms. Oliveros: www.deeplistening.org/pauline

Pauline Oliveros’ life as a composer, performer and humanitarian is about opening her own and others’ sensibilities to the many facets of sound. Since the 1960s she has influenced American Music profoundly through her work with improvisation, meditation, electronic music, myth, and ritual. Many credit her with being the founder of present day meditative music. All of Oliveros’ work emphasizes musicianship, attention strategies, and improvisational skills. Join in honoring Pauline’s 70th birthday at one of these three concerts. Sounding the Margins is being presented by Meridian Music: Composers in Performance and the Pauline Oliveros Foundation. Musicians from ROVA, Deep Listening Band, Space Between, Circle Trio, Cornelius Cardew Choir, Ghostdance Trio, and many other artists are featured.

Pauline Oliveros has been celebrated worldwide. During the 1960s John Rockwell named her work Bye Bye Butterfly as one of the most significant of that decade. In the 70s she represented the U.S. at the World’s Fair in Osaka, Japan; during the 80s she was honored with a retrospective at the John F. Kennedy Center for the Performing Arts in Washington D.C., and the 1990s began with a letter of distinction from the American Music Center presented at Lincoln Center in New York.