An evening of hilarious performances by veteran comics Marga Gomez, Tom Ammiano, Karen Williams and Maureen Brownsey. Followed by a panel discussion of the “Just Us 80s” to the Comedy Central TV Queers of the 90s. Ron Lanza, panelist, owner of Josie’s Cabaret & Juice Joint and co-founder of the Valencia Rose will be joining us for the panel discussion to discuss the growth and changes in the queer comedy scene. Reserve your seat early, as this will sell out quickly.

Marga Gomez moved to San Francisco and began frequenting the comedy clubs that were sprouting up all over town in the 80’s. Getting stage time wasn’t easy. Being a woman in comedy was not a popular concept in the Reagan years. Add Latina and gay to the equation and it seemed as though Marga’s only option was foodstamps. The Valencia Rose Cabaret opened in 1984 with a commitment to presenting and nurturing gay comedians. Marga was hired on the spot. Shortly thereafter Marga joined forces with five other Latino comedians to create Culture Clash, the first ever Latino comedy troupe in the universe. In 1988 She was voted “Entertainer of the Year” by the San Francisco Council on Entertainment. She has gone on to appearances on HBO, Showtime and Comedy Central and performances in concert halls, colleges, and clubs all over the country.

Tom Ammiano is currently serving as President of the San Francisco Board of Supervisors and has been active in Bay Area politics for over two decades. Tom is also a former teacher and member of the San Francisco Board of Education. Tom “The Mother of Gay Comedy” Ammiano has been a stand up comic since 1980 when he pioneered gay comedy night at the Valencia Rose Cabaret. Since then, he has appeared all over the country willing awards for his fast-pace topical humor.

Karen Williams, solo comic, has entertained audiences from San Francisco to South Beach. She has also performed with some of the best comediennes in the business: Joan Rivers, Sandra Bernhard, Nell Carter, Marga Gomez, Lea Delaria and Kate Clinton, to name drop a few. Nominated for a 1999 GLMA Award for her outrageous comedy CD, “human beings: what a concept,” Karen was also this years host of the Gay and Lesbian Music Awards in NYC. Founder of the International Institute of Humor and Healing Arts (HaHA) based in Cleveland, Karen has expanded her repertoire to include humor-related workshops and seminars for various organizations and corporations.

Maureen Brownsey, panel moderator and performer, has been a stand-up comic whose ten years experience includes Olivia Cruises, national tours and crushing airline, phone and postage debt. This is the fifth semester she has taught stand-up at the Harvey Milk Institute. Her two latest video shorts,The Butch/Femme Polka and The Joke, screen, nationally and internationally at film festivals. She is currently in production on her newest video, “Bonnets.” 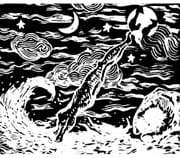