Since 2003, RADAR Productions has hosted monthly literary performance  with an emphasis on queer-centric and underground voices. Each June, RADAR joins forces with the National Queer Arts Festival and the James C Hormel Center of the San Francisco Public Library  to present their queerest and most bombastic lineup of the year. 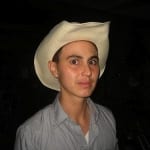 Julian Talamantez Brolaski is the author of Advice for Lovers (City Lights 2012), gowanus atropolis (Ugly Duckling Presse 2011) and co-editor of NO GENDER: Reflections on the Life & Work of kari edwards (Litmus Press / Belladonna Books 2009).  Julian lives in Brooklyn where xe is an editor at Litmus Press and plays country music with Juan & the Pines (www.reverbnation.com/juanandthepines). New work is on the blog hermofwarsaw. 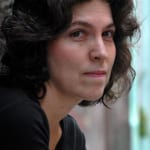 Achy Obejas was born in 1956 in Havana, Cuba, a city that she left six years later when she came to the United States with her parents after the Cuban revolution. She grew up in Michigan City, Indiana, and moved to Chicago in 1979. At the age of thirty-nine, Obejas returned to the island of her birth “for a brief visit and was seduced by a million things”(Shapiro 4). The Cuba of her imagination and experience recur throughout her writings. Obejas poetry has appeared in a number of journals, including Conditions, Revista Chicano-Rique, and The Beloit Poetry Journal. In 1986, she received an NEA fellowship in poetry. Her short stories have also been widely published in journals and anthologies. Her novels include We Came All the Way from Cuba So You Could Dress Like This? (1994) and Memory Mambo (1996), both published by Cleis Press. Memory Mambo won a Lambda Award, and her third novel, Days of Awe (2001), also won the 2002 Lambda Award for Lesbian Fiction. 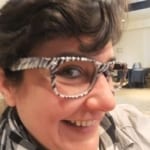 Cuban-American, Anna Margarita Albelo is an award-winning filmmaker, journalist and cultural activist. LA Weekly calls her work, “Riveting” and IndieWire.com spotlighted Anna as a 2011, “Filmmaker to watch!” Her work, shown in over 45 international film festivals (including Cannes, Tribeca, Outfest), blends narrative, documentary, experimental, and comedic elements in to a unique story-telling style that has become her trademark. She currently lives in Los Angeles and has just World Premiered her first feature narrative, “Who’s Afraid of Vagina Wolf?”, a co-production with France’s Local Films and her production company, Burning Bra Productions, about turning 40 and wanting it all.

Anna has just completed an original, half hour documentary, “A Lez in Wonderland” on the Dinah Shore Lesbian Weekend with Canal Plus (France), for whom she has already directed a 10-minute documentary on Lesbian life in Los Angeles. She is also a regular contributor to Pink TV (France), directing cultural news pieces and interviews on the Berlinale Film Festival, Barbara Hammer, Peaches, the Saxenhausen Concentration Camp, and the Mathew Shepard Play, among others. 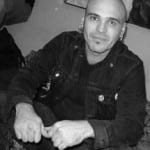 Martin Sorrondeguy is the singer of hardcore bands Los Crudos and Limp Wrist, the founder of the DIY record label, Lengua Armada Discos, documentary film director and a prominent figure in both the straight edge scene and the queercore scene.