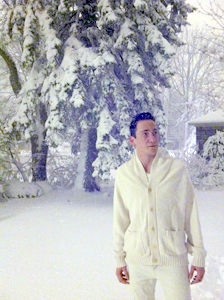 Thomas Page McBee is a “masculinity expert” for VICE and writes the column “Self-Made Man” for the Rumpus. His essays and reportage have appeared in or are forthcoming from the New York Times, TheAtlantic.com, The Believer, Salon, and Buzzfeed, where he is a regular contributor on gender issues.

His manuscript about violence, forgiveness, and what makes a man won the Mary Tanenbaum nonfiction award from the San Francisco Foundation and was a finalist for the 2012 Bakeless literary prize.

Thomas has given lectures about masculinity and media narratives at colleges across the country, and spent five years as the writer-in-residence at the Ruth Asawa School of the Arts in San Francisco. He lives and works in New England. 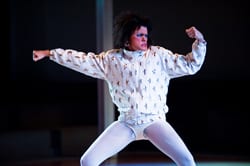 Jibz Cameron is a performance and video artist who lives and works in New York.  After graduating with a BA from the San Francisco Art Institute in 1999, she lived in the bay area and worked on various music projects such as bands The Roofies and Dynasty, as well as acted in many plays and independent films.  In 2002 she began to develop Dynasty Handbag, a one-woman show combining music, audio, video and live performance.  She has since toured extensively in the US and Europe and performance and video work has been seen at such institutions as The New Museum of Contemporary Art, NY,  The Kitchen, NY, OUTFest Los Angeles, Yerba Buena Center for the Arts, San Francisco.  Dynasty Handbag shows have been heralded by the New York Times as “the funniest and most pitch perfect performance seen in years” and a “crackpot genius” by the Village Voice.  She is the recipient of the 2007 Fresh Tracks Artist in Residency Award at Dance Theater Workshop and the 2008 recipient of the Franklin Furnace Fund grant for the performing arts. 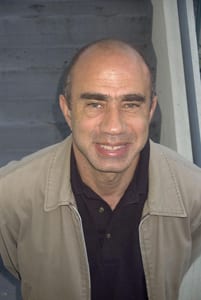 Sometimes solely a playwright, sometimes an actor-to-go, sometimes a director-for-hire, in Brian Freeman‘s latest works he wears all three hats. A social satirist who makes politically charged theatre, he writes deeply personal, epic narratives. In his recent play, Civil Sex, which focuses on the life of civil rights leader Bayard Rustin, he makes tender, tragic, antic theatre and engages the present moment. A founding member of the performance trio, The Pomo Afro Homos (1991-94), Freeman continues to grapple with the position of gay African-American men within the fabric of modern history.
“Like many artists whose work doesn’t sit neatly within a particular form, my work has been seen primarily in alternative venues, performance spaces and festivals. But in the last two years I’ve begun working with regional theatres. The late poet Audre Lorde referenced herself as “Sister Outsider” and I sometimes feel like “Brother Outsider” as I struggle with what it means to move in from the margins. And it’s the less-than-fabulous, the dark, complicated, and messy secrets of history that don’t always make people heroes or saints that I find myself exploring now.” 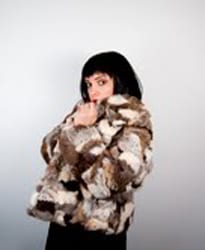 Maryam Farnaz Rostami is a San Francisco based drag queen and contemporary performance artist from Texas. Her work deals with the complexities of the modern condition through the lens of an overachieving child of model minorities. Trained as an architect, Maryam exacerbates and collides her many hats when making performance, and engages audiences on a visual, intellectual and emotional level. She is dedicated to artistic engagement as an invitation for thinking about, looking at and talking to one another differently. Her drag persona, Mona G. Hawd, uses lipsync, movement, narrative and dance and an exaggerated high femme medium to question ownership of images in our culture.

FOLLOW US!
Sugar in Our Blood Frameline 37
Scroll to top