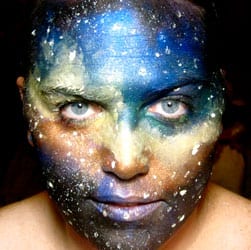 The election happened. Like everyone else, queer artists have been plunged into a new reality. So now what?

Through stories, performance, and multimedia art, queer artists will square off against post-election realities. They’ll draw inspiration, critical lessons, and tactics from past generations of artist-activists who faced down historic challenges. They will interrogate just what the “new normal” is and ask if it really is all that new. They will demonstrate how we can we marshal queer joy, humor, and resilience in spite of the current challenges. Together, they will imagine a queer future that is informed, fierce, inventive, and visionary.

Annie Danger is an artistic tactician. A tactical artician. A political artist bent on the manifesto of the radical hybrid. She is a white, trans, woman radical living in the Bay Area since 1999 who makes interactive theatrical performance which lies, cheats, and charms the viewer into collaboration with her work. She uses cultural archetypes and odd humor as tools of transformation, sneaking in her audience’s back doors to wake them up square in the middle of new ways of seeing. It is often said of her work, “The joke is: it’s not a joke.” She just finished the premiere run of The White Stuff boot camp, co-devised with Anna Martine Whitehead, Brontez Purnell, and Elena Rose. 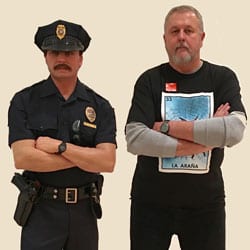 Ed Wolf has been working in the HIV/AIDS field since 1983, as chronicled in the award-winning documentary, “We Were Here.” He has developed HIV-related curriculum for numerous national and international organizations and has facilitated those trainings across the US as well as Peru, South Africa, Uganda and Zimbabwe. His writing has appeared in Art and Understanding, Christopher Street, The James White Review and numerous other publications. He’s told stories at Porchlight, Busting Out, You’re Going To Die Too, Listen for A Change and many other venues. Ed has been nominated for the Pushcart Prize and was awarded the HIV National Educator of Year Award from the body.com. More about him at Edwolf.net 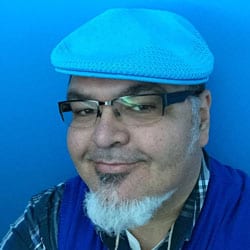 Jaime Cortez is an artist, writer, and cultural worker. His art practice encompasses mixed media, photo, sculpture, installation and often centers on drawing. He has exhibited his art at the Berkeley Art Museum, the Oakland Museum of California, Galería de la Raza, Southern Exposure, Martina Johnston Gallery, and the Yerba Buena Center for the Arts. Jaime’s short stories, comics, and essays have been anthologized in over 15 anthologies, including “KinderGarde” (Small Press Traffic), “Street Art San Francisco” (Abrams Press), and the groundbreaking LGBT comic anthology “No Straight Lines” (Fantagraphics). Jaime has given readings and occasional performances at venues across the Bay Area. His work can be seen at jaimecortez.org 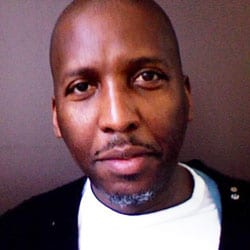 Marvin K. White, holds a Masters of Divinity degree from the Pacific School of Religion in Berkeley. He is currently a Yerba Center for the Arts fellow. From 2014-2016 he was a pastoral and preaching intern at Glide Memorial Church in San Francisco. He is the author of four collections of poetry. White is a liturgist, performer, playwright, visual artist, and community arts organizer, articulating a vision of social, prophetic and creative justice through worship, the theopoetics, the Church of House Music, arts, activism, preaching, baking and being a Facebook statustician. 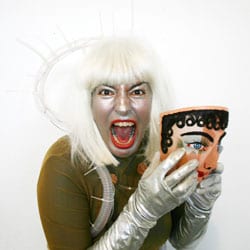 Praba Pilar creates interventionist projects through performance art, street theatre, electronic installations, digital works, video, writing and activism. Her projects – such as BOT I, the Church of Nano Bio Info Cogno, the Cyborg Soap Opera, the Nano Sutra of Mathturbation, and Enigma Symbiotica – have traveled widely in all kinds of spaces, from the streets to museums and galleries. She recently completed a doctorate in Performance Studies at UC Davis. 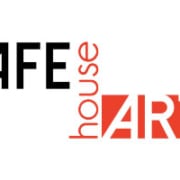 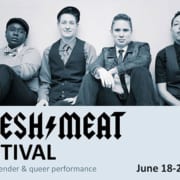 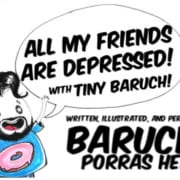