Love Through Deviant Ears: Vol. 2 “Fight Songs” is the second installment of a performance series that began in 2011. The first show, “Low Rider Love Songs” was seen at La Pena and El Teatro Campesino.  We’re excited to bring this show to the National Queer Arts Festival!

The series showcases new, queer, brown, unapologetic work by novice performers and established artists. It asks artists to align their performance work to a particular kind of music to create a new piece. At any one of our “Mixtape” shows, you will always see new work premiered. In this iteration, performers were asked to create a new piece from music that honored our queer ancestors (fighters), inspired their art/activism or marked a milestone in their lives.  A panel that included performance scholars, curators, writers and performers cast the show from submissions that came in from all over the state of California. 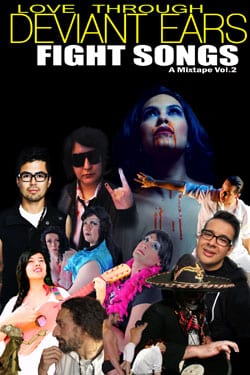 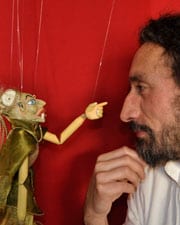 La Chica Boom is a performance artist, ecdysiast and community organizer who explores Chican@ iconography, issues of race, gender and sexuality. She is founder and artistic director of Kaleidoscope Cabaret, a national people of color performance event she produces annually. In 2005, she was awarded the title of Miss Gay Latina for her activist and performance work in the immigrant queer communities.  La Chica Boom is actively engaged in community organizing through her participation with INCITE! Women of Color Against Violence, a national feminist of color grassroots organization. Photo: Bousa Concepts 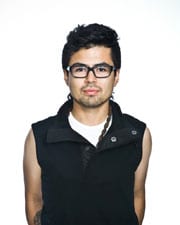 Joaquín Quetzal a “Jota-Nouveau.” She spends her time conspiring modalities for liberation, serving her communities around the world, and balancing her earthly experience with her spiritual truth. This is her first time onstage. 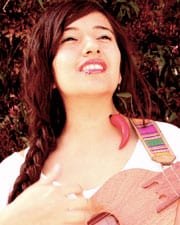 Berenice Dimas is a nepantlera, community organizer, artist, filmmaker, scholar, and a curandera. Her current work involves facilitating healing workshops in the community to help people regain hope and strength. She facilitates sessions focusing on healing physical wounds of the body and metaphysical layers of the self.  Music has become one of the avenues she uses to heal herself.  She also shares collectively with people who are trying to learn/remember/maintain a traditional Mexican music genre and culture, learn about the roots of the music and use it as a tool for consciousness raising, community building, and transformation. 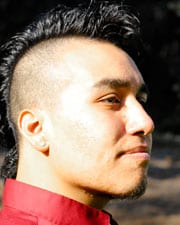 Cuauhtémoc Peranda is a choreographer, dancer and scholar from Santa Cruz, CA. His dance training primarily comes from Tezcatlipoca under David Vargas, Tlaloc-Chalchihuitlicue by Elizabeth and Elena Barron, as well as Stanford University and Mills College. He graduated with honors from Stanford University and was the 2010 recipient of the Sherifa Omade Edoga Prize for Work Addressing Social Issues. Peranda’s work has been presented around the United States, Canada and Mexico. He is the Artistic Director of his company: Cuauhtémoc Peranda Mitote dance company, and is the Director of Choreography for the Santa Cruz Chamber Ballet. 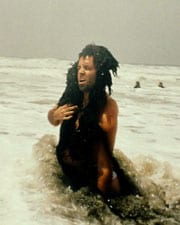 Rob Fatal is a media scholar, filmmaker, performer and sound artist from Oakland, California whose work investigates the concepts of narrative and categorization as they pertain to identity construction and human communication. He is currently pursuing dual bachelors degrees: an MA in Communication Studies at Sacramento State University and an MFA in Fine Arts at California College of the Arts. Fatal’s films and video art have been screened nationally in film festivals and galleries and his academic, critical and short fiction writings have been published in academic journals and online magazines. Photo: Tina Horton 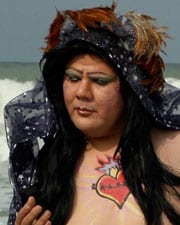 Javier Luis Hurtado is a founding member of NosJotros Crew and produces the Love Through Deviant Ears Mixtape series. The breadth of his performance work is deeply informed by his training backstage and onstage as a member of El Teatro Campesino’s Core Ensemble where he worked under the artistic mentorship of Luis and Kinan Valdez and a full company of Teatro Chicano veteranos who came before him. He is a member of The Hybrid Performance Experiment (“The HyPE”), an experimental performance collective that was in residency at La Peña in Berkeley in 2009. His current work as alter ego Perra Pumps, explores jot@ identity and its relationship to size, desire, tradition and love. Photo: Rob Fatal 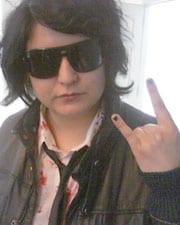 Val Killmore  Val ‘Killmore’ Castro is an award-winning film producer, director and screenwriter.  She started her film career off in New York working for Troma Entertainment where she worked side by side with ‘The Toxic Avenger.’  Val has made over 20 highly acclaimed short films (The Buxotic Beauty Murders, Lost Weekenders and The Terror of Titty Town, etc.), which have screened all around the world.  The Craving, her first feature film, made its world premiere at the Torino GLBT Film Festival and was presented by Dario Argento in May 0f 2011.  The film is distributed by TomCat Films, LLC. Photo: Eddie Granillo 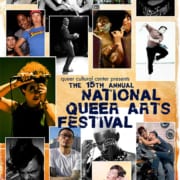